For today, the overall avalanche danger remains LOW with pockets of MODERATE danger where wind slabs are present. We received 5-7 inches of new snow over this past week with moderate to strong winds from various directions. Instabilities will be limited to areas of wind loading near ridgetops, bowls, rock outcrops, chutes and gullies. Winds have primarily blown from the northwest, however periods of wind from other directions have occurred. Be cautious of wind slabs on all aspects and on slopes steeper than 35 degrees.  Most other areas have been scoured down to the old, firm snow surface.

Isolated areas hosting wind slabs will persist on most aspects, especially near and above treeline. Easy failures were found within wind slab layers in the past couple days. Slabs could be shallow to up to 2 feet thick. Failures propagated on layers of facets, below and above a buried, pencil hardness-crust layer, about 30-40 cm deep in snowpack, depending on wind slab thickness. Stability tests have shown easy failures with full propagation in wind loaded areas on these layers, but natural avalanches and/or human triggered avalanches have not been obeserved other than the Spring Hill slide in Avalanche Gulch on 2/20. Bottom line...the greatest instability will be limited to human travel on wind slabs near and above treeline on slopes steeper than 35 degrees.

2-23-13  North side of Mt. Shasta, 4-8 inches new snow, wind affected. Traveled only to the trailhead, not in avalanche terrain. Several feet of snow at the trailhead and no recent tracks. Snowmobiles necessary for approx. 5 miles of road to access the trailhead. Very cold, poor visibility, snowing lightly at the time.

2-20/2-21 - Numerous reports of "whoomfing" and shooting cracks near and above treeline on Mt. Shasta: Giddy Giddy gulch, Anaconda, The Promise Land areas. 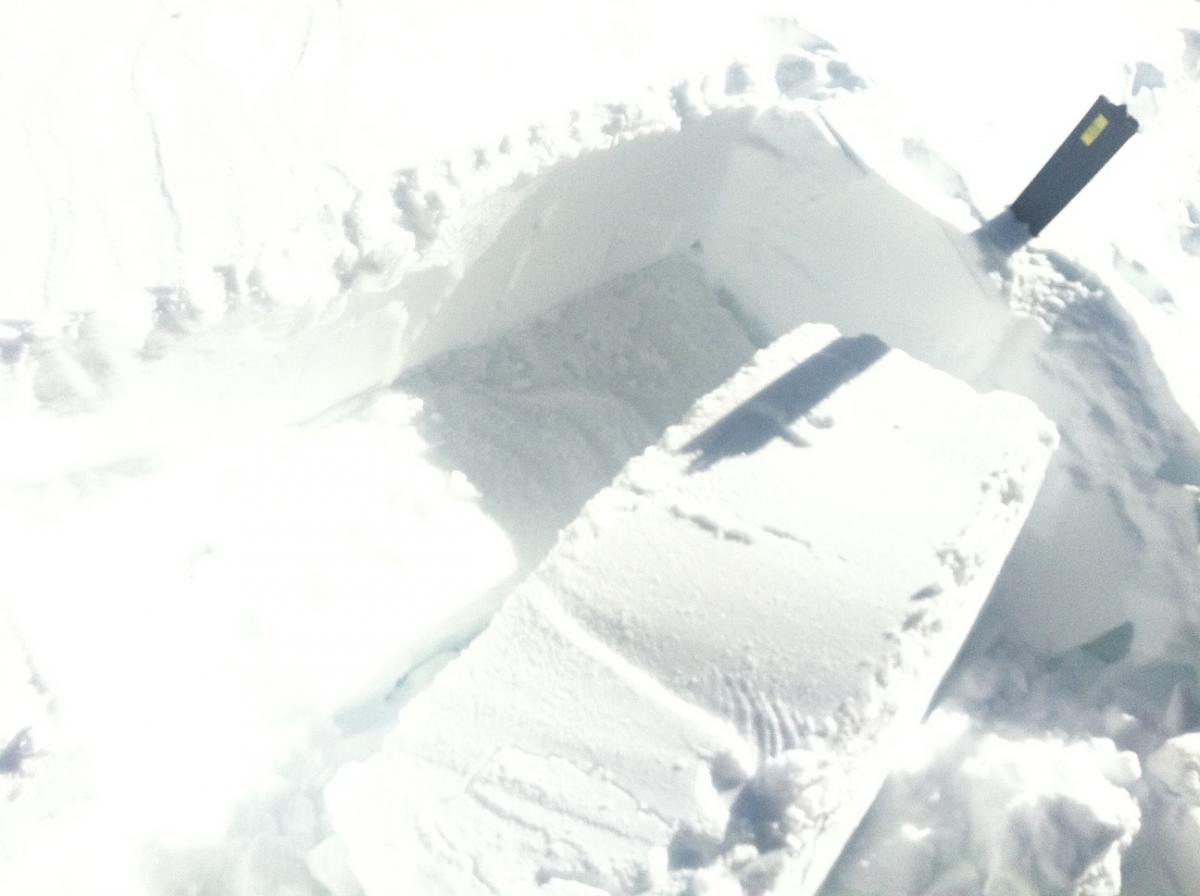 A clearing trend in general will begin today with high pressure building into the work week. Temperatures are slightly warmer this morning and will persist through the day, however another brief cold front is behind and temps will cool again late tonight. A slight disturbance will drop down into the area for Monday, but this storm is expected to be even weaker than the one we just had. I would expect snow levels to start near 5,000 feet and lower to 2,500 to 3,000... Precip totals look meager, around .01 inches of water....which probably means a trace of snow. Snow flurries could continue through Monday, though from the NWS discussion yesterday, "spring-like" conditions will ensue for the latter part of the week. Words that are not exactly music to a skiers ear...especially in February! Lastly, northwest flow will continue to bring us moderate to strong winds above treeline on the mountain, at least through Tuesday.

THIS SEASON:    A brief re-cap of the snow season thus far in Mt. Shasta... Leading up until now, September and October were warm and dry with September recording exactly zero precipitation. November remained warmer than normal with precipitation almost double normal values, 9.16" vs. 5.08". A local weather COOP observed the 2nd wettest November on record. December started out wet and warm, but temperatures cooled and brought snow to very low elevations. Since our avalanche cycle near Christmas, we've had a few small storms that brought some amounts of snow to the area, but did not produced any notable avalanches. January was below normal for precipitation with a long period of high pressure and sun that kept skiing conditions somewhat meager. We've had a few storms lately that has brought a pittance of wintery weather, but nothing to write home about!  The area has been under siege by high pressure overall giving us blue bird days for the most part. Feb 7/8 gave us up to 11" of new snow followed by moderate NE winds. Most recently, on 2-22 a trace to and inch of snow fell in the area. High and dry weather is expected for the next week and potentially the rest of the month. We currently have 6-10 feet of snow above 6,500 ft. Since September 1st, Mt Shasta sits at 78% of normal, 22.55" recorded; normal 28.81". For 2013, we sit at 14% of normal with 1.85" recorded and 12.93" normal.