A Northern California native who grew up in Graeagle, CA, Nick Meyers was appointed Lead Climbing Ranger and Avalanche Forecaster in 2010.  His career on Mount Shasta began as a summer internship back in 2002 while attending Feather River and Western State College for a degree in Recreation Leadership and Business.  Nick’s mountain sense and technical skills have developed and evolved much from his own personal climbing and ski missions.  Nick has scaled the Dolomites, skied Colorado’s 14ers and motorcycled the deserts and mountains of the Western United States on his dirt bike.  His adventurous spirit and fearless leadership commands our team of rangers in the high stress and high risk operations of Search and Rescue on Mount Shasta. Nick is also the Director of the Mt. Shasta Avalanche Center, issuing avalanche advisories and teaching awareness and companion rescue courses for the winter months.  In 2022, Nick will have been a ranger on Mt. Shasta for 20 years!

Fun fact: Nick somehow landed the front cover Popular Mechanics. From that, a couple articles ensued. Click on the links below to check them out and learn more about Nick! 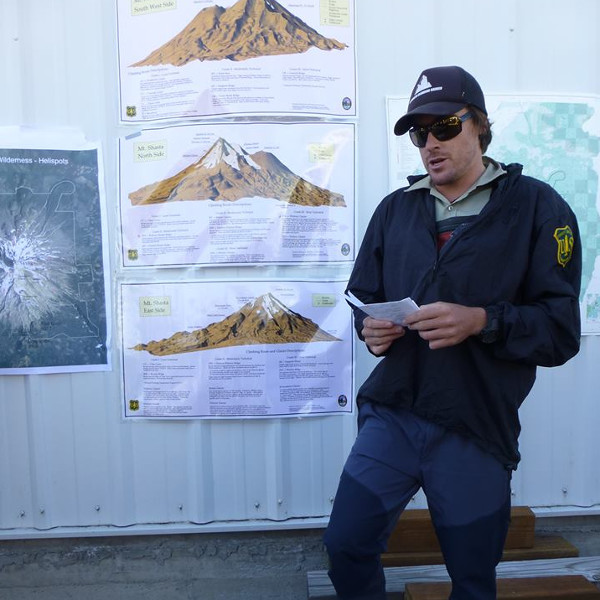 Forrest was raised in Mount Shasta and while his ski travels have led him around the globe, he has returned home every summer since 2006 to work as a climbing ranger for the US Forest Service.  While earning a degree in Political Science from University of Nevada Reno, Forrest joined the Forest Service fighting fires as a helicopter crew member and hotshot.   Forrest was also a competitive ski racer and a big mountain athlete thereafter.  He now spends his winters as a professional ski mountaineer for Arcteryx and Dynastar, splitting time between trips in Mount Shasta, CA and Chamonix, France.  Featured in several publications and industry films, Forrest has ski descents from local stashes in the Trinity Alps and as far as the exotic mountains of Kashmir. 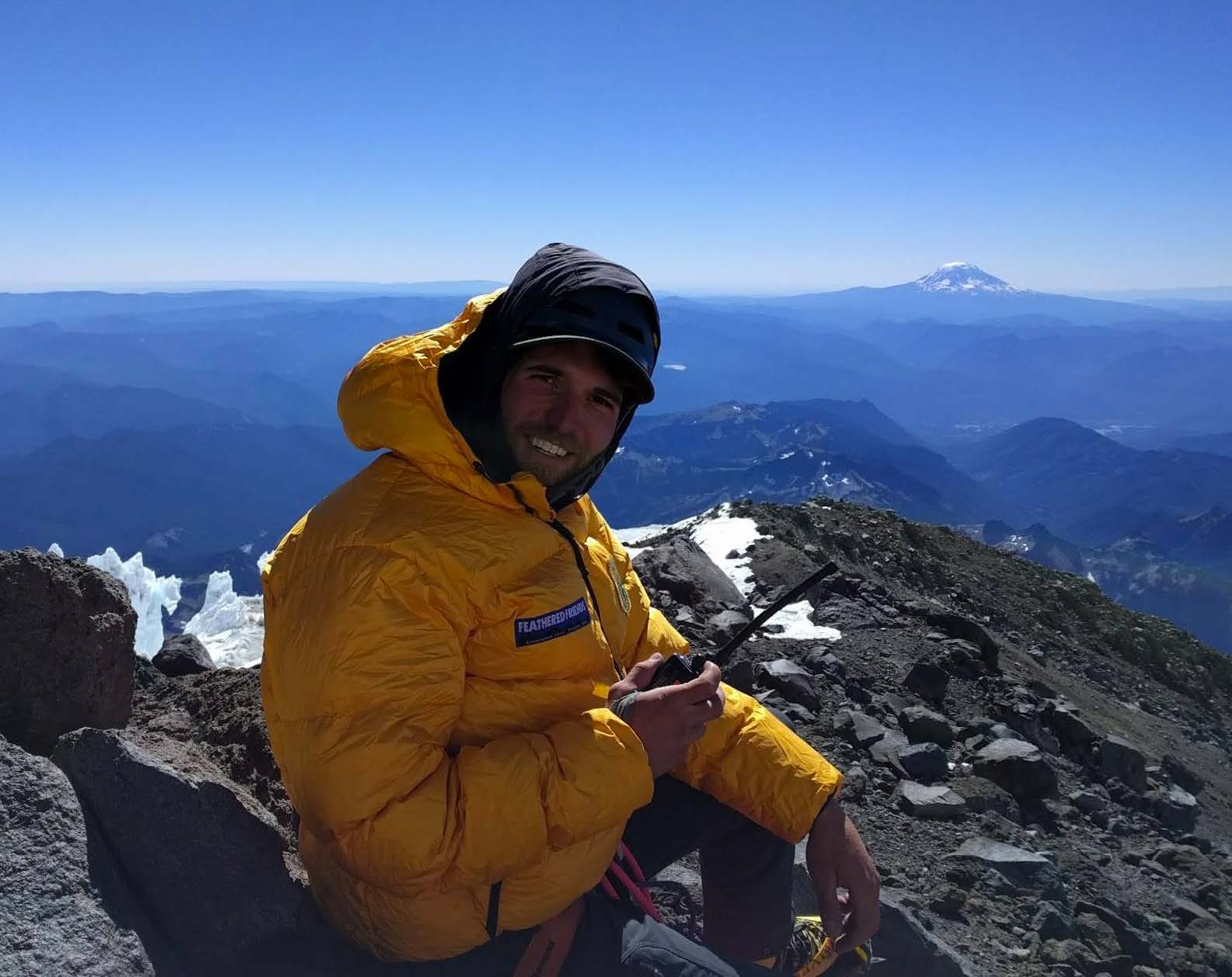 The US Forest Service team and Mt Shasta community would like to extend a warm welcome to Ryan Lazzeri. Ryan applied for and received a permanent position with the USFS Mt. Shasta Avalanche Center and Climbing Rangers this past fall 2021. Ryan cut his teeth on the other 14,000-foot Cascade volcano: Mount Rainier. He spent six seasons there as an NPS climbing ranger and helicopter rescue team member, performing routine mountaineering patrols, protecting the mountain and its visitors, and rescuing stranded and injured climbers. During this time he spent eight winters ski patrolling, first at Mount Bachelor, OR, and then in Telluride, CO, where he also worked as a backcountry ski guide. Growing up in the Pacific Northwest, he started skiing and hiking in the mountains at a young age. In college, while guiding mountain biking tours in the summer, Ryan discovered that it’s possible to make a living outside doing fun things. He’s been doing this since and loving it. Ryan is an EMT, PRO 2 avalanche certified, an AMGA assistant ski guide, and has over 200 hours of professional technical rope rescue training and experience. He has also climbed and skied throughout the Western U.S. In his free time he enjoys long rock climbs in the alpine, playing music, and floating down rivers, which he believes is the perfect metaphor for life. 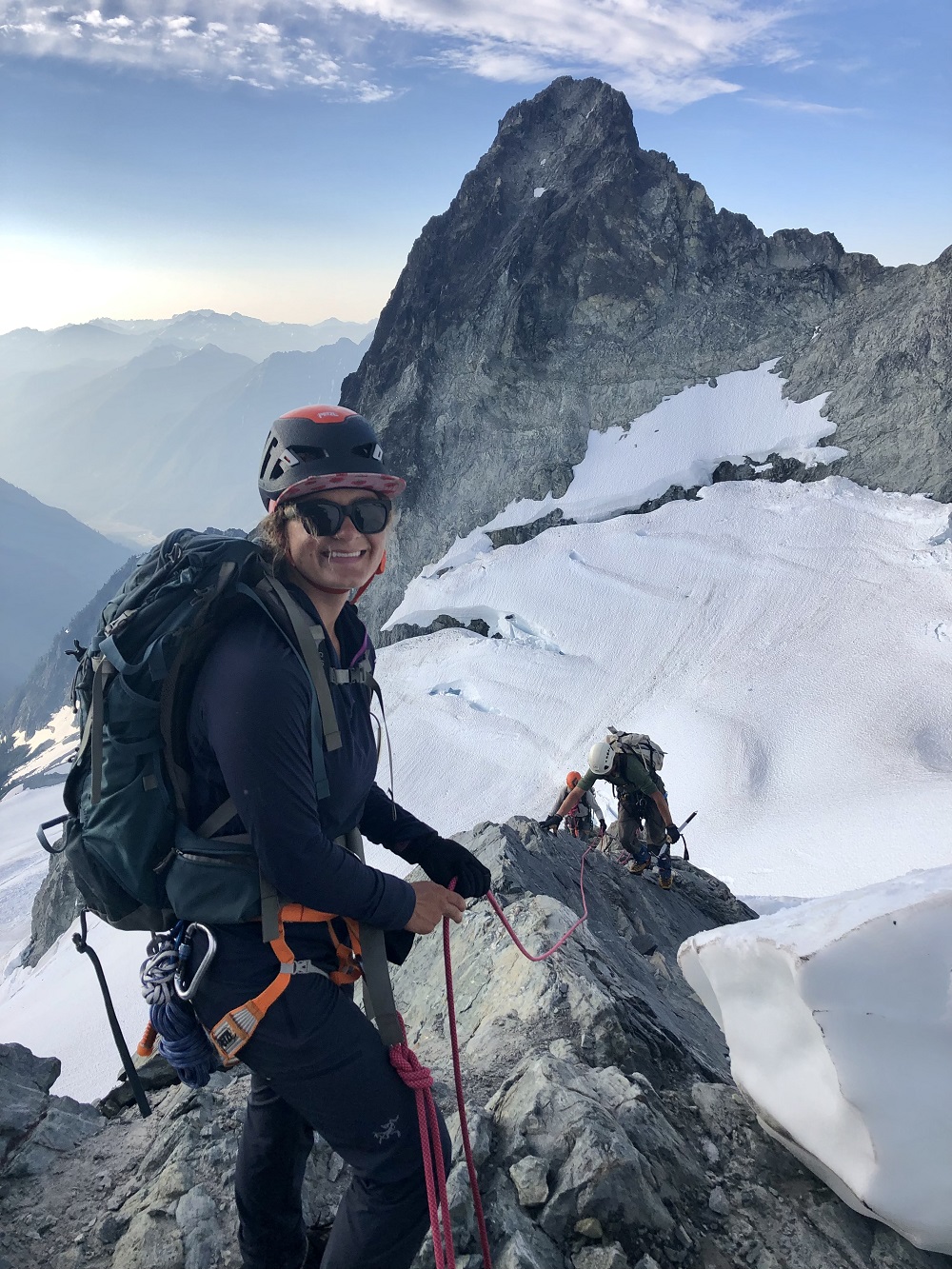 Haylee started with the Mount Shasta Climbing Ranger program during the Spring of 2022. She is excited for the opportunity to familiarize herself with all the beauty Mount Shasta offers as well as act as a resource for those who choose to recreate on the mountain and forest beyond.  Haylee grew up in Tacoma, WA, yet despite her proximity to the Cascade Range, didn’t find her way into mountain activities until her late high school and early college years. In 2018, after a few long walks down Cascade volcanoes, Haylee decided that teaching herself to ski would be her top priority. Since then, traveling uphill and down on two sticks has become one of her favorite activities. She attended the University of Washington in Seattle and earned a degree in Environmental Science. Since 2019, Haylee has worked seasonally for the United States Forest Service. Prior to landing in Mount Shasta, she worked in the Methow Valley - hiking many miles with a heavy pack and crosscutting logs in the Pasayten Wilderness. In the winter months, Haylee has relocated to Bozeman, MT, where she works as a Professional Ski Patroller at the Yellowstone Club Mountain Resort out of Big Sky, MT and a part-time avalanche educator with the Northwest Avalanche Center.  Haylee holds her Avalanche PRO Level 1, EMT, and Wilderness First Responder.  Haylee attempts to spend most of her spare time outside - riding her bike, putting in a skin track, on a long trail run, or climbing rocks. When she’s indoors, you'll find her perusing topographic maps, baking banana bread, brewing a cup of coffee, and singing or most likely all of these simultaneously!