The avalanche danger is LOW for all aspects and elevations. Caution is advised if you find yourself on slopes >35 degrees hosting isolated wind/hard slabs on top of existing snow.
Climbers: ROCK & RIME ICE FALL will be a hazard this weekend. The snowpack is still shallow (1-2 feet) and a slip and fall on hard, firm snow without self arrest skills will likely involve sliding into rock(s).
Climbing is not recommended on select routes. Be sure to check the climbing advisory if you still choose to climb.

Mt Shasta has received .07 inches of water during this past weeks "storm", resulting in a couple inches of new snow above 6,900 feet on Shasta. Northwest winds blew for most of the week and peaked on Wednesday morning with gusts to 80mph. Much of our old snow is rock solid and wind scoured. However, leeward slopes, gullies, depressions, and lower lying areas (above treeline) host a mix of wind packed powder and harder wind slabs.  Yesterday, small hollow sounding wind slabs were present in the Old Ski Bowl. One should use caution when on wind slabs sitting on firm, old snow on steeper slopes (>35 degrees). Wind slabs will be small in size with isolated distribution.

The "storm" of this past week gave us .07 inches of water which translated to just a few inches of snow on the mountain. All of this fell above 6,000 feet. This occured early Wednesday morning and then was followed by strong NW winds averaging 40-50 mph and gusting to 80 mph Wednesday morning. Much of the new snow sublimated on the upper mountain (above 12,000 feet). However gullies, depressions and low lying leeward areas collected some of this new snow and provided for some moments of decent skiing near and above treeline to 12k. Overall, it's a mix between hard, firm conditions, isolated wind slabs and pockets of powder.

Any recent pictures you might have seen of Shasta make it look like conditions are pretty good. I suppose it IS good considering our winter, however in reality, there is only about 1-2 feet of snow on the mountain. Many of the rocks are white and look covered, but this is rime ice and not snow. Anybody wishing to climb this weekend is cautioned: rock and rime ice fall will be a hazard, especially during the warmest portions of the day. A slip and fall on any existing snow, without self-arrest skills, will likely involve sliding into rocks. Not good.

That being said, locals have been having a great time skiing the lower to mid elevation gullies hosting wind blown powder. Still, be careful of shallow buried objects. 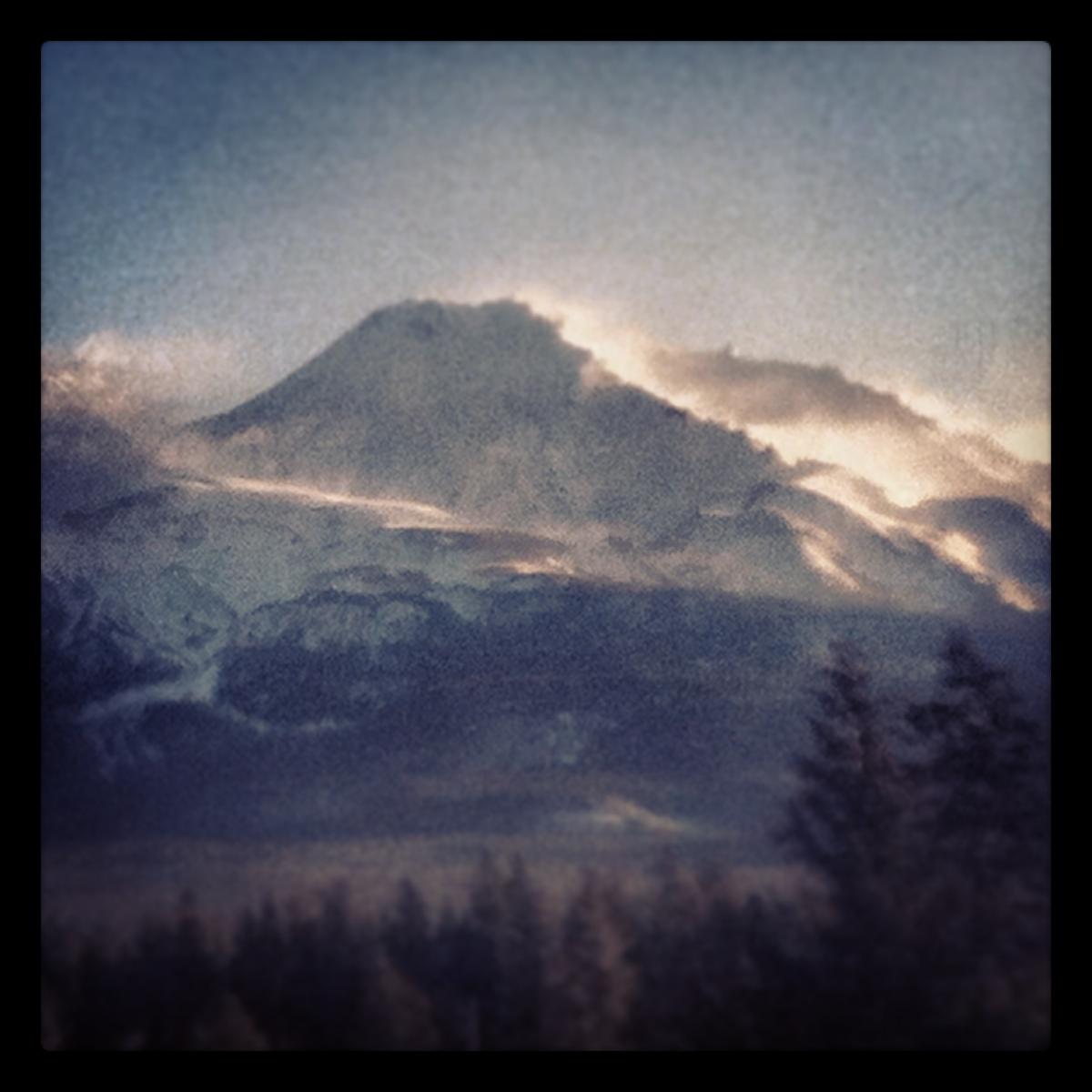 In Mt Shasta City this morning at 0500, we have clear skies with a current temperature is 32 F.

Old Ski Bowl - 7,600 feet. Over the week, Mt Shasta received .07 inches of water between midnight and 0500 on the 19th, resulting in an skiff of new snow. Shasta has received no new snow in the last 24 hours. Our current snow depth total at the Old Ski Bowl is 28 inches. The current temperature is 24F with a low of 21F and a high of 39F.

Castle Lake - 5,600 feet, the current temperature is 29F with a low of 22F and a high of 40F. Castle Lake has received no new snow and a current snowpack of 2-4 inches. Castle received a trace of snow during the small storm on the 19th.

Mt Eddy - 6,500 feet, the current temperature is 29F with a low of 24F and a high of 37F. Mt Eddy has no new snow and a current snow depth total of 7 inches. Mt Eddy received a skiff of snow on the morning of the 19th also. Winds have averaged 2 mph with gusts to 10 mph, southerly in nature.

We will be rocking the classic's for the coming weekend...that is dry northwest flow, calm winds and generally sunny skies. Winds look to be calm and nothing much of note to mention. Our next best chance at winter weather will be next week, maybe. We all know how that has been going this season. Dangle a big carrot and as you get closer, it gets smaller! At this point, lets keep it in the now! Enjoy the weekend.