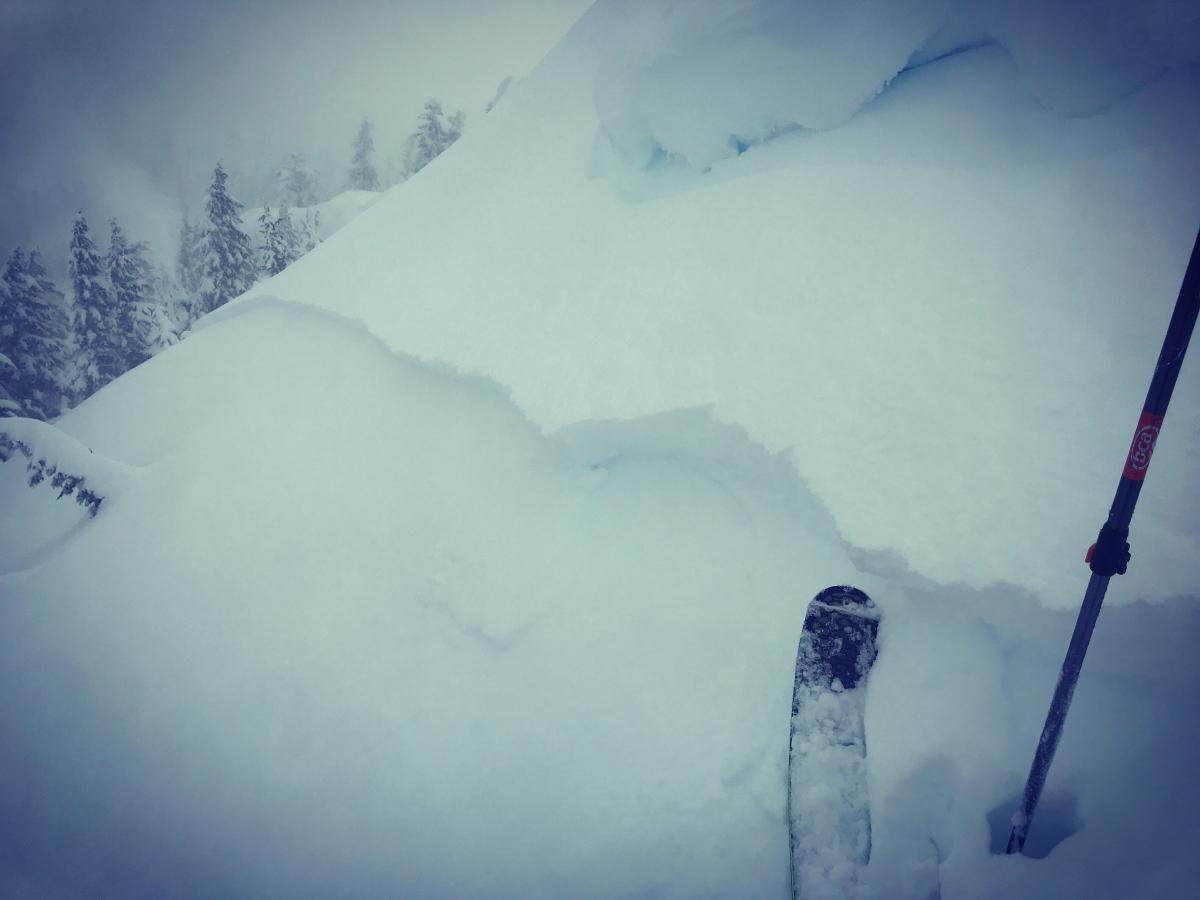 Today started off with heavy at times rain and snow. Snow levels fluctuated around 6,000 feet. In the afternoon, precipitation continued, although showery in nature. A few very brief sections of blue sky occurred, but were very short lived. Temperatures were in the mid-twenties, but the air felt warmer and like a "greenhouse" effect. Trees began to off-load heavy snow.

The bottom line out there today was an upside down snowpack. Above 7,000 feet, new snow, 12-15 inches deep sits on top of a widespread, thick crust layer. New snow is moist on top with dryer snow below. Fully propagating extended column tests were easily produced on all southerly and easterly aspects, near and above treeline.  Whoomfing and shooting cracks were observed on the skin up and along ridgelines. On top of Gray Butte, an intentional cornice drop onto an easterly slope (8,000 feet) produced the avalanche in the featured image. This D2 storm slab was about 150 feet wide and ran to the bottom of the slope through sparse trees.

Precip: less than 1in/hour during tour, but prior snow amounts up to 15 inches in last 24 hours, heavy/wet