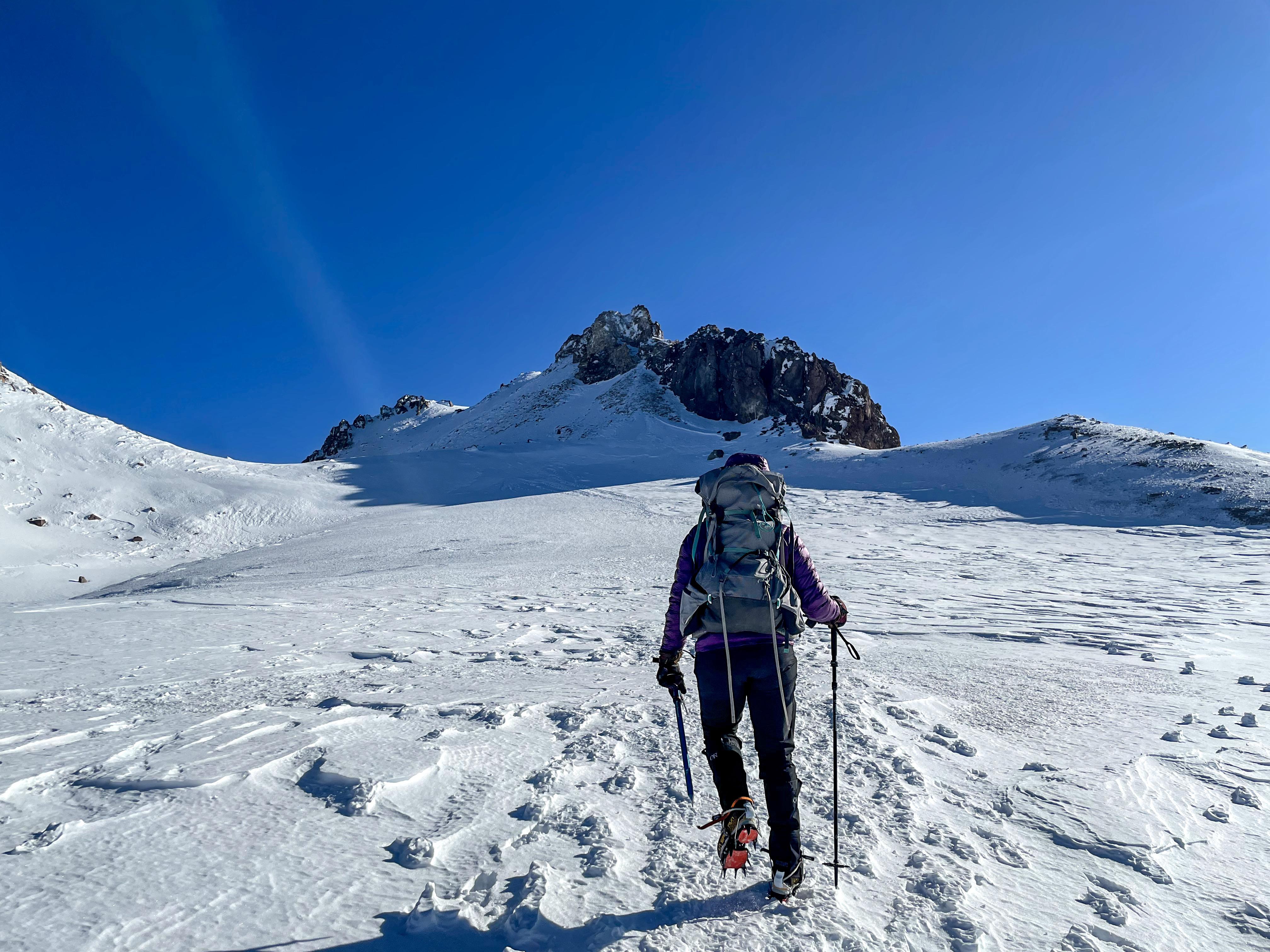 Summited Wednesday in perfect conditions. Spent the night prior at Helen Lake, which is completely snow covered with at least a dozen ready-made snow platforms requiring little tending. The climb up to the heart early morning was over good snow for barebooting. We heard one rock slide climbers right of the gulch around 3 AM. Switched to crampons right of the heart, then headed up the largest gully through the red banks. The snow was thin through the gully and icy near the bottom. Above the gully and through Misery Hill, it was thin snow and a fair amount of ice over lots of loose rock. Good snow cover from atop misery hill to the base of the summit block. West side of summit block was very icy and the crux of the climb that day. We opted to descend a smaller gully through the red banks at the far end nearest The Thumb, skiers left. Snow had softened considerably by midday and we found ourselves postholing considerably on the lower mountain, and there were numerous human-triggered rockfalls from climbers above.