Conditions on the South Side of Mount Shasta 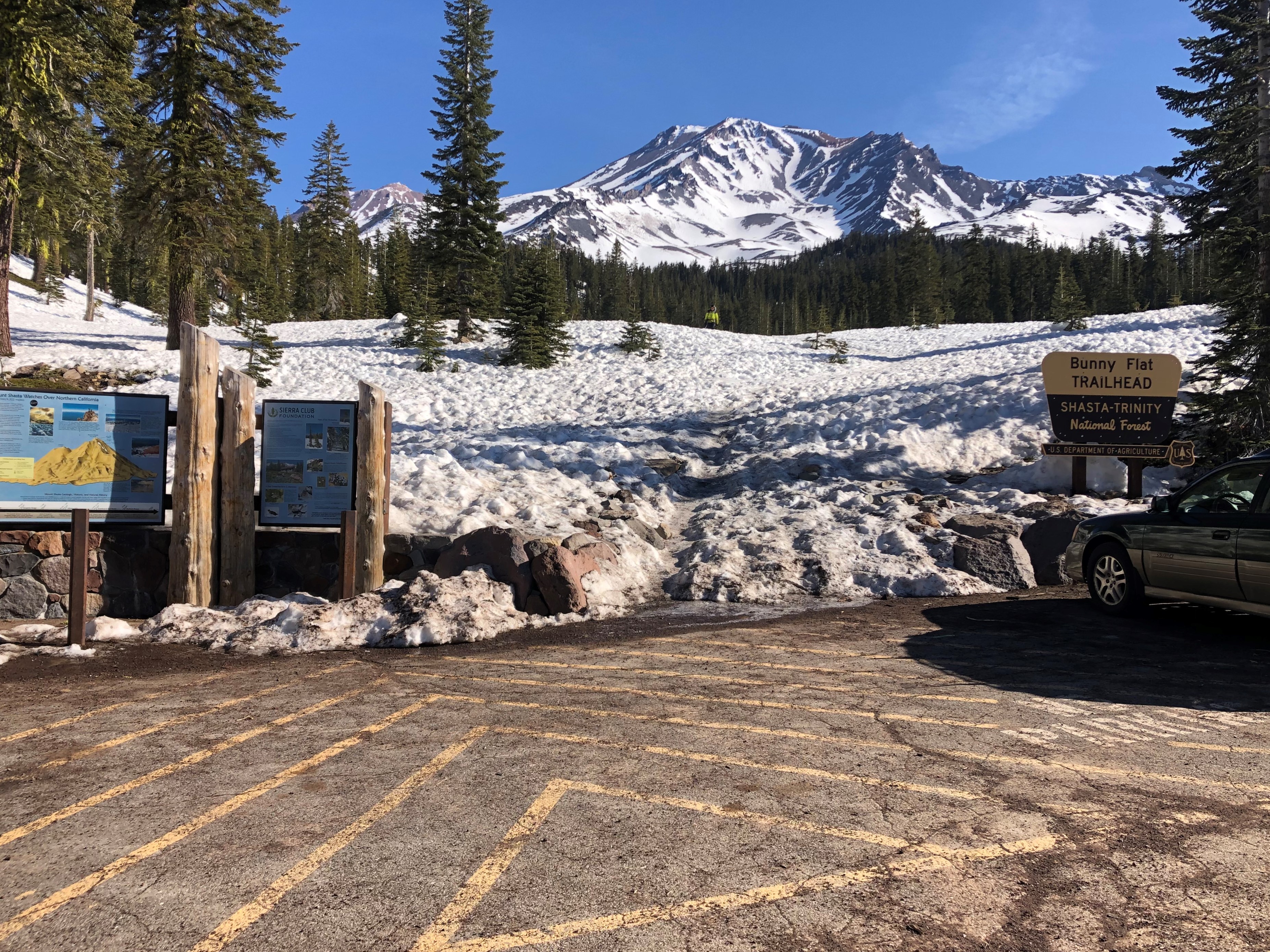 The south side of Mount Shasta's general state of affairs right now is marginal at best. All climbing routes are already narrow and trending towards melted out. We don't want to discourage climbing and skiing, and it is still possible to find sufficient snow to recreate on. However, due to the dry and windy winter we had, there is a significant amount of exposed rock.  The equation is simple: the more exposed rock, the higher possibility of rockfall.

As for spring skiing conditions: our snowpack is well consolidated, and good overnight refreezes allowed corn to form on most aspects. The tricky part is finding smooth surfaces. Dirt has blown from the exposed areas causing large patches of dirty funky snow textures. Bumpy old wind-sculpted sastrugi, melted sun cups, and runnels also exist on most slopes. Some slopes are in better shape than others.  Of course, aspect, elevation, wind, clouds, and time of day all factor in as well.

For Avalanche Gulch, areas above Helen Lake and below the Redbanks are most suspect for rockfall and slip and fall accidents. Be sure to wear a helmet, keep your head up as often as possible and avoid long breaks in these areas.  The right of The Heart and up through the thin snow gullies route to get up through the Redbanks has melted out and rockfall is likely. Instead, we recommend either the left of Heart or the right of Redbanks and through ‘the notch’ routes. For more information, see the Avalanche Gulch observation from Friday, April, 9th

The West Face looks to be in a similarly poor, or slightly worse, condition as Avalanche Gulch. The summer trail has melted out on the last traverse into Hidden Valley. A short patch of rock is now blocking the upper portion of the route. Patches of exposed rock also exist below the steep traverse to gain the ridge guarding the main snowfield near 10,000 feet. We recommend taking extra caution if descending this area. Two serious accidents from slips and falls occurred here last year when the route was in similar condition (late June). The red arrow in the photo below shows the slopes of concern.