A Day in Avy Gulch 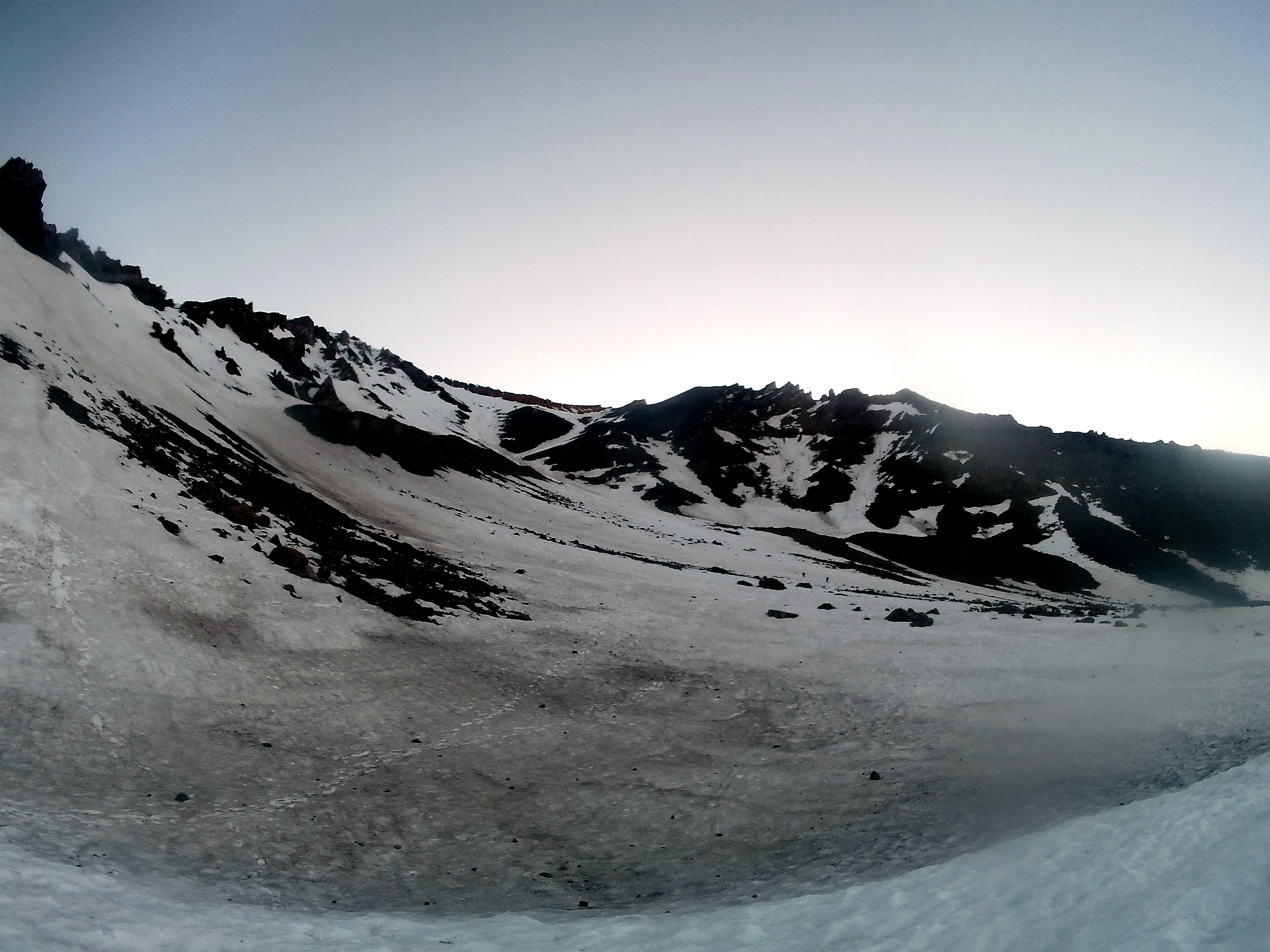 Climbed Avy Gulch on 6/26, leaving Bunny Flat at 2 am. I was there alone but ended up grouping up with two other climbers for the ascent. It took us 2 hours to reach 9,500', but an extra hour to reach Helen Lake, as we did not notice the trail veering off to the right (towards the ranger hut and high point at Helen Lake) and as such ended up slogging up a seemingly interminable scree field next to the snow chute that represents the main spring/winter climbing path). By the time we reached Helen Lake at 5 am, most parties were already halfway up the climb to the Red Banks, with a few already above them. The climb itself was steep but uneventful. After some struggles with the altitude and exhaustion, we rested briefly, recuperated, then reached the Red Banks themselves around 9/9:30 am. The climb through the Red Banks represented a bottleneck, as the chute is not wide enough for multiple parties to ascend/descend at once, and there were already people descending as we were ascending through it. When we got to the top of the chute, there were about 20 people waiting for their chance to descend.

Afterwards, all that remained was an uneventful climb up to the base of and over Misery Hill, across the summit plateau and to the summit. While it is absolutely possible to ski from the summit, Misery Hill has lost much of its cover, and skiiers may choose to leave their skis at its base, as I did. The weather was great and there were tons of people on the mountain today, so while we were one of the last groups up Avy Gulch, we were definitely not one of hte last up the mountain, with multiple parties summitting via Clear Creek as we began our descent. Although we didn't see anyone climbing the Hotlum-Wintun route, conditions on that route looked good from the top. We left the summit a little after 1 pm, and were back to the bottom of Misery Hill by 2, where I put on my skis. The skiing down was pretty great though the snow was a bit sticky lower down towards Helen Lake. From Helen Lake, the rest was easy, and I was back to my car by 6.

Some notes: It should be noted that the climb right of the heart is almost melted out, with the snow chute down to 30' wide in some spots. I suspect this route will not remain viable much longer. The route left of the heart, which is steeper and more challenging, still has plenty of snow, though rockfall risk seems to be higher than on the normal route. Additionally, the route through the Red Banks is steeper and narrower than the rest of the climb past the heart, and in icy conditions could definitely be pretty hairy. As evidenced by the accidents a few weeks ago, this route still has its share of objective risk.