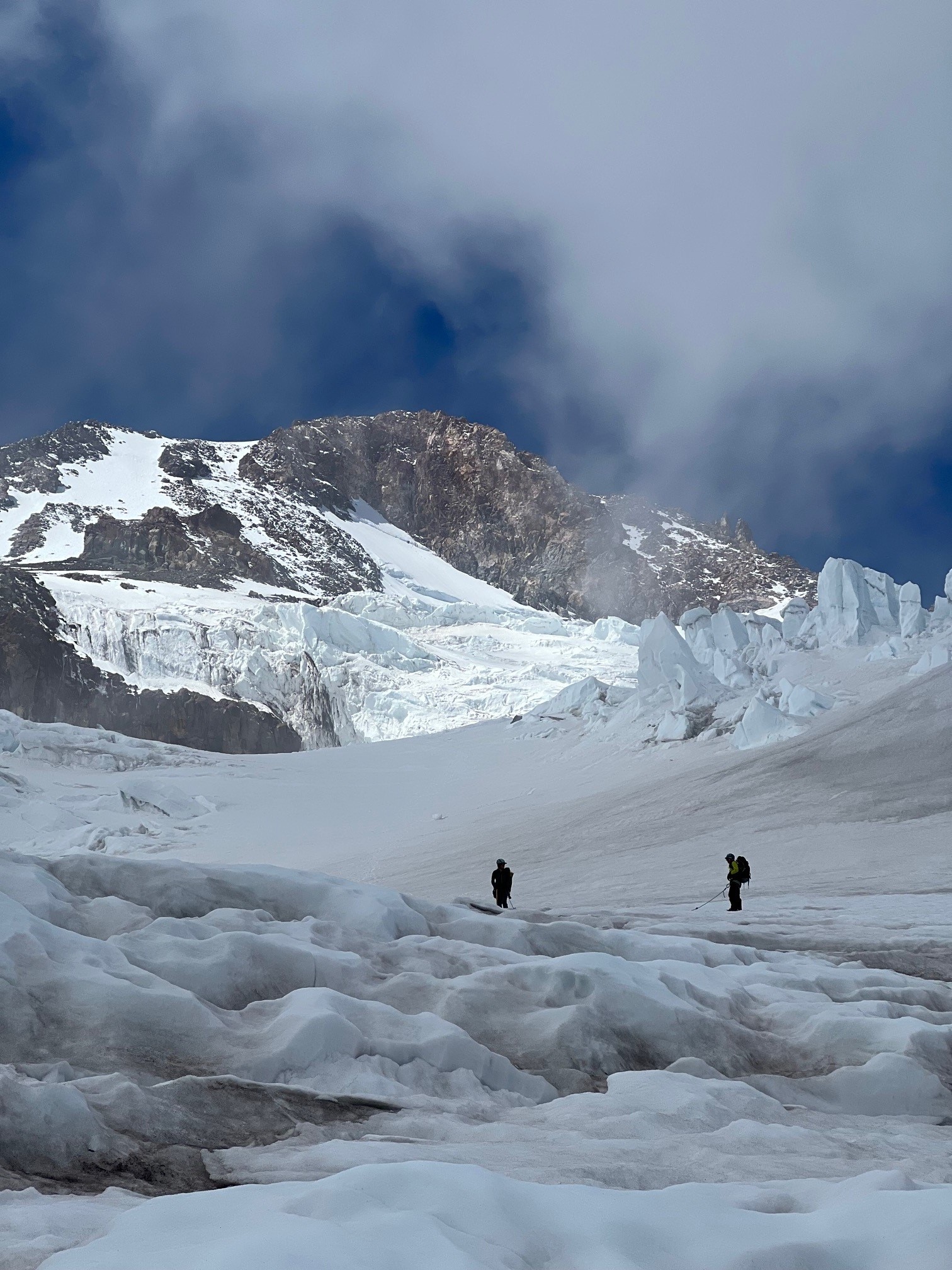 Photos shared from Shasta Mountain Guide, Katie Wry,  on her recent trip on the Hotlum Glacier. Her notes below:

"Route was in good shape! Snow bridges were solid early in the morning, beginning to soften anywhere from 7-9AM. Snow began to get punchy down low much earlier. Snow bridges overall, were in good shape. I probed a few and they measured between 120-160cm. Some bridges were hard to see and the route is definitely in a transition period. Warming temps and above freezing overnight temps will likely take a toll on many of the snow bridges. We encountered one thin snow bridge at the top of the third icefall. We belayed this, and several people reported plunging through to their waist...this zone could be bypassed with a higher line. The bergshrund at the top was almost completely covered and were able to take a pretty easy, direct approach. The crack at the top of the saddle was just startingt to open so did a short belay there. The rest of the route up the Hotlum/Bolam and down the Hotlum/Wintun was great. Mixed snow and rock on the Hotlum/Bolam above The Step (kept crampons on) and conditions were good on the Hotlum/Wintun consisting of smooth, solid coverage down to 10,000 feet. The snow was very punchy on the way down beginning about 11,000 feet."  -KW