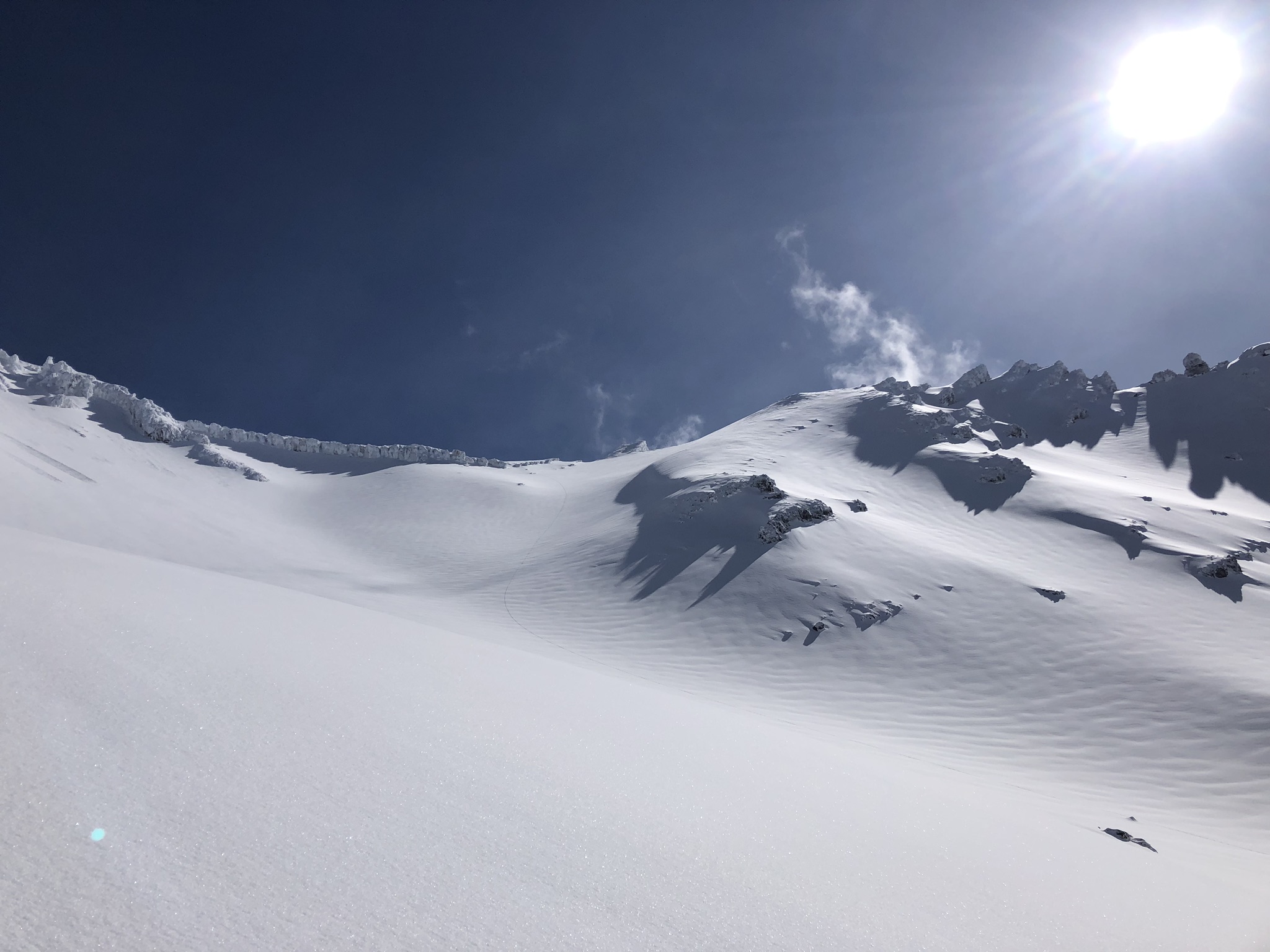 A series of wet winter-like storms have smoothed out the surface textures across the mountain. A weather pattern change took place over the past week and a recent (5-15 through 5-16) winter storm dropped 6.88 inches of water on the mountain followed by a second colder storm with 1.98 inches of water with snow levels as low as 5,000 feet (5-18 through 5-19). This translated to 23 inches of new snow, recorded at our Old Ski Bowl weather station over the last week. Snow totals varied across the mountain with 32 inches measured near treeline past Horse Camp at 7,800 feet and 41 inches near Lake Helen at 10,400 feet.

Very low visibility, avalanche danger and punchy fresh snow thwarted any summit attempts this weekend. Early morning clear skies persuaded a few climbers to attempt climbing towards the upper mountain, however, thick clouds moved in quickly and caused climbers to turn back. Finding oneself in whiteout conditions on the upper mountain can be a disorienting and potentially scary and dangerous situation. Imagine being shrunk down and transported to the inside of a ping pong ball falling through space.  It can be difficult to know which direction is up or down not to mention which direction it is to the trailhead.  If you are planning climbing or sliding on Mount Shasta always carry navigation tools and know how to use them and DON'T CLIMB INTO A WHITEOUT!

Avalanche danger is a concern at this time and it's advised to carry an avalanche beacon, shovel, and probe if heading up onto the hill anytime soon. A large D2/R2 avalanche was observed in Old Ski Bowl releasing around 10,600 feet and running for 1,200 vertical feet. The crown line spanned nearly 1/4 mile along Sargent's Ridge left an impressive pile of debris 4-8 feet deep. This avalanche released on a density change mid-storm snow and stepped down to the old new snow interface. It is estimated to have released around 8 am this morning (5-20). This avalanche was large enough to bury or kill a person. See picture below. 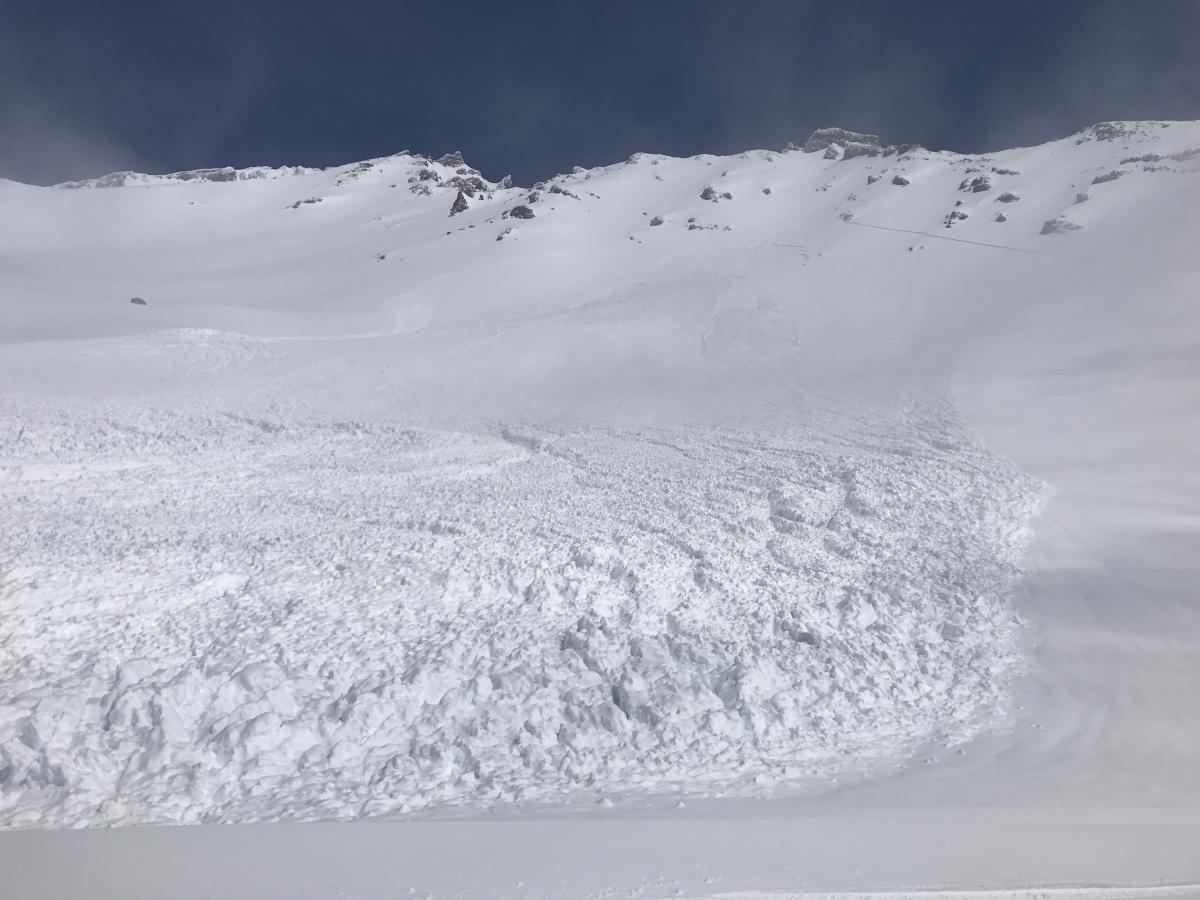 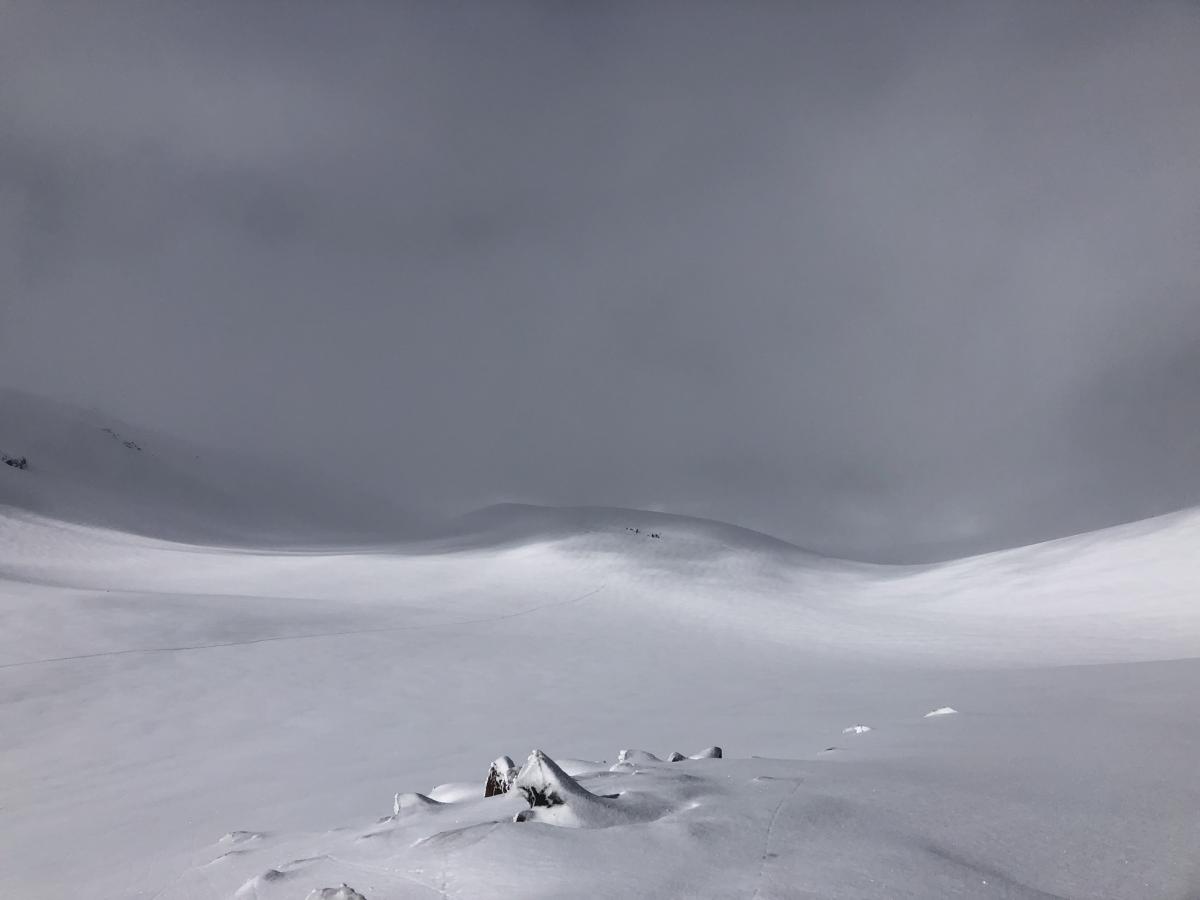 Looking down towards Lake Helen from 11,200 feet in Avalanche Gulch with clouds and whiteout conditions building below. 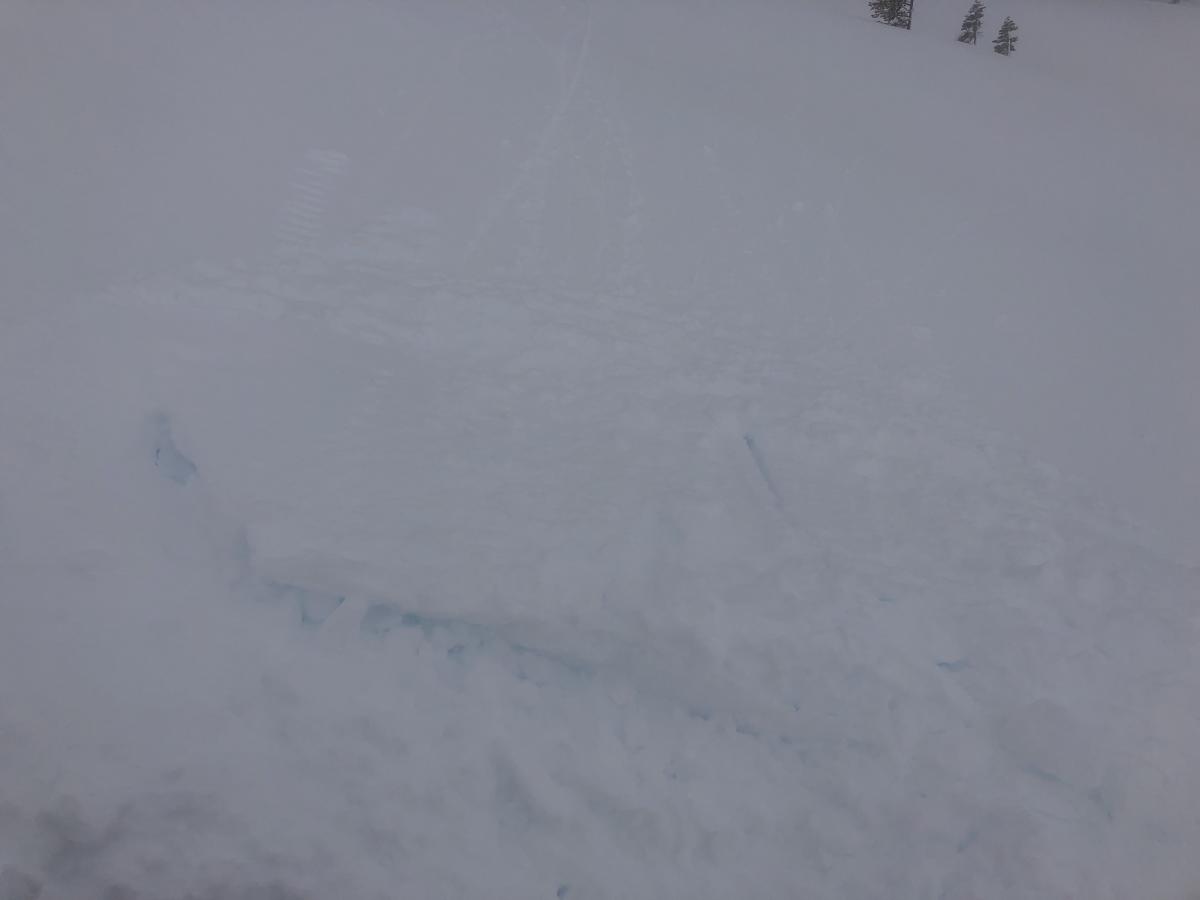 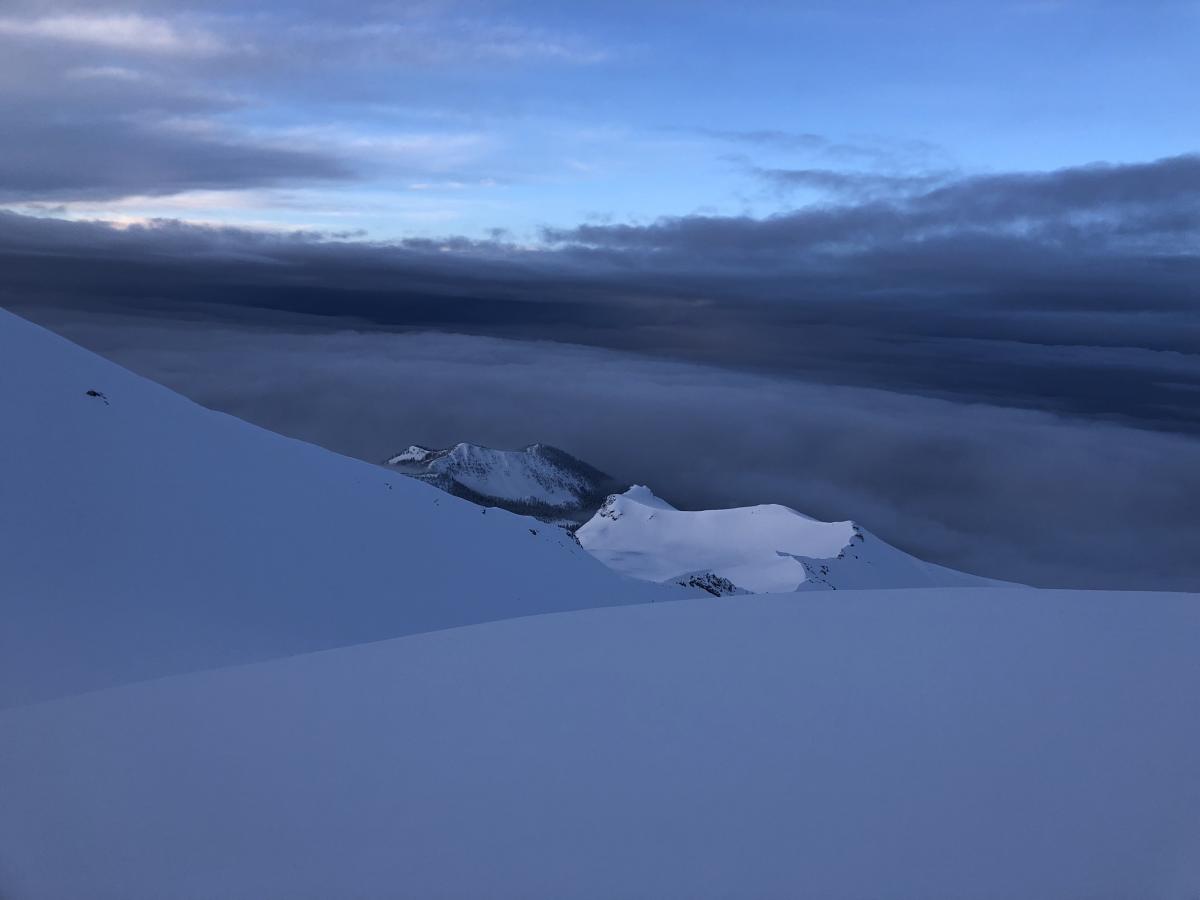