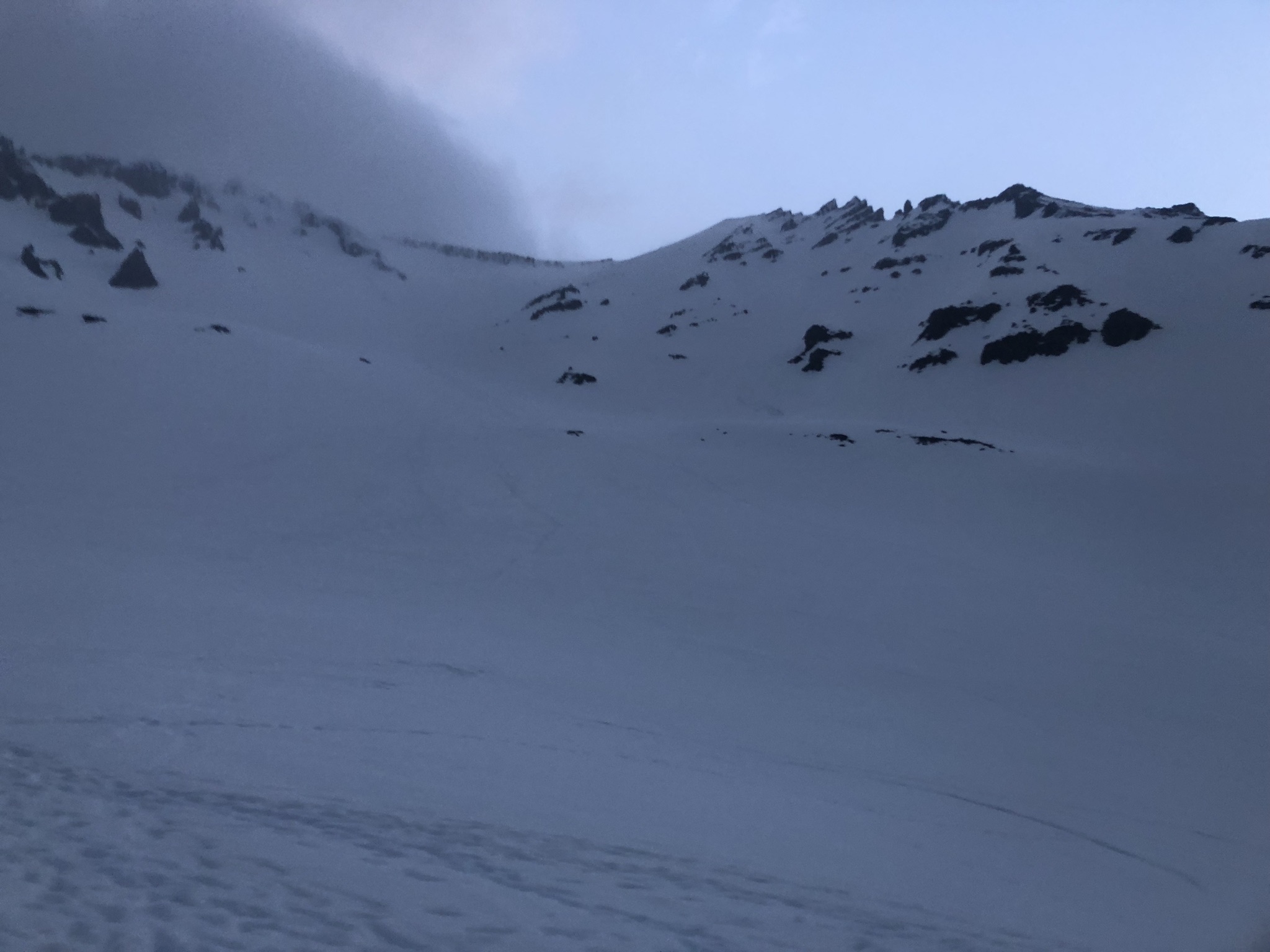 An impressive lightning storm was observed from lake Helen this weekend (06.01-06.03.2019). Lately, we've had a mix of weather recently including rain, snow and frequent thunderstorms. These storms have been building in the afternoon hours typical around 3 pm.  Little accumulation of snow has fallen and any measurable amount of snow settled quickly into the snowpack.

Unconsolidated snow with a number of layers some more dense than other exists throughout the snowpack on Mount Shasta. We have seen many avalanches with some large enough to bury or kill a person. With the sun high in the sky, snow conditions are quick to change. One should get an early start. Have your climbing party bring avalanche beacons, probes, and shovels armed with proficient skills in their use. Know how to identify avalanche terrain and evaluate snowpack stability. 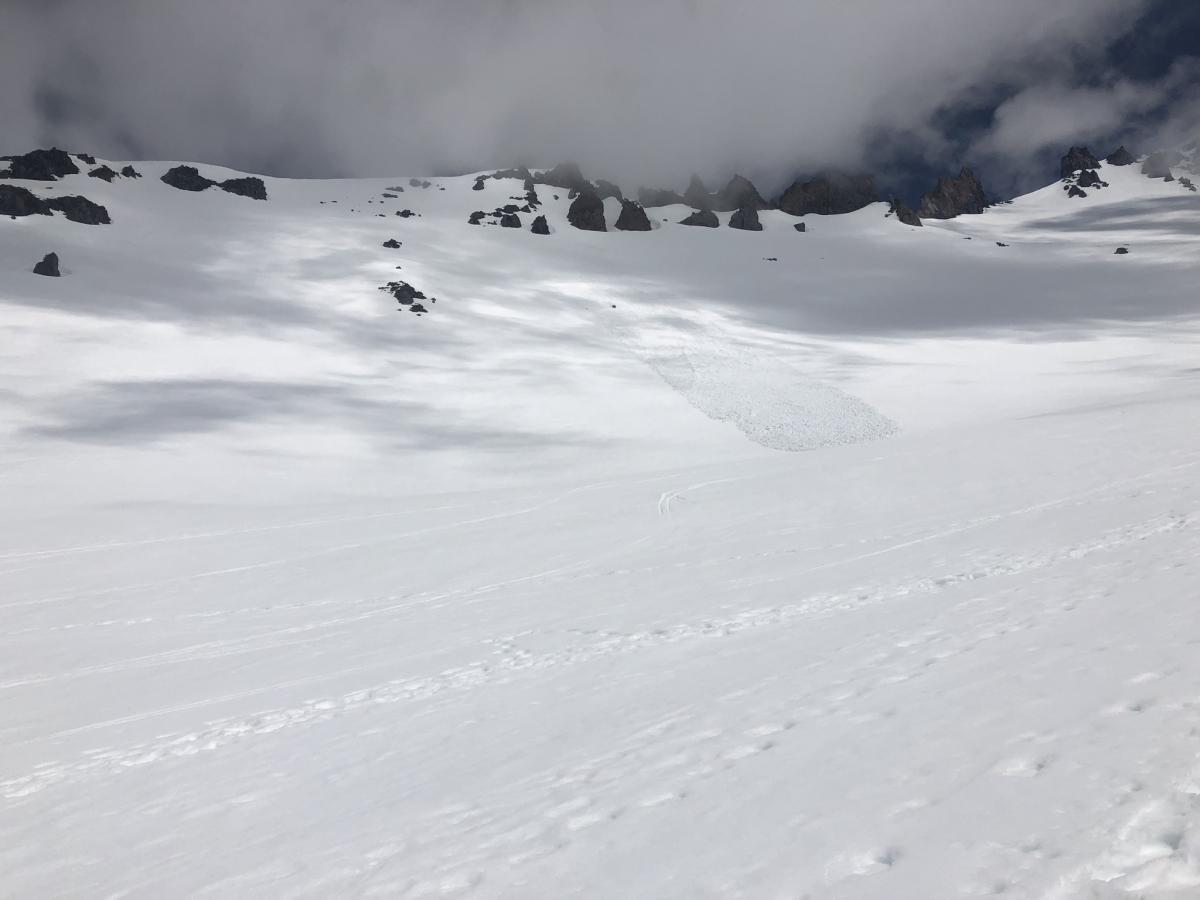 Large avalanche off of Casaval Ridge towards Avalanche Gulch. Released naturally at 11:30 am 06.01.2019. This avlanche was likely caused by warming temperatures and water trickling through the snowpack and lubricating the bed surface. Note: 3 more similar avalanches released off of Casaval Ridge all starting around 10,000 feet. Many avalanches have also been observed in Old Ski Bowl. 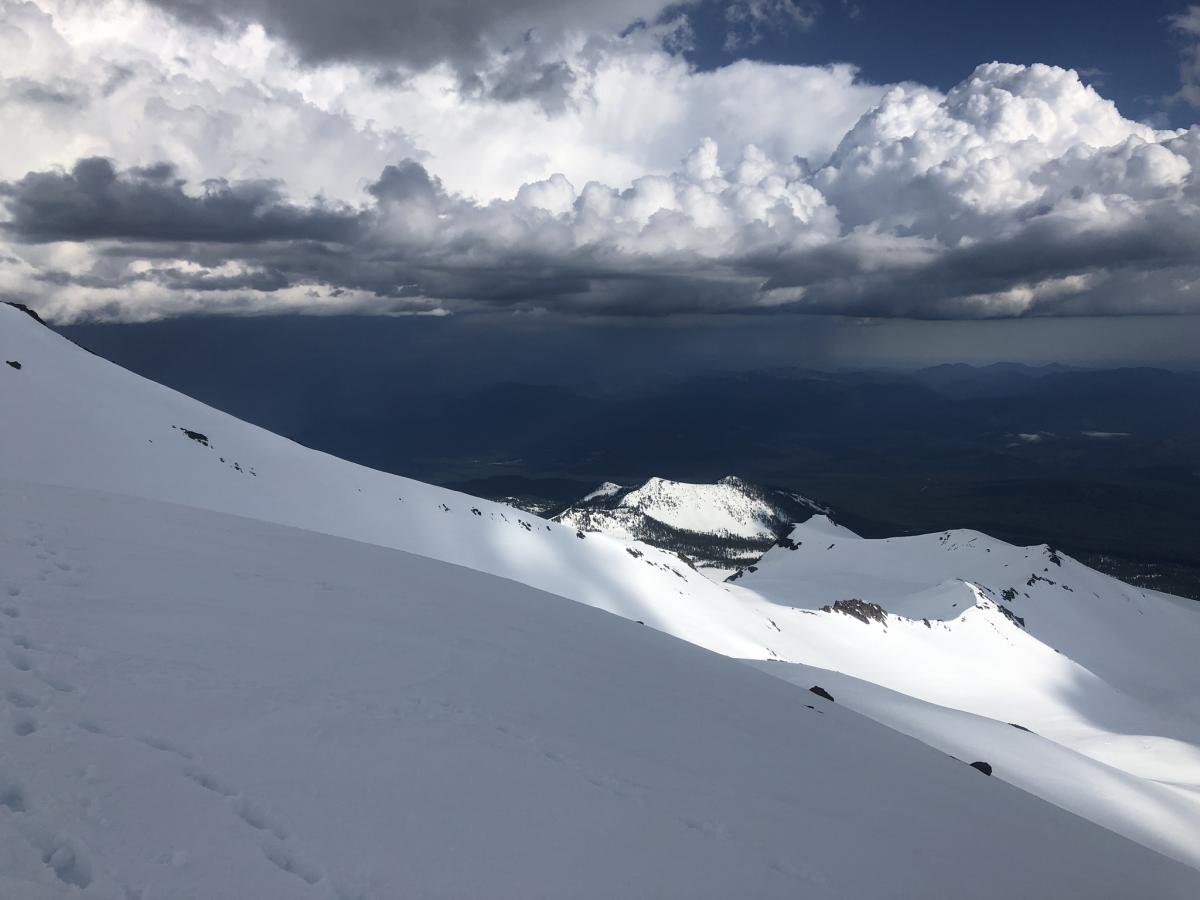 Looking towards Green Butte from Lake Helen ~10,400 feet with building thunderstorms on the south side of Mount Shasta. 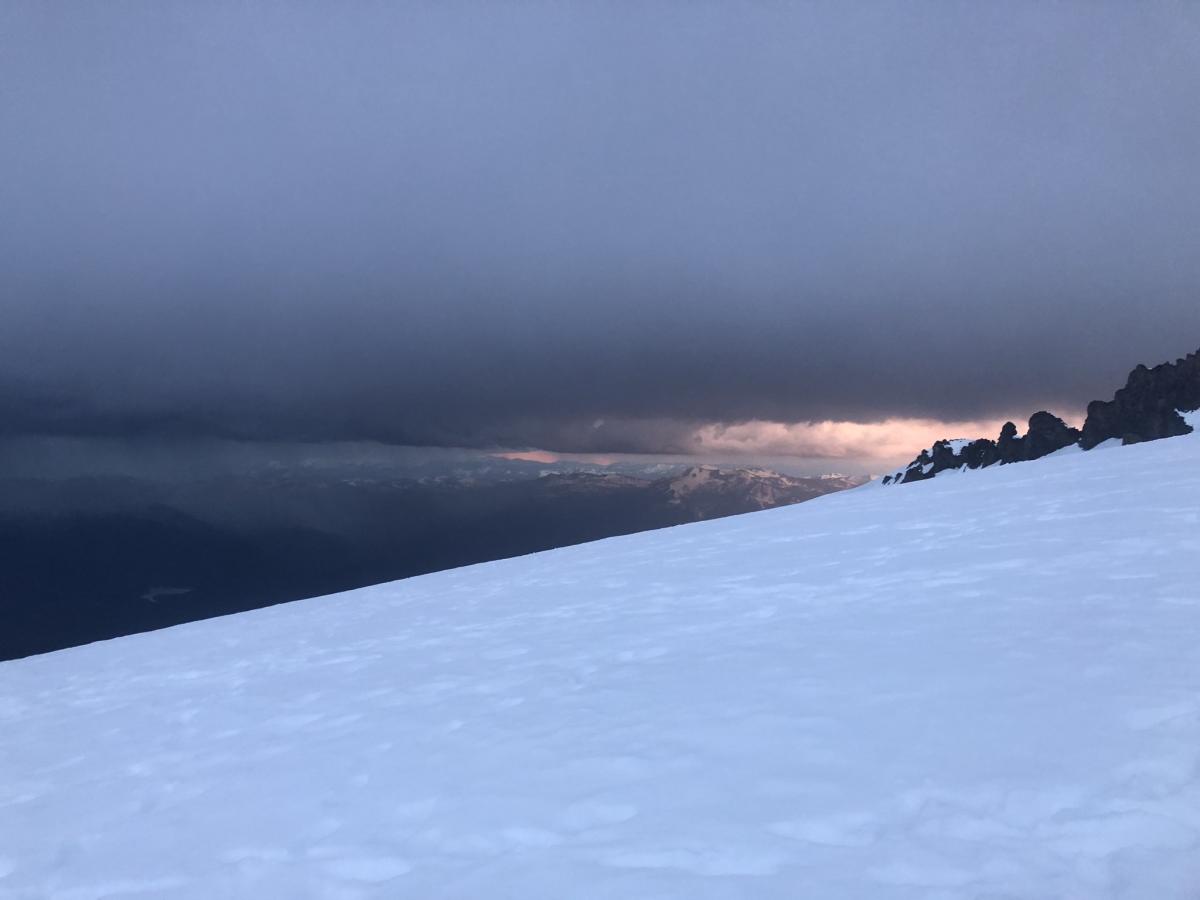 Sunset with thunder and lightning over Mount Eddie and Lake Siskiyou.