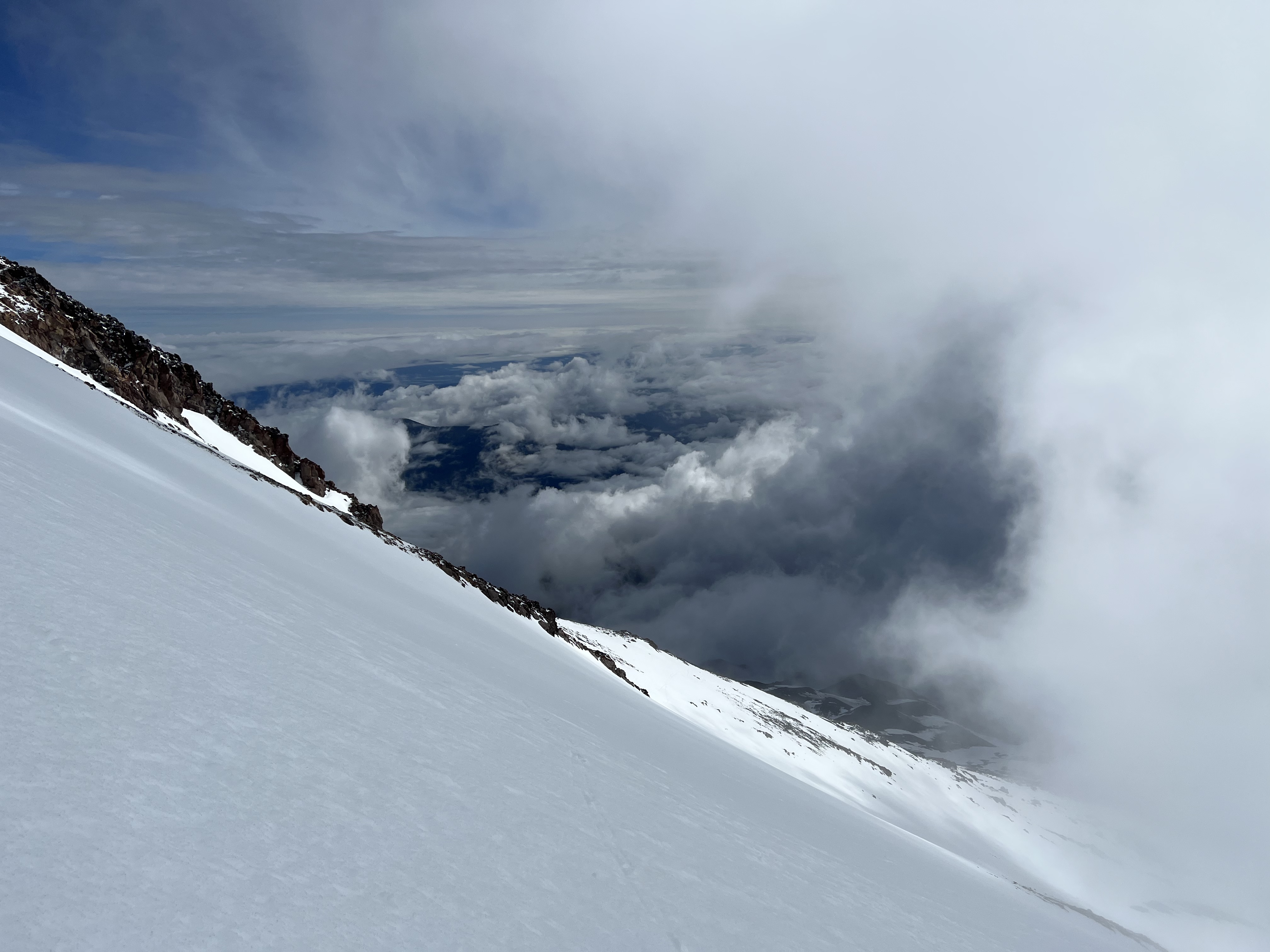 Woke up to rain at about 4am, didn't get moving until about 5, precip for that hour was light to moderate. Moving up to the snowfield there was heavy fog at times, which continued until about 9k, where it seemed the cloud layer was resting. The snow hadn't frozen overnight (nor did it well past 11k) however the lower slope was glaciated and dirty with small patches of snow from snow the last storm. I eventually reached slopes that had pristine white snow, likely from the recent storms. The snow was progressively firmer, as either sun or more likely rain crust had frozen. The result was a layer of melt freeze crust (~3cm+/-) on top of a layer (~10-15cm) of 4F- snow, which then rested on a smooth firm layer. This layer could likely cause concerning wet slides as temperatures increase. Above 12k the crust was firm enough to prevent ski penetration and shortly after (~13k) skinning with ski crampons felt close to impossible. From about ~13500 booting with crampons was necessary at about 9am, summit was cold and windy from the west, but rime was shedding heavily. I skied at 10am, and was lucky to have perfect corn despite the crust. The snow started to get heavier at about 11k but the ski quality was good for most the descent. Conditions looking forward are likely to be wet hot and loose even early in the day unless a cold freeze occurs, in which case the steeper slopes could be very firm even for experienced climbers. For those traveling to the area like me, there's no water available at brewer creek, start early, and make sure your vehicle has clearance.