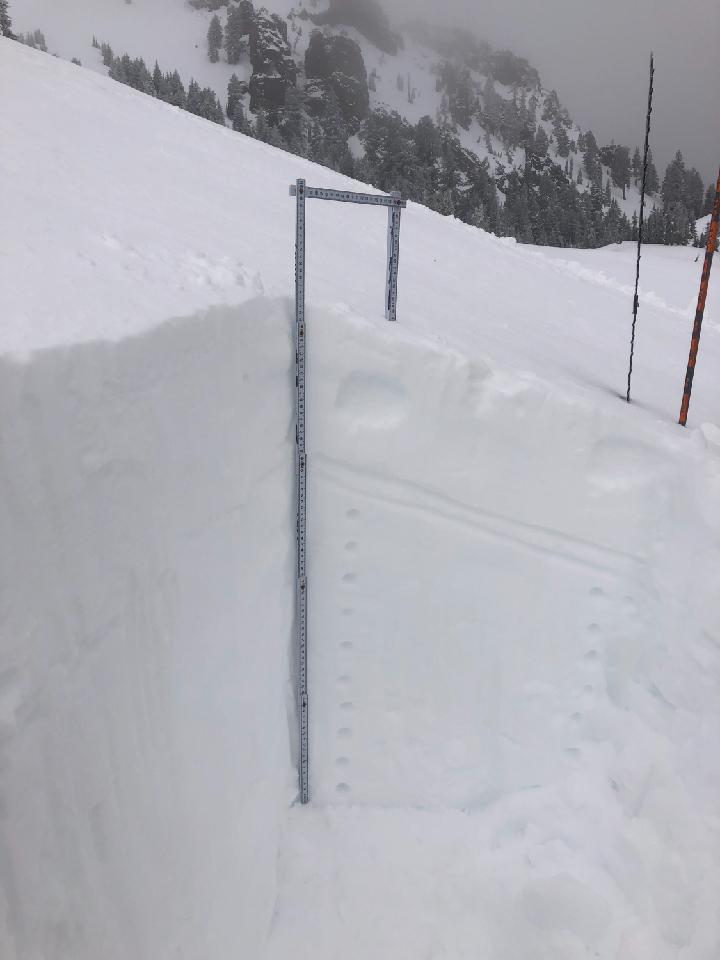 A trip over to Ash Creek Butte saw wintry conditions persisting. Plenty of snow was being transported by moderate north winds and wind slabs were forming on southerly slopes. Four to six inch slabs were reactive to ski trigger on leeward, low angle, test slopes. Blocking snow was observed. New snow in windward areas were becoming more chalky and some small sastrugis were seen.

New snow sat atop a soft crust.  We thought that any weakness would be above or below this layer. On a north facing slope we were able to get one moderate CT failure within the new snow at a slight density change, but we did not consider this notable.  Shovel shear tests yielded hard failures at the crust and ECT tests did not propagate. Shovel tilt tests got no results.

Snowpack under the soft crust was finger hard and well consolidated.