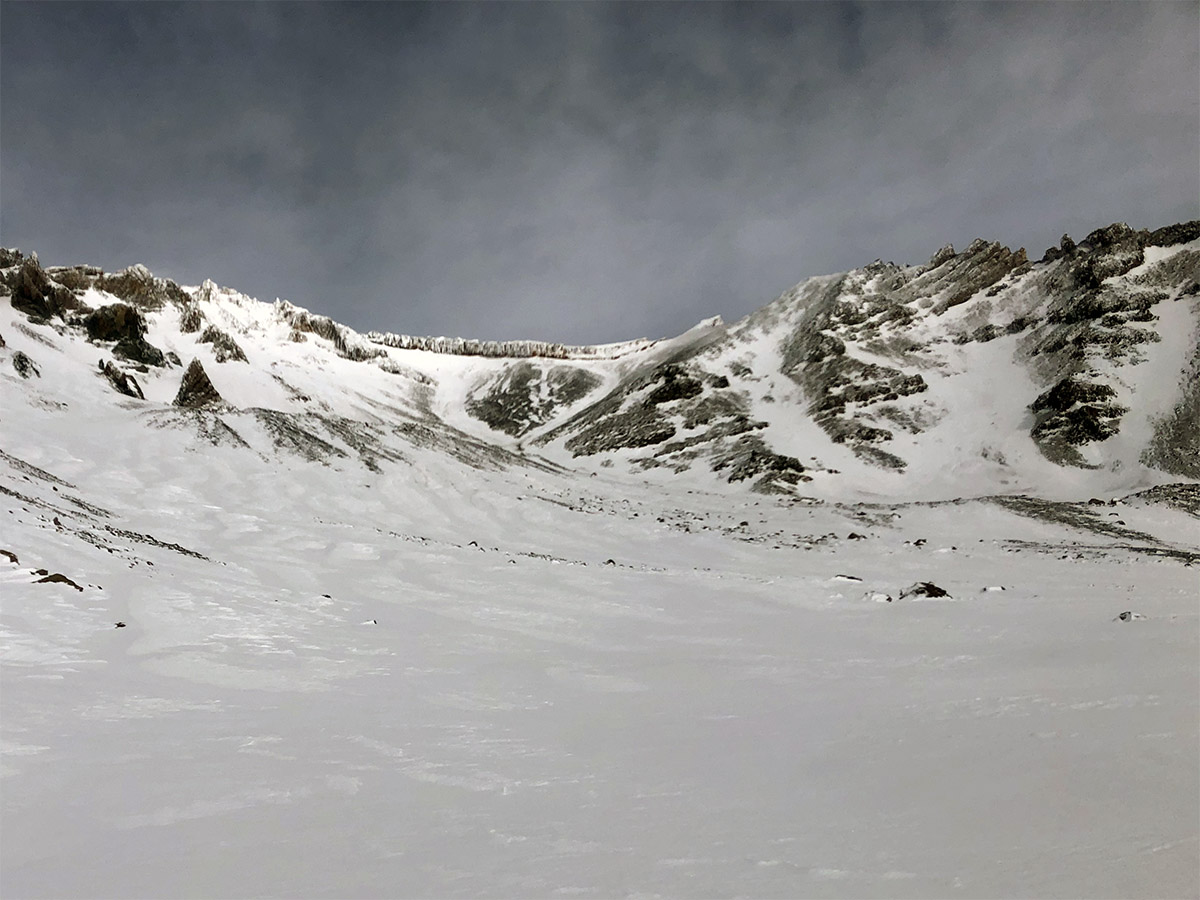 A mostly clear day on the mountain. Low clouds hung in the valleys with cloud tops varying from 6,000 to 7,000 feet and bottoms around 5,000 feet.  This burned off at 1:30 p.m. Winds were light with occasional moderate gusts and variable in direction.  A small snow shower last night left a skiff of new snow.  Minimal wind effect was observed below and near treeline. Above treeline, the fresh snow was blown into small windrows or deposited into gullied. The windrows were orientated across the slope, indicating previous downsloping (easterly) winds. A few tiny ( ~ 3 inches thick) wind slabs popped out when skinning across these windrows.  West and northwestern aspects of ridges and moraines are scoured, rocky and thin from days of punishing northwesterly winds. The snow remaining above 9,000 feet is hard, and wind pressed. A breakable melt-freeze crust has formed on most aspects below 9,000 feet.