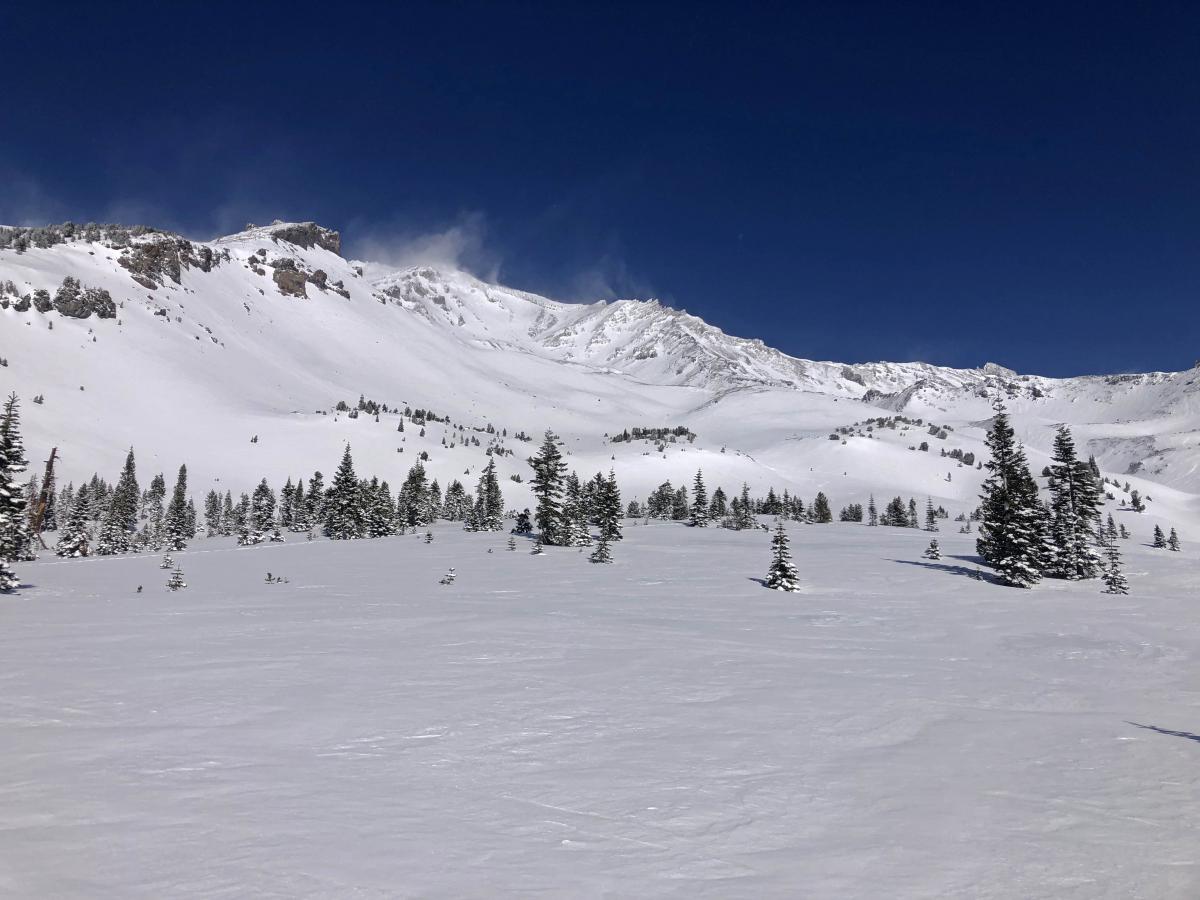 The storm broke early this morning and gave way to an exquisite day. Lingering misty clouds did little to block the bright blue sky. There was some notable wind, especially above the treeline. Light winds were observed up to 9,000 on Lower Casival Ridge. The pesky northwesterly wind was visible at higher elevations for most of the day.  Blowing snow was actively loading easterly slopes. The wind was funneling down the gullies causing variable wind directions and speeds for lower elevations.

We dug a pit on the southeast flank of Casaval Ridge, near treeline. Eight inches (20 cm) of fist hard snow from the series of storms on Thursday and Friday (2/18 and 2/19). This sits atop an inch thick (5 cm) crust. All of which is above 15 inches of fist to 4 finger hard snow sitting on a hard melt-freeze crust from January. Column tests produced planar results with moderate force within the new snow and on a density change down 23 inches (60 cm) but did not propagate in extended column tests. Snow surfaces were soft and smooth below and near treeline, but a transition to slightly wind-affected surfaces was noted above treeline. Some cracking and blocking were seen on the skin track as we traversed a southeast aspect above treeline.