Break In The Storms - Gray Butte 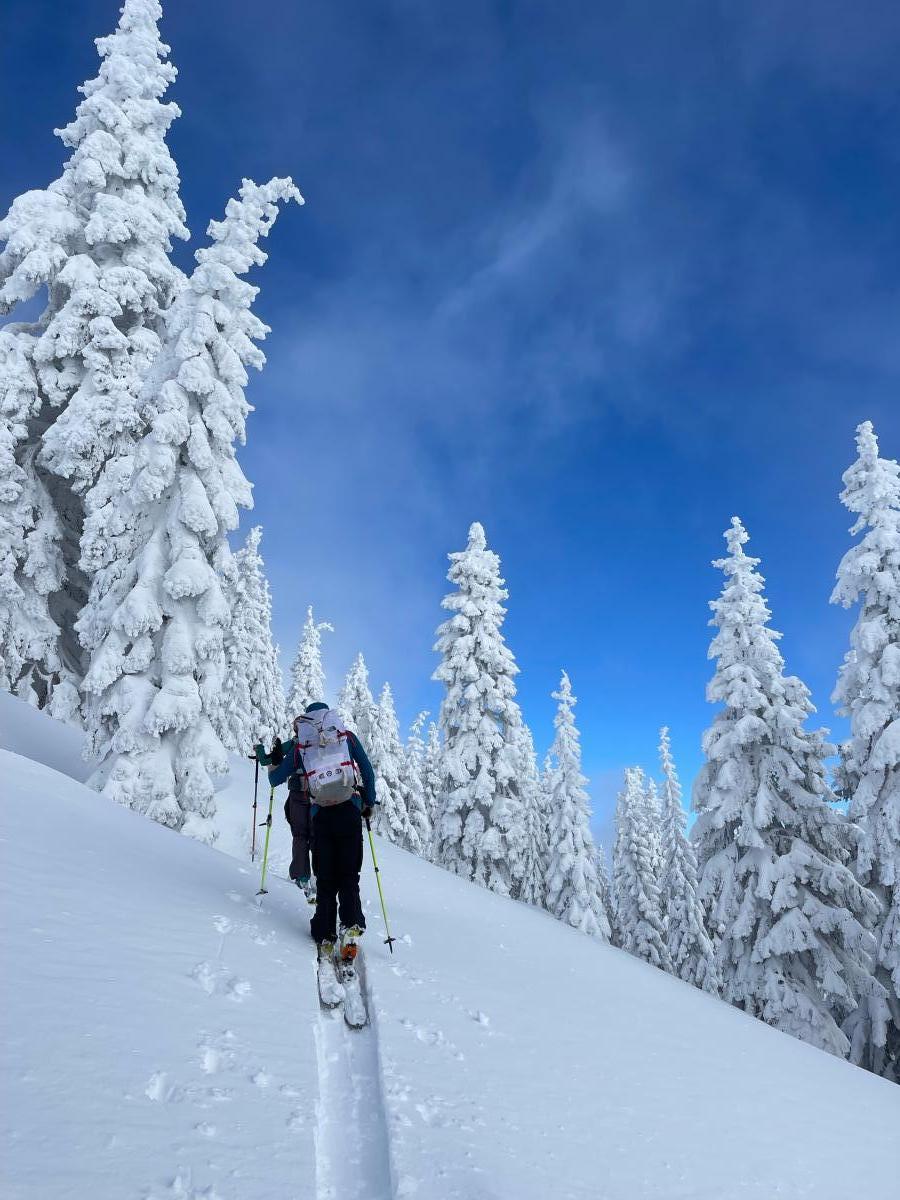 Expecting storm conditions with strong winds, our party chose to spend the day on Gray Butte. The objective today was to assess instabilities on multiple aspects and get a snow profile near treeline. At Mount Shasta Ski Park, we were surprised by light winds and blue sky making an appearance. The sun began to poke out, and surface conditions warmed quickly. Below 7,000 feet, roller balls, shedding trees, and sticky surface conditions were all obvious signs of strong radiant heat. Above 7,000 feet, surface conditions were colder, trees were completely rimed up, and large wind drifts were found on westerly aspects. Broken trees were seen all across upper Gray Butte from previous strong winds.

A pit was dug on the west face of Gray Butte, mid-slope (~7500 feet) with a NW aspect. Snow depth was 255 cm (100 inches), the pit profile represents the upper 189 cm. Overall, well consolidated recent storm snow was found. No instabilities in the snowpack were observed. I got an ECTX result and a shovel shear test showed no obvious failure planes.

On a different note, a decent amount of debris was found in the runout of the west face of Gray Butte, skiers right of the pit site. The widespread nature and volume of debris warrants a future mission to see the crown. 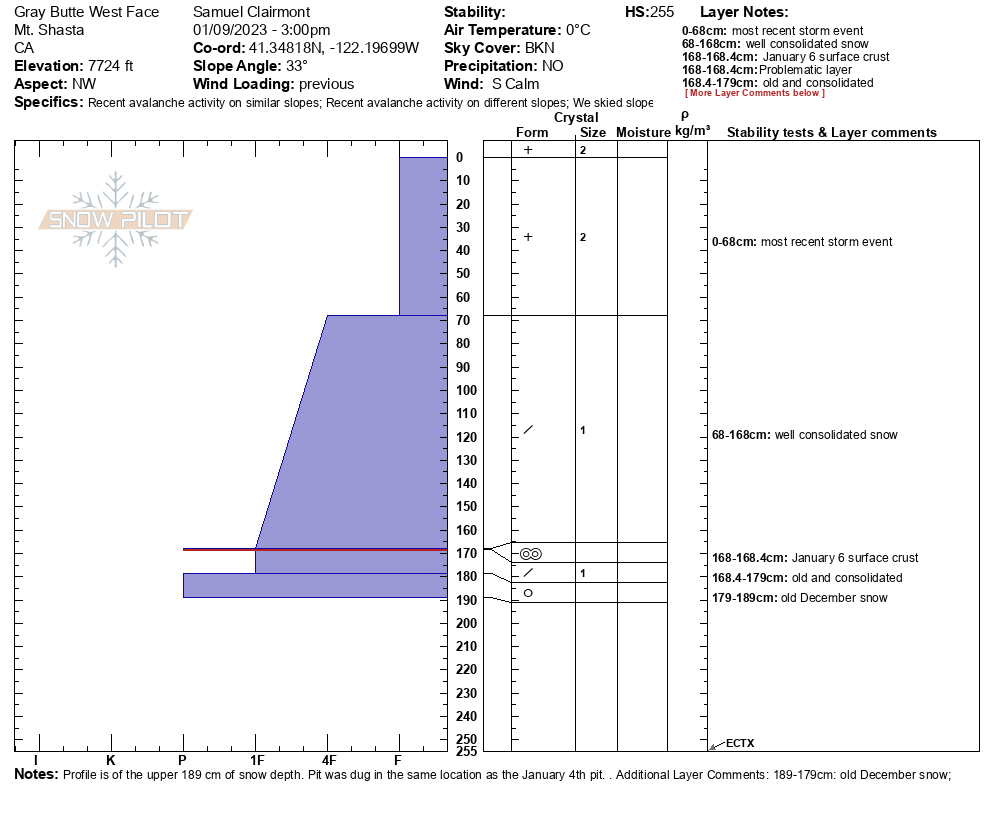