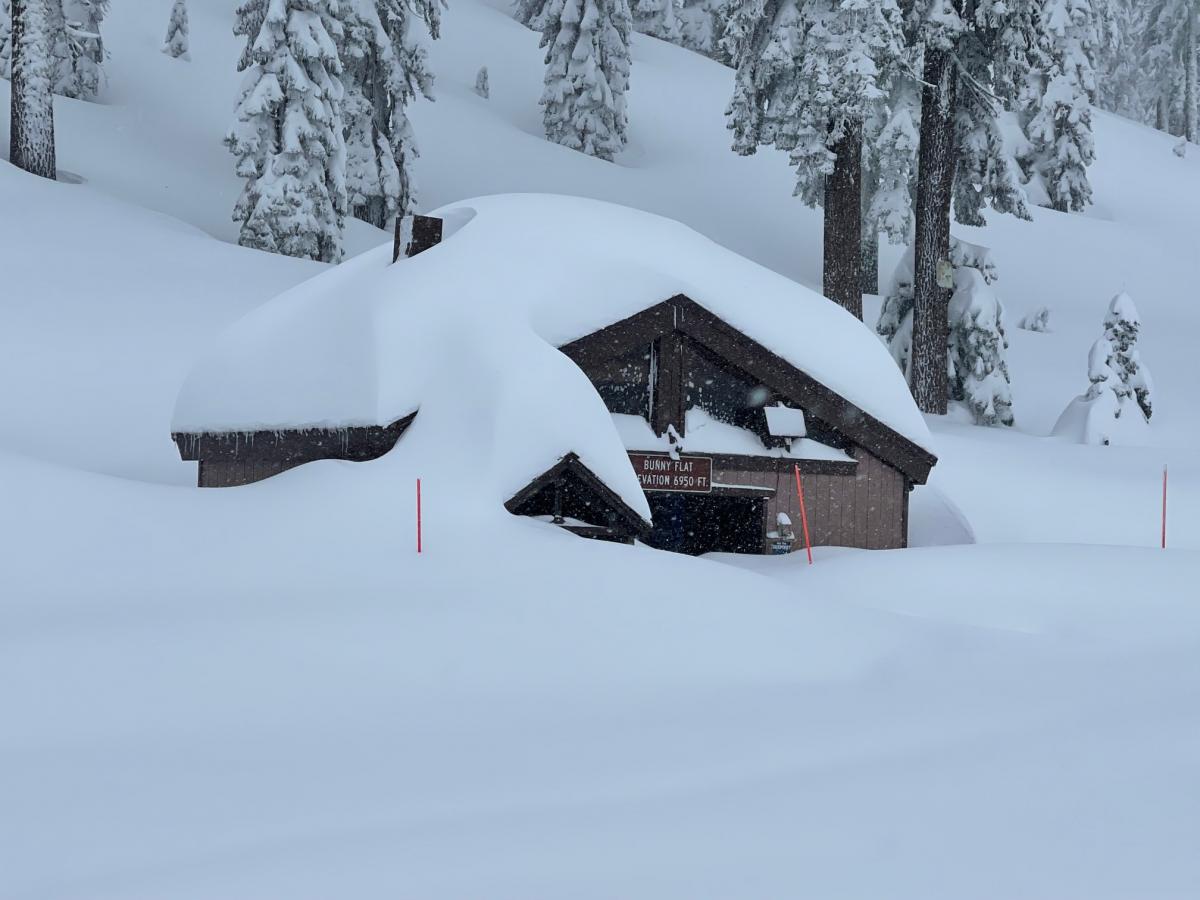 01.11.23 - The Everitt Memorial Highway remains closed. Took power line to Old Ski Bowl via snow machine route from town. Today was a repeat of yesterday...only the snow keeps getting deeper. Really deep. Experts only snowmobiling. Thigh to waist deep if you're not on a snowmobile, skis or snowshoes. Another stormy day with poor, flat visibility and a slow but steady trickle of precipitation, with most accumulation above 6,000 feet. The day had a similar feel to the day prior. Red flags of avalanche danger were subtle below and near treeline. Fresh storm snow struggled to slab up below treeline, and I didn't notice any snow behaving badly. Near treeline at 8,000 feet on an easterly aspect, standard ECT and CT stability tests did not produce failures, but a careful "burp-the-baby" test highlighted a density weakness 25 cm from the top of the snowpack. (see photo) This weakness was likely the break in between the two systems of the past 48 hours. Observations from above treeline were impossible due to whiteout conditions. A few glimpses caught view of ample spin drift off ridges. Predominant wind direction has been out of the south/southeast. South wind mean over the past 24 hours is 10 mi/hr (Gray Butte wx station). Areas with wind near and above treeline hosted the best slab properties and represented the highest avalanche risk for the day. 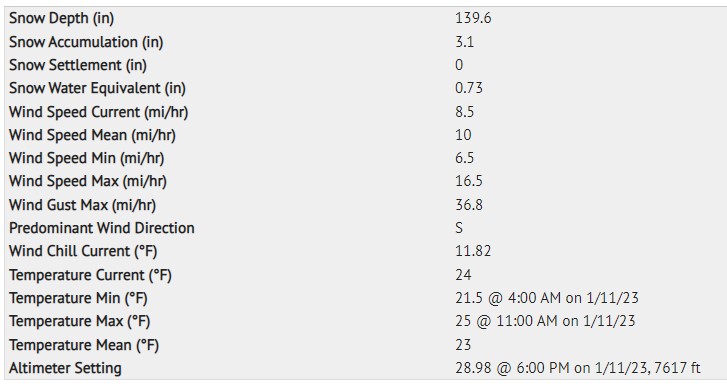