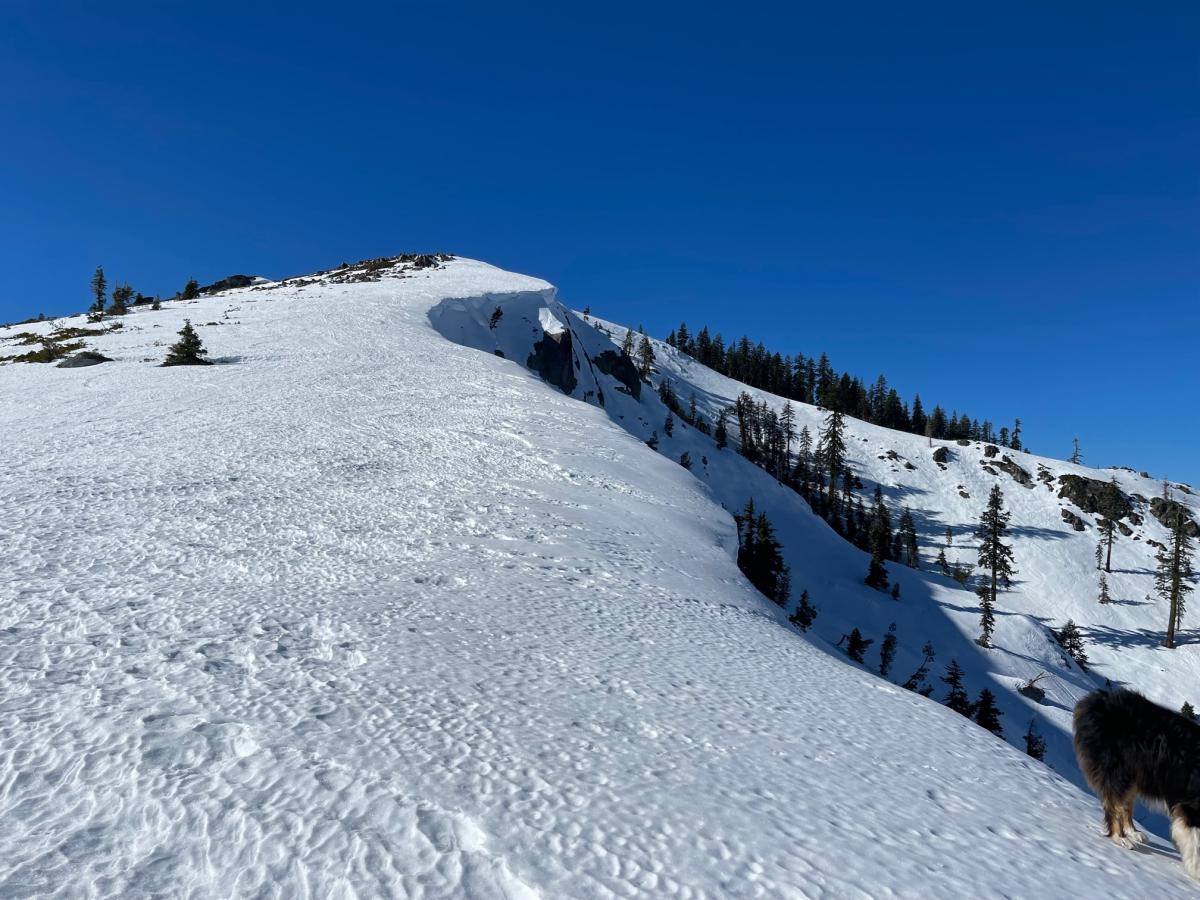 A wandering tour of the Castle Lake area. Today's intention was to have a look at the upper snowpack faceting on wind protected NW-N-NE aspects near and below treeline. Soft, sugary snow (facets) were observed in a handful of cold, shady locations. This snow is about 1-3 inches thick and on the top of the snowpack (see video). Not an issue now, tomorrow or the near future, but should we ever get snow again, it is a weak layer to keep an eye on. Most terrain above treeline has been scoured to crusts by weeks of strong wind. Snow surface texture is widespread. A few old cornices were observed broken off Middle Peak and have tumbled down the slope below. Sun warmed slopes on Right Peak were soft and enjoyable by midday. Watch for manzan-eaters! The lake is frozen and supportable, bathrooms are open, picnic tables available next to the lake. The road is in good shape.  No tracks or activity was observed on Left Peak.

Signs of avalanche danger were nil. Signs of slide-for-life, slip/fall conditions on steep, icy slopes...yes! Ski crampons will be useful during the morning hours. Any hikers heading to Heart Lake with boots, micro-spikes or yak-traks are nice to have, but not essential. 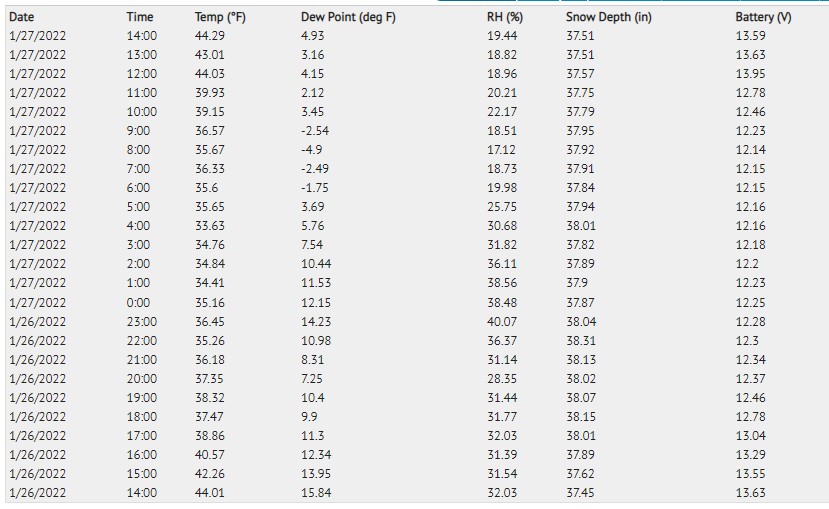