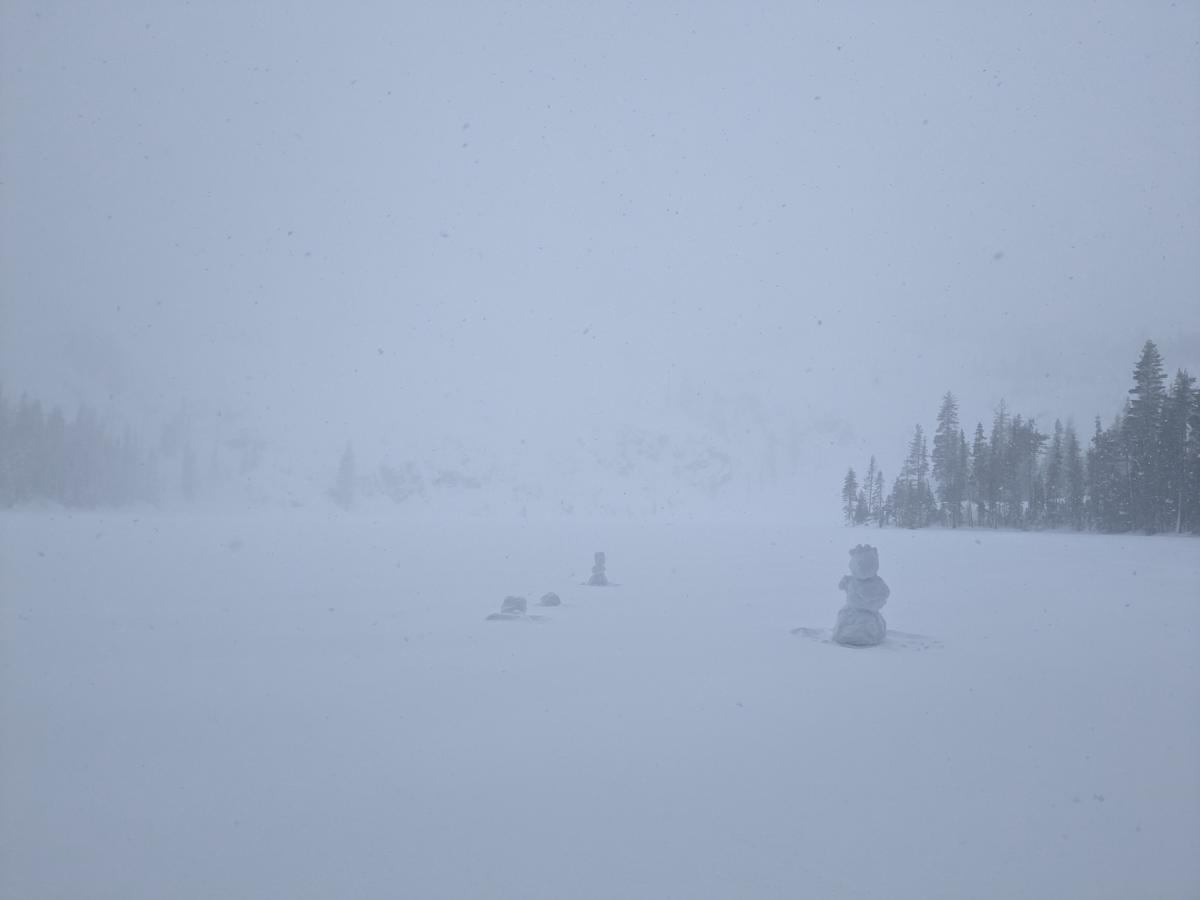 It has been a week since forecasters were at Castle Lake. The objective today was to head there and examine the snowpack on a northerly aspect near treeline (NTL), especially given the dominant SE-S-SW winds lately. The Castle Lake road was open and actively being plowed. Careful route-finding was used all day to avoid any avalanche terrain given the forecast. Visibility was poor with moderate to strong winds and lots of blowing snow--"grit your teeth" kind of conditions. The weather was bearable while in denser trees below treeline (BTL), but quickly became unpleasant NTL. The upper snowpack was wet, heavy, and sticky which made for supportive but resistant skinning.

A snowpit near Heart Lake found the top five inches of snow to be dry, heavy wind-packed snow with denser, moist graupel underneath. Both of these layers were well-bonded to adjacent snow. Aside from the wind-compacted surface snow, the snowpack was mostly rounded grains, or grains starting to round. Two prominent layers stood out as landmarks: a four-inch layer of large rounded grains 89 inches up from the ground, and a one-inch layer of mostly rounded facets 60 inches up from the ground. All stability tests yielded no significant results, and a temperature profile of the snowpit found all points <2°C/10cm.

No instabilities were observed throughout the day. However, this should be taken with a large grain of salt as none of the day's observations were in terrain capable of producing an avalanche. Steep, inconsequential test slopes NTL were resistant to sliding and mostly found to be wet, thick, and mushy. Splitboarding back to the trailhead was difficult, with the snow actively resisting your movements. In fact, the snow was thick, dense, and compacted enough any boot-packing was easy.