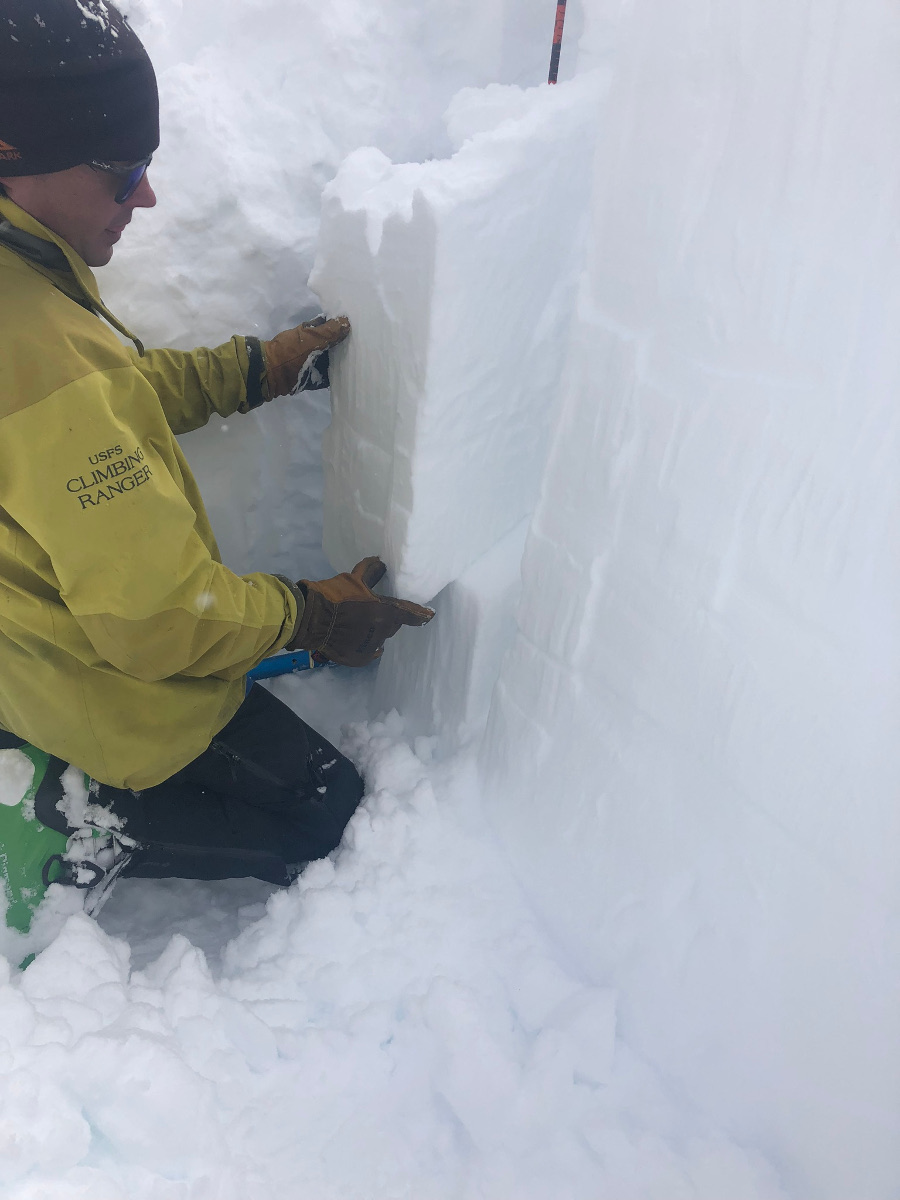 Overall column and block tests did not show consistent or notable results. Of primary concern was the layer down 86 cm (34 in) that exhibited ECTPV failures last week on a similar aspect. One moderate column test failure was achieved here, but was not repeatable. No ECT results were seen here and DT tests showed hard failures.