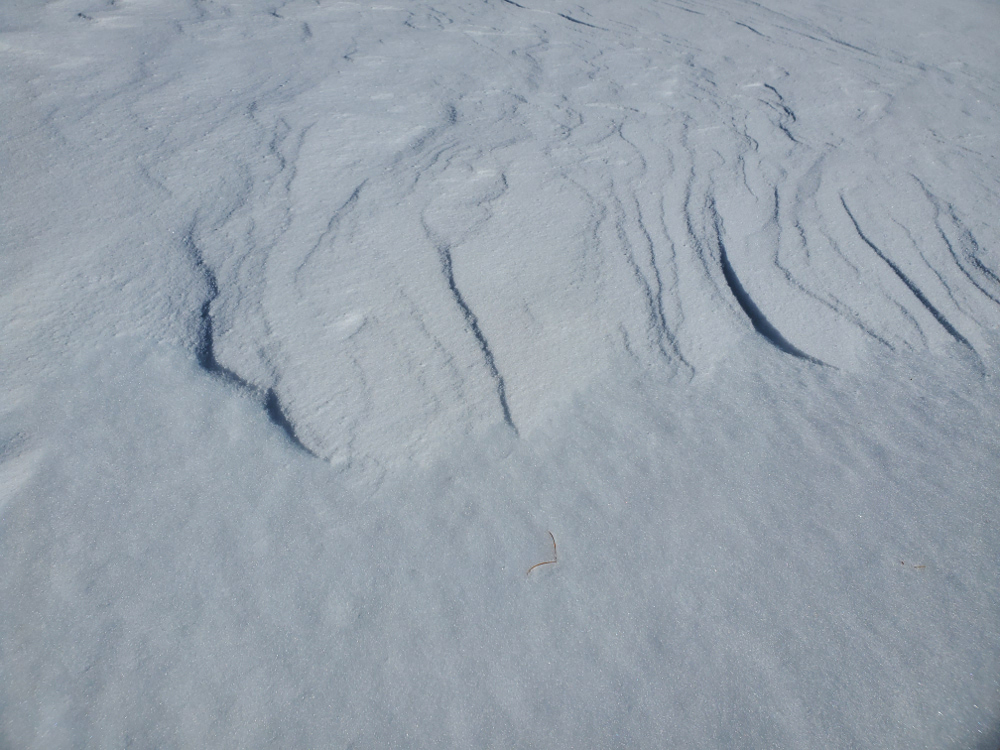 Winds have stripped the tops of moraines and westerly facing aspects down to the pre-Christmas crust, which your boot will penetrate but your skis will not. Generally the snow surface is wind textured or scoured. Gullies hold 2-3 inches of snow and provide pretty good skiing conditions, though an occasional icy spot will be encountered.

Though wind was transporting snow above treeline, very little evidence of wind slabs were seen, and when they were, slabs were very small. Small cornices could be found in isolated areas. Most blowing snow was being sublimated.

No signs of instability were seen.