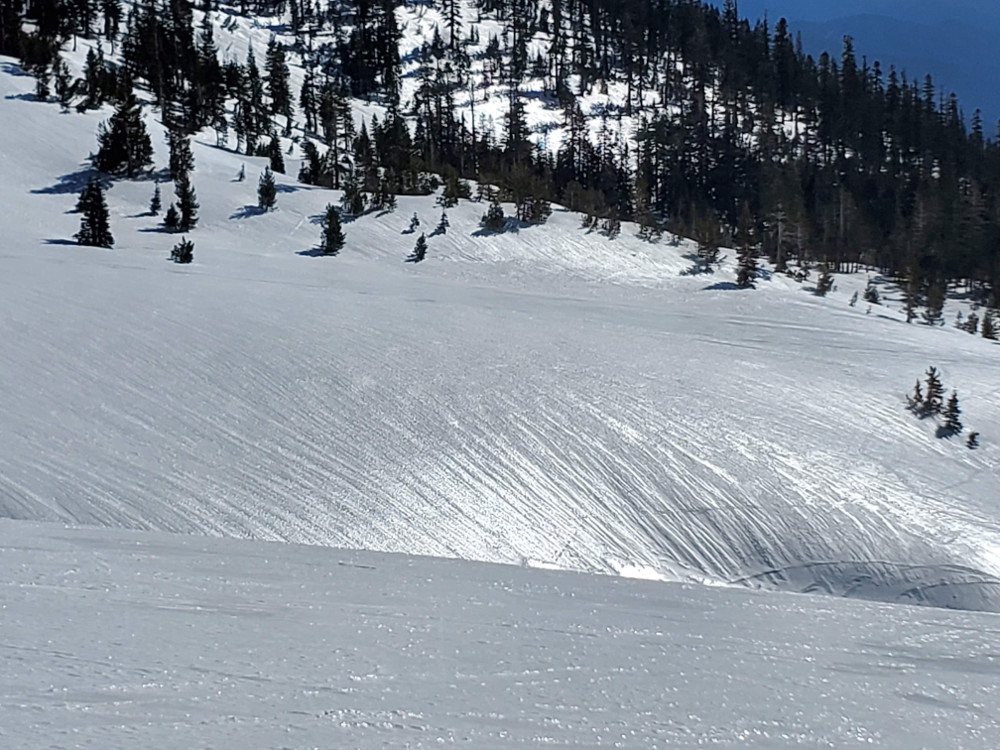 Skinning on slopes greater than 20 degrees was difficult and frustrating. Winds prevented much softening of the snowpack, though there were spots on east facing aspects after 2 p.m. where solar radiation had begun to soften the snow.

Ice axe and crampons are mandatory for any foray onto steep slopes.