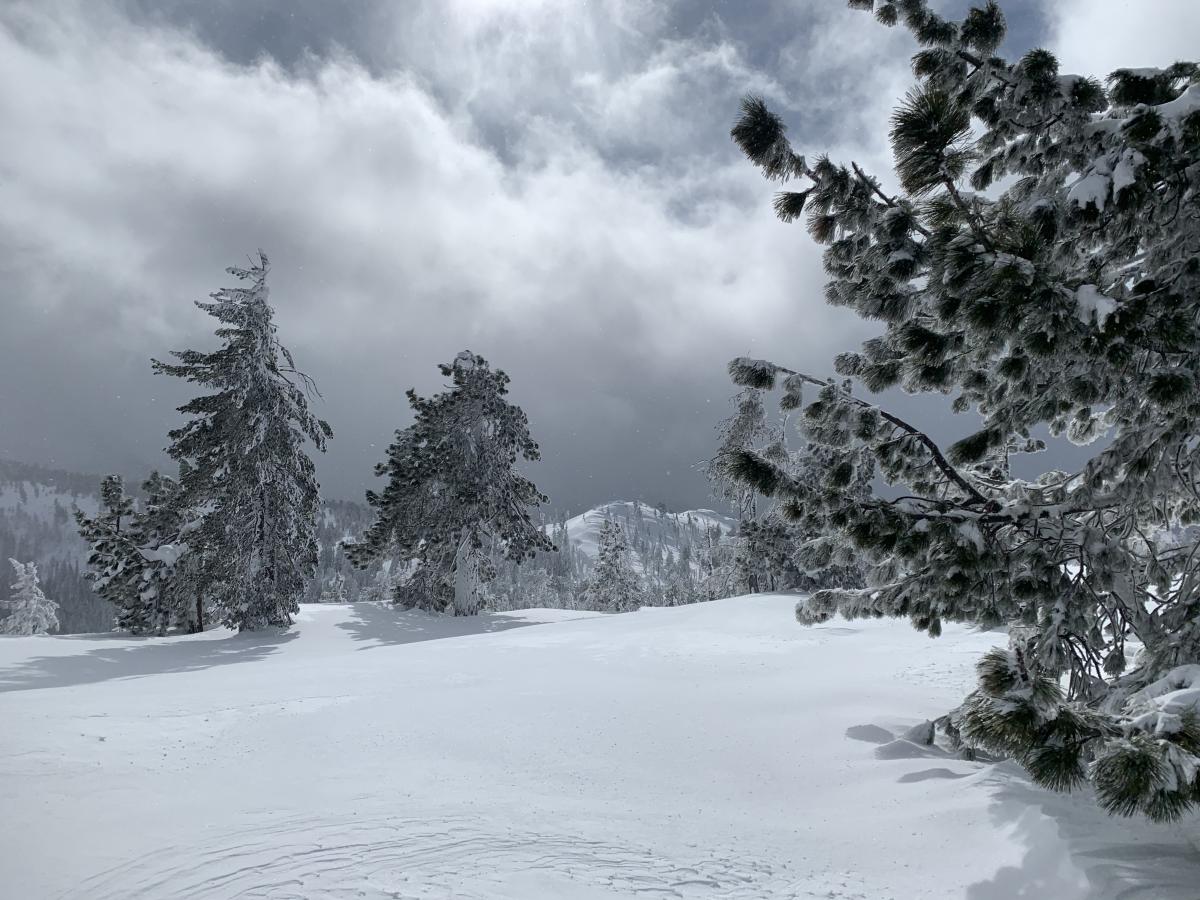 Each year, the USFS Mount Shasta Avalanche Center assists with snow survey for the California Department of Water Resources. Snow height and water content are measure to help with water allocation decisions. The Deadfall Lakes course sits just above the main lake. Snow survey course markers can be seen in the trees if you look around. A series of 10 "stabs" are taken with the survey equipment. An average depth of 53 inches was observed with a 70% water content near lake level.

The Eddy Mountains received 8-10 inches of new snow in about 12 hours, beginning to clear around noon. Mostly cloudy skies began to part and blue sky could be seen at times. In valleys, winds were calm. Along ridges, northwest wind was moderate and productive at blowing snow. Cornices were peppered along ridges facing E/SE/S and some other aspects. A couple small slab avalanches were observed. One on a north facing bowl near treeline and the other on a SE facing slope above treeline. Neither were big enough to bury a person. Temperatures stayed cool, topping out at 24 F. Despite two recent avalanches, no other signs of danger were seen. The snowpack is right side up with existing storm layers well consolidated, but still soft. Only concern is for new wind slabs from cold temps, NW wind and fresh snow available for transport. I would expect loose, wet or dry sloughs in the future, as soon as temps warm or on sunny slopes below treeline.