Extreme Winds On The Upper Mountain 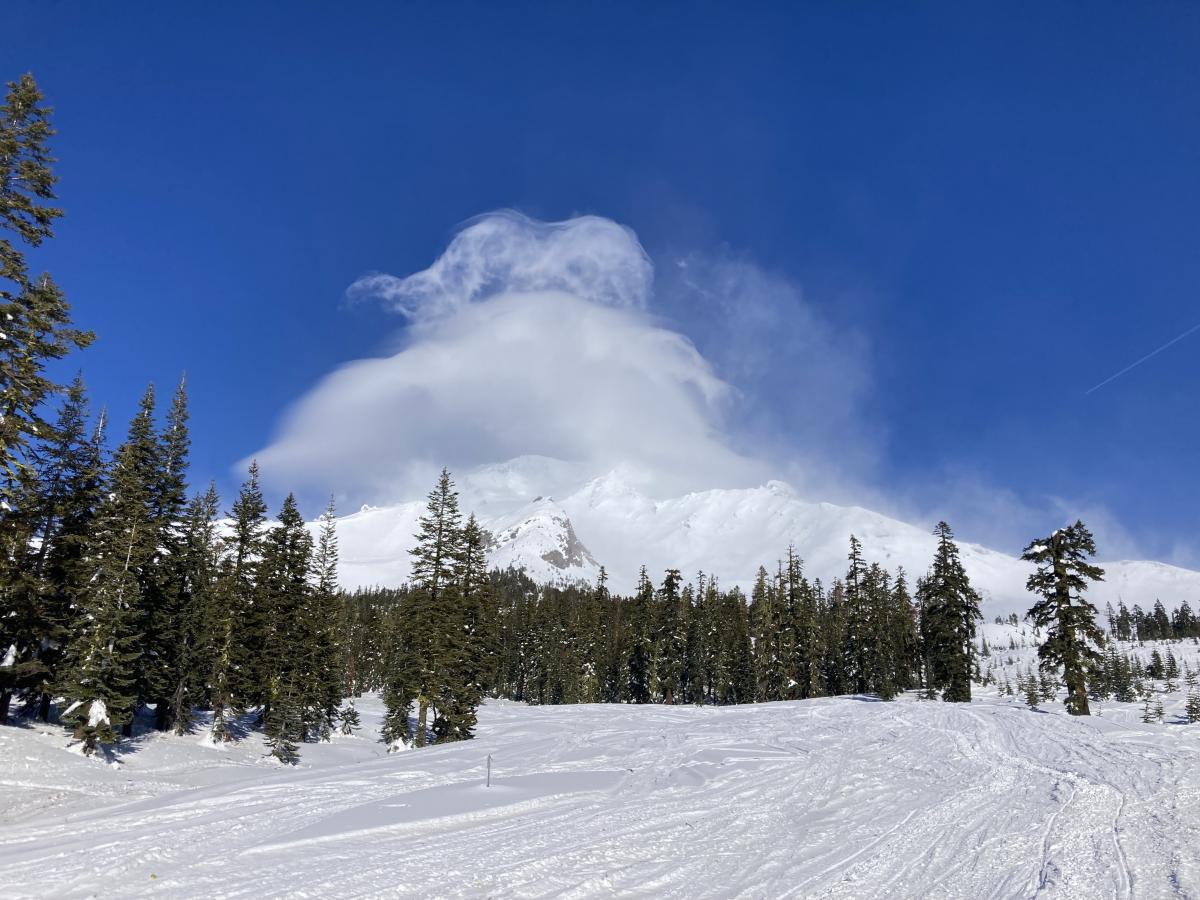 Today's itinerary was to assess terrain above treeline in the Old Ski Bowl and to complete some maintenance at Bunny Flat. We approached from the power lines route, where we found signs of heavy sled traffic and a very beaten path. The riding conditions were firm and tracked, with a surface sun crust down low. We noted a slight temperature inversion compared to town as we continued up the mountain. Large lenticular clouds could be seen occluding the summit of Mt Shasta for the entirety of the day.

The most significant observation today was just how strong the winds were. Winds were in the extreme category (>38 mph) the whole day above treeline. Wind transport was easily seen on all northerly aspects on Shasta and the surrounding mountains.  Above treeline, virtually all surface conditions were extremely wind effected, with widespread sastrugi features covering even the most sheltered areas. Riding became very difficult with winds nearly toppling the sleds, we turned around at about 8,000 feet. Broken trees and branches were found all across the slopes below treeline. An avalanche was found in Sun Bowl (south aspect, R2D1) that likely occurred within the last 24 hours. It appeared as a shallow wind slab. Another crown was spotted along Casaval Ridge at a similar aspect and elevation.