Freezing fog and rain caps off the snowpack 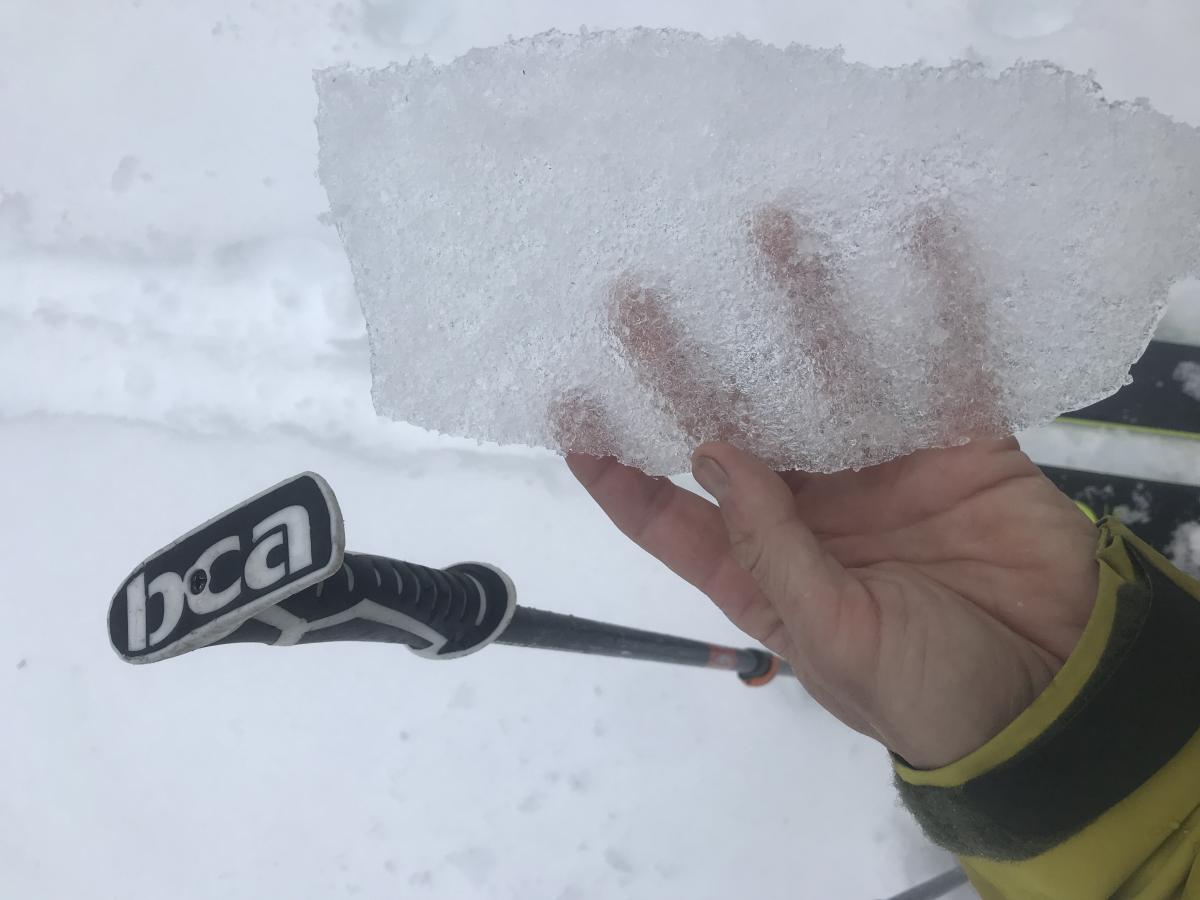 BLOWING SNOW: None, no snow available for transport due to ice lens cap on snowpack

NOTES: For the storm starting on December 18th at noon until now, we have received just over 1 inch of snow water equivalent, which has translated into mostly snow above 6,000 feet. Lower elevations below treeline hold 4-7 inches of new snow, near treeline 9-13 inches and above treeline is variable due to strong winds...some areas are scoured, other hold 1-2  foot drifts. Last night (12/19), the forecast area experienced a rapid warming, accompanied by light precipitation in the form of freezing fog and rain. This created a widespread ice lens, capping the snowpack and sealing off the fresh snow beneath. The ice lens begins near 6,500 feet. As one gains elevation, the lens becomes thicker. Some wind scoured areas above treeline on Mount Shasta are likely VERY icy and extremely dangerous, i.e. slide for life conditions.

The top 2.5 to 3 feet of the general snowpack hosts an interesting structure. While no one layer has produced planar shears, we still have harder snow over softer snow, several crust layers and now the ice lens on top. Uncertainty remains for the future. Any significant snow load could fail above or below the 12/19 ice lens. Below treeline where the lens is very thin, failure would likely occur below. Near and above treeline, where the lens is thicker and hard, failure may occur above. Either way, it's an ideal bed surface.