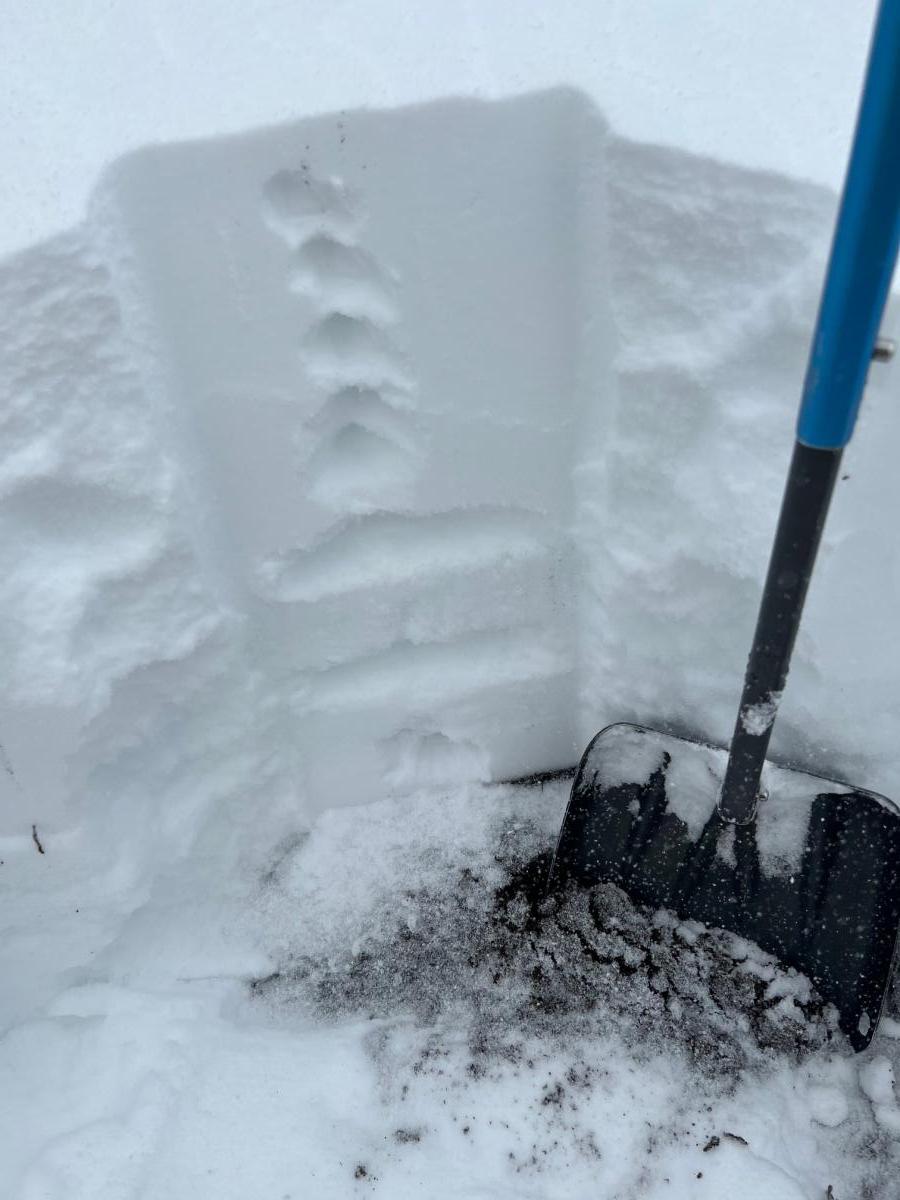 A handful of photos from the past couple days. Below is our recent climbing advisory update. If you have further questions, don't hesitate to give us a call. We will call you back as soon as possible. 530-926-9614  Email works too: nicklaus.meyers@usda.gov

Well, we're not sure if we should welcome Old Man Winter back or ignore him in the corner? Mt. Shasta has seen a steady stream of storms beginning April 11th and since then, has received 30 inches of snow. Near treeline at our Old Ski Bowl weather station, 60 inches is recorded. Remember, however, that almost all terrain below 9,000 feet before was melted out on the south and west sides of the mountain before the April snow. It's like starting over for the snowpack. Skiing is happening, but the turns do not come worry free. A mellow cross-country ski might be the soup de jour. Post-holing in the fresh, unconsolidated snow is going to be a real issue in the near future for climbers. It is good to wait until the snow (and the weather) settles out, or give it a go and bring your gaiters. Avalanche danger is not much of a concern on the lower half of the mountain due to the still shallow snowpack. Where existing snow remains at mid and upper mountain levels, avalanche danger is a hazard to evaluate. We have not observed any recent signs of instability, though visibility has been tough. We are back to carrying a beacon, shovel and probe and...know how to use them. Remember the five red flags of avalanche danger:

April is one of the most variable months of the year for weather. If you choose to climb, be prepared (for winter!). Anchor your tent well. Do not climb into a whiteout. Numerous weather forecasts are available under our weather tab. This forecast is a good go-to. Read it. Further, track live weather info on the mountain from our two best on-the-mountain weather stations, Old Ski Bowl and Gray Butte. Rockfall is likely less active, with a new snow locking things up. None-the-less, wear a helmet. The summer trail is/was wanded to the Shasta Alpine Hut (Horse Camp). Please use this trail from here on out to access Avalanche Gulch. Water is available here, and the bathrooms are open.

Overall, It's been one of the driest winters on record on Mt Shasta. Avalanche danger has been mostly low since early January. The current snowpack resembles what one might find in a normal June, aside from the 30 inches we received since 4/11. The spring snow storms will prolong the climbing season, but for how long? We're not sure. It all depends on weather, but we think April and May will be pretty good. June will be questionable and July will probably be getting pretty boneythin up there on the south/west sides. For any of the south/west side routes to be relatively safe and enjoyable, they require snow cover.