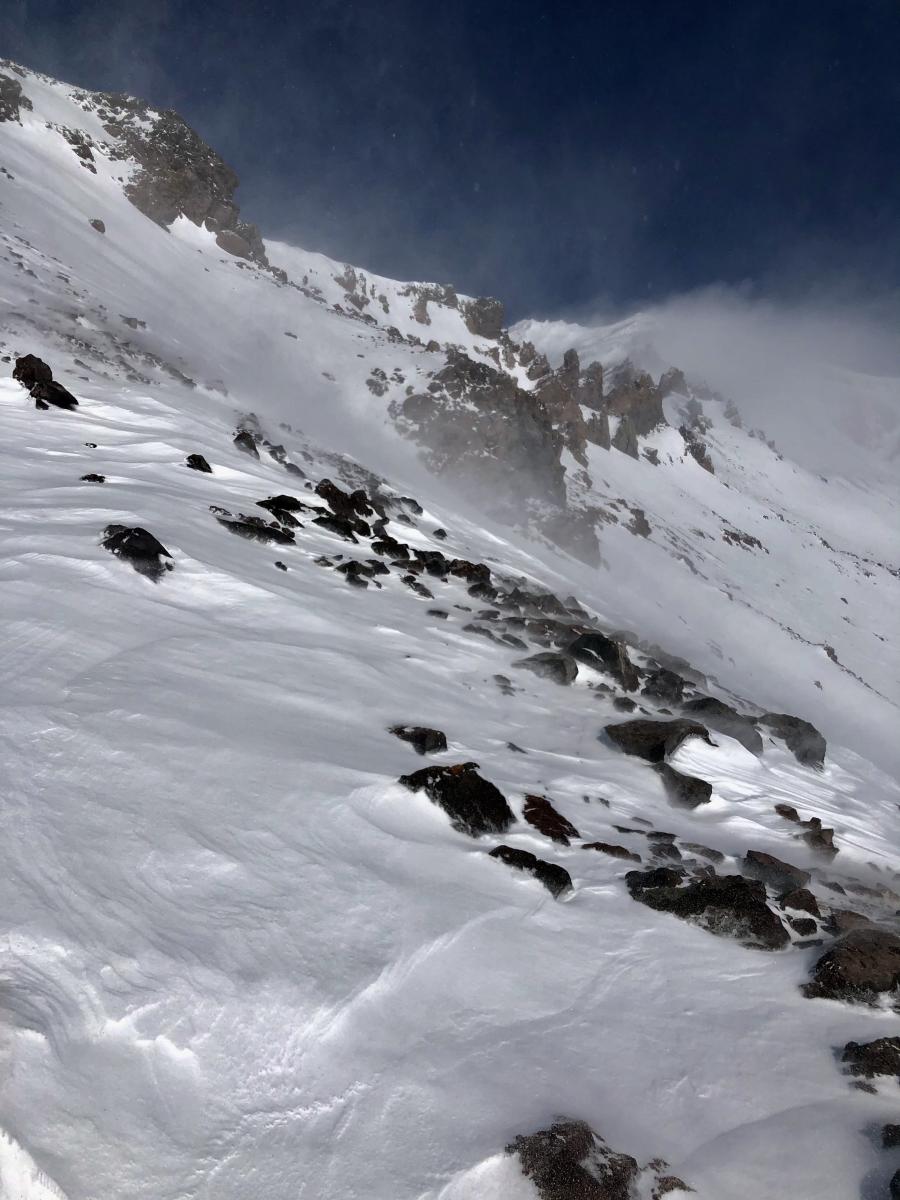 John and I did a tour up Giddy Giddy gulch from Bunny Flat. The new snow in the morning with a good Avy report and the chance of blue skies lured us up the mountain. I was concerned mostly about the hidden rocks and trees that may be lurking. We did not hit one the whole day! Giddy gully had 4-6 inches for 2/3 of the way up, then the winds picked up around 10:30 or so. The wind was gusty and swirling causing snow transport down the gully. The sides of the gully were scoured and probably not ski worthy. Our skin track up the gully was completely covered in snow due to wind transport. At the top of Giddy the wind was swirling in twisters off and on making it feel colder. The ski down was great, with 4-8 inches of new snow. We saw a group of 5-6 heading up when we got down to the bottom.