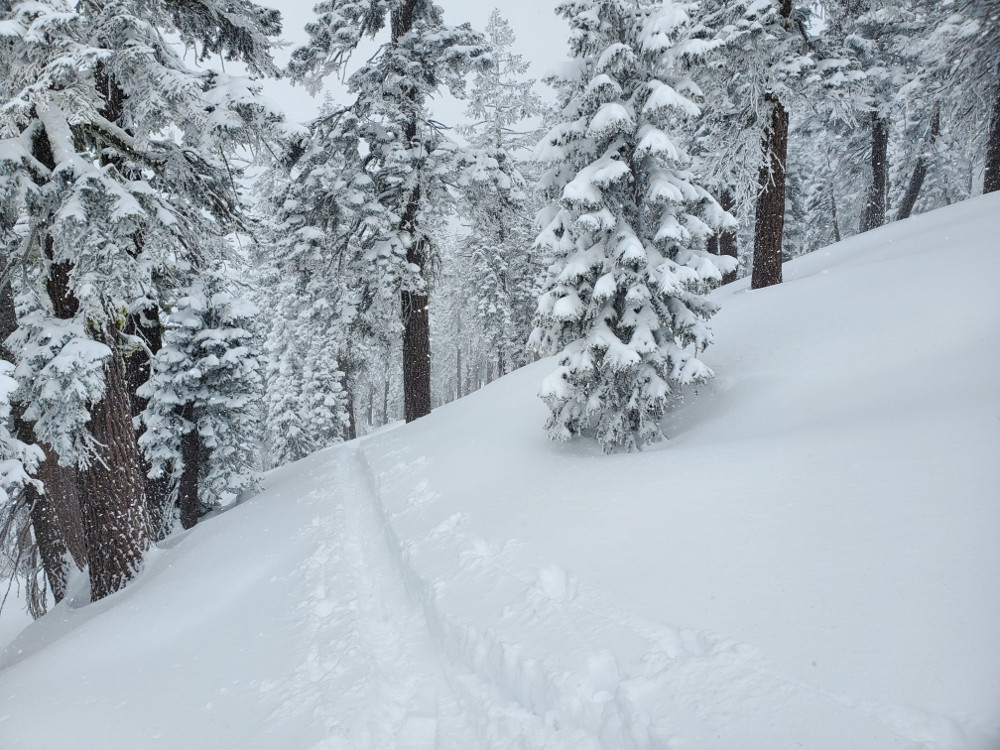 Gray Butte always offers a great picture of avalanche issues on a storm day. So we went on a tour again. Here is what we saw:

Some notable column test failures were seen on a west facing aspect near 8,000 ft below a rotten, thin ice crust sitting atop a granular, weak layer. This configuration seemed to be an anomaly and was not seen elsewhere on similar aspects.

It was hard to distinguish storm slabs from sluffs. One could argue over the semantics, but on slopes near 40 degrees, you could get some snow to move downhill, though the releases were thin and inconsequential.