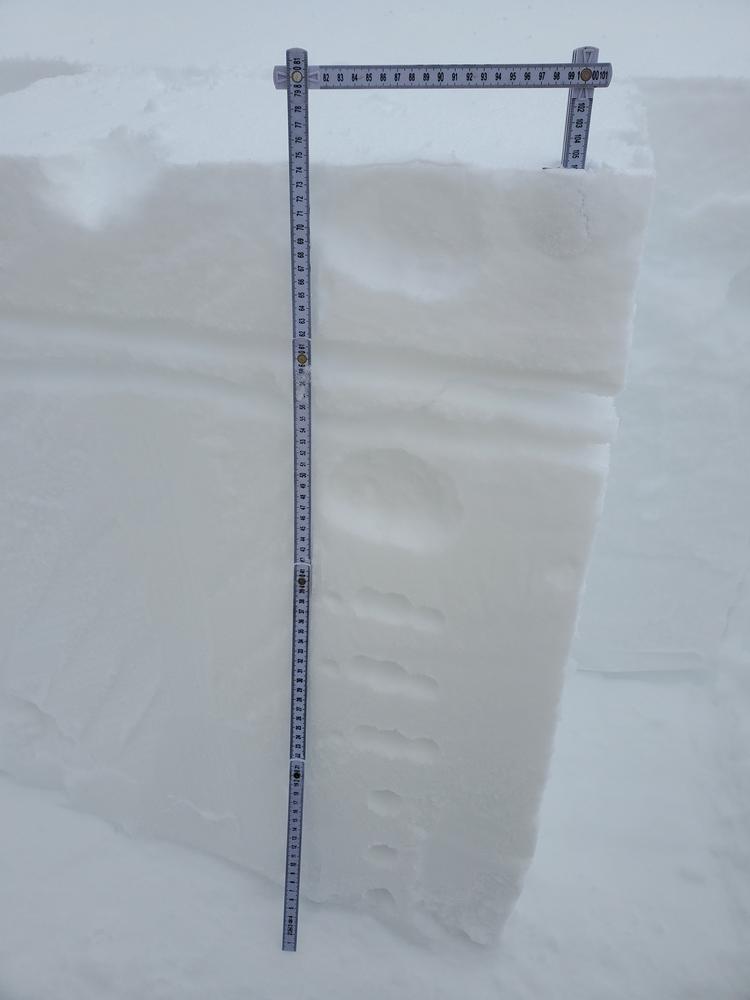 On a tour up Gray Butte, we encountered around 5 inches of new, light density snow sitting on top of a thin breakable crust. Winds were calm to light and very little wind effect was seen in the snow. Some small drifts produced shooting cracks and blocking behavior.

Column tests and shovel tilt tests produced easy failures below and above the crust. Extended column tests produced propagation about half way across the block. We felt this could indicate a potential for a storm slab problem.

We dug down to the stout crust existing before last Wednesday's storm. Snow is well bonded there. Snowpack is right side up varying from 1F to 4F to F hardness.