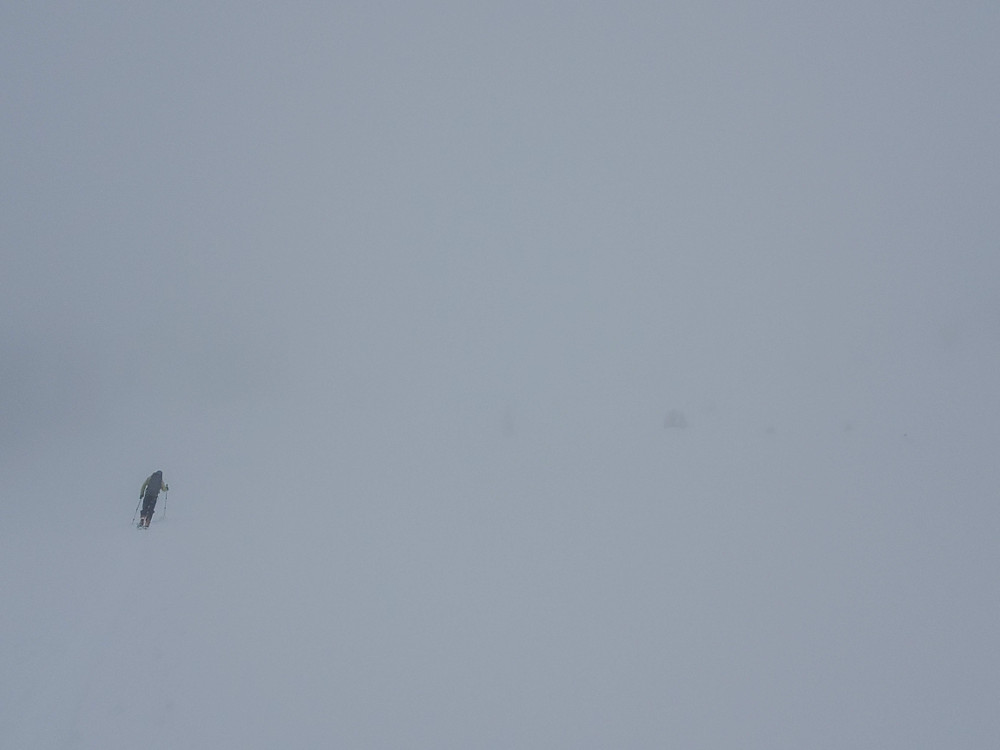 Yesterday, there was around 22 cm (8.7 in) of low density snow sitting on top of a crust that at times was breakable, at times supportable. Average height of snow was around 105 cm (42 in). Winds were calm and no signs of wind affect were encountered above treeline.