A day of full sun and temperatures several degrees warmer than yesterday. Winds died down considerably near and below treeline, but left behind plenty of evidence of past destruction. Strong wind was visible (blowing snow) on the upper mountain, well above treeline, along Sargents and Green Butte ridges, Redbanks and the Summit Plateau. Did not see any new avalanches, but found plenty of deep, hollow wind drifts well over 2 feet deep on SE-S-SW aspects. A 2-3 inch wind crust formed over the new snow in wind exposed areas, capping off the soft, fist hard storm snow below. The crust (slab) could be easily triggered upon isolation in pit tests. This shallow slab rests on top of soft snow and if an avalanche was triggered, if large enough could easily gouge into deeper snow layers. Snow surfaces are smooth in some locations and wind affected in others. A sun crust can be found at lower elevations below treeline. Did not observe any rollerballs, but was off the mountain around noon. 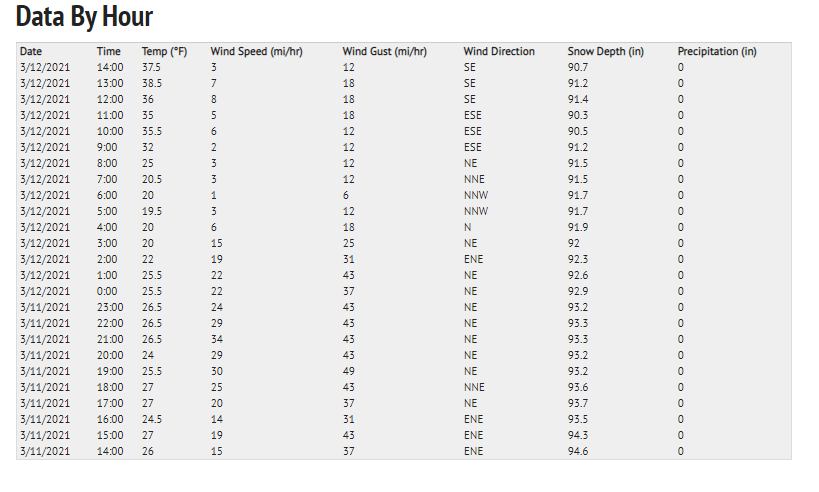