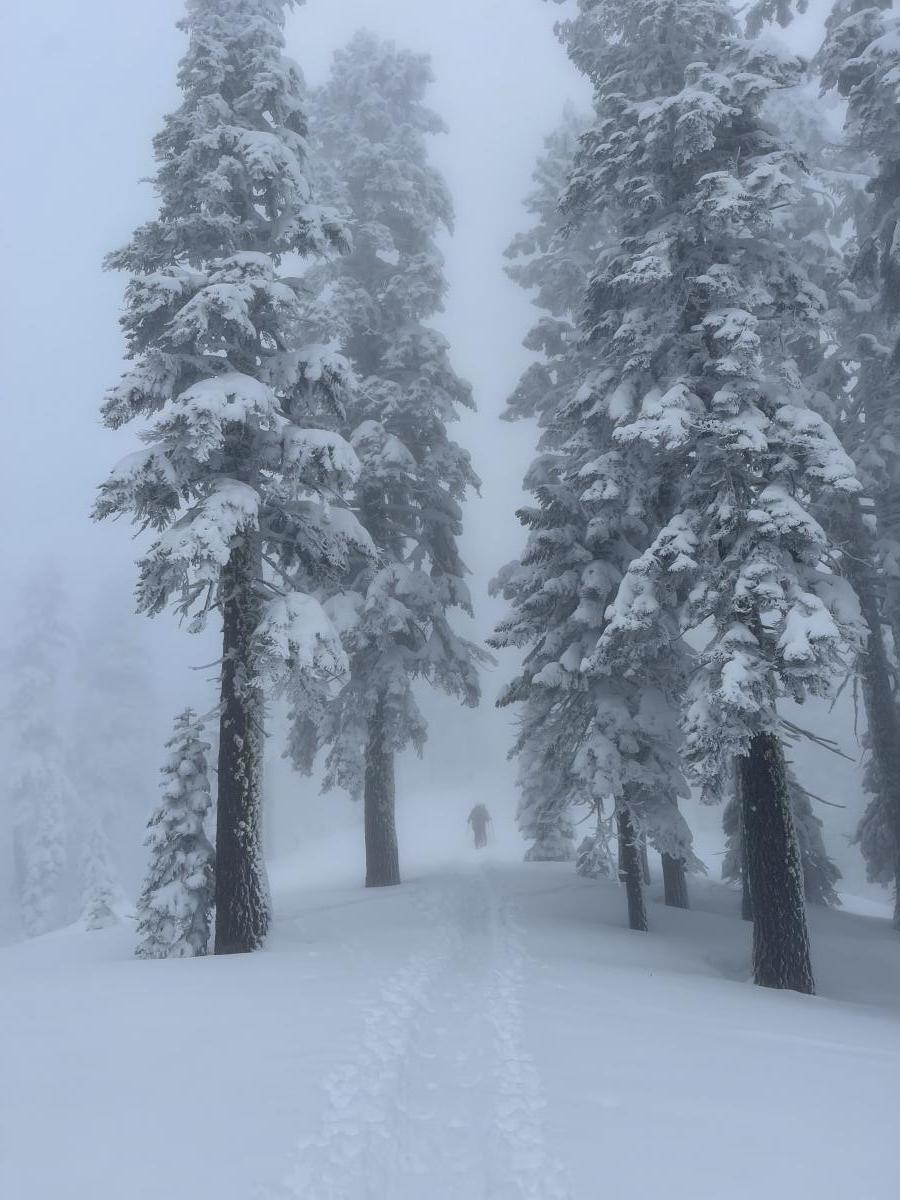 A very foggy day with zero visibility, at least for me during my tour. A select few who went out early or stayed late experienced some decent visibility, but overall the day was mostly pea soup. The freezing fog crust is the talk of the town. Recent powder turns of your dreams quickly became capped off by the 12/28 freezing fog event. Some decent turns can still be found, but it's nothing to write home about.

Avalanches have been hard to come by. A small sluff in steep terrain or lingering wind slab on an unsupported, steep slope is probably all that could be triggered out there now.

The weak, low density snow that surrounds the freezing fog crusts is notable should we get a big dump on top. A wafer thin crust on top of the snow surface could support new snow, but the question is how much before the weak snow below collapses and causes an avalanche. We will keep our finger on this pulse.