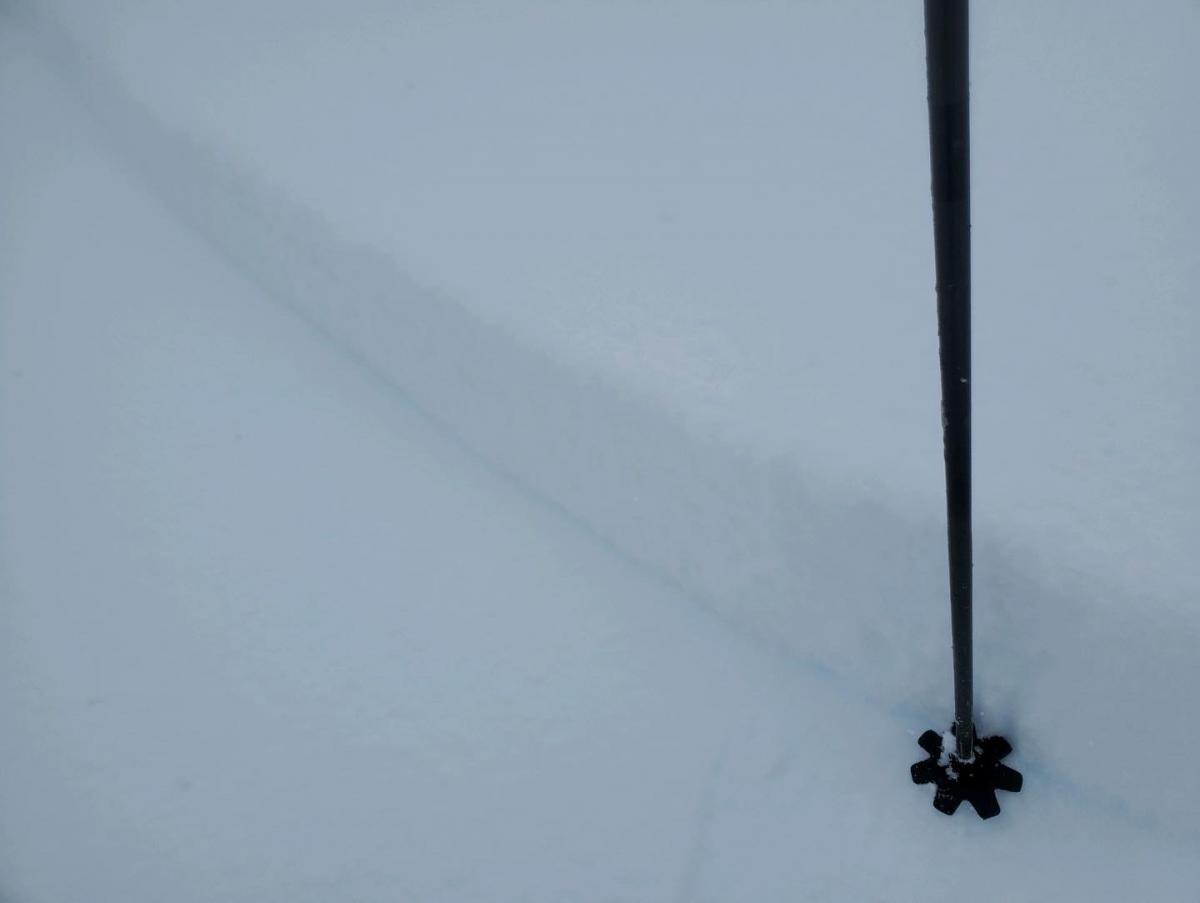 After a 20-hour break in precipitation, yet another wave of wintry weather rolled in early today and brought a quick four to nine inches of new snow over a 12-hour period on Mt Shasta and Gray Butte. It was accompanied by SSE winds averaging 14 mi/hr. Storm slabs below and near treeline saw a quick spike in avalanche danger this morning. Shallow slabs easily sliced off a few small test slopes during the AM hours. By the afternoon, the snow already began to settle, visible by fresh settlement cracks around trees. Storm slabs were unreactive in the late afternoon. Near and above treeline, wind slabs are still a thing, and we’re sensitive to cracking. Visibility was very poor. Ski and snow quality was exquisite. Red flags of avalanche danger were more subtle today, though still out there. The snow level hovered around 4,000 feet.

An older recent avalanche on the skiers left side of the west face of Gray Butte was found. This slide path isn’t huge, but a frequent flyer with tree-sifted wind loading and a convex rollover over start zone of 38 degrees. If caught in this slide path, your chance of being wrapped around a tree is 100%. We will see spikes in avalanche danger with the continued storm jamboree impacting California. Stay on your toes out there. 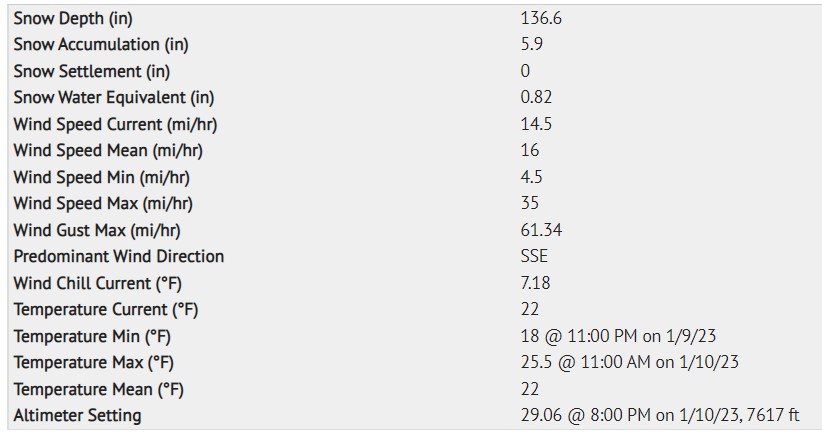