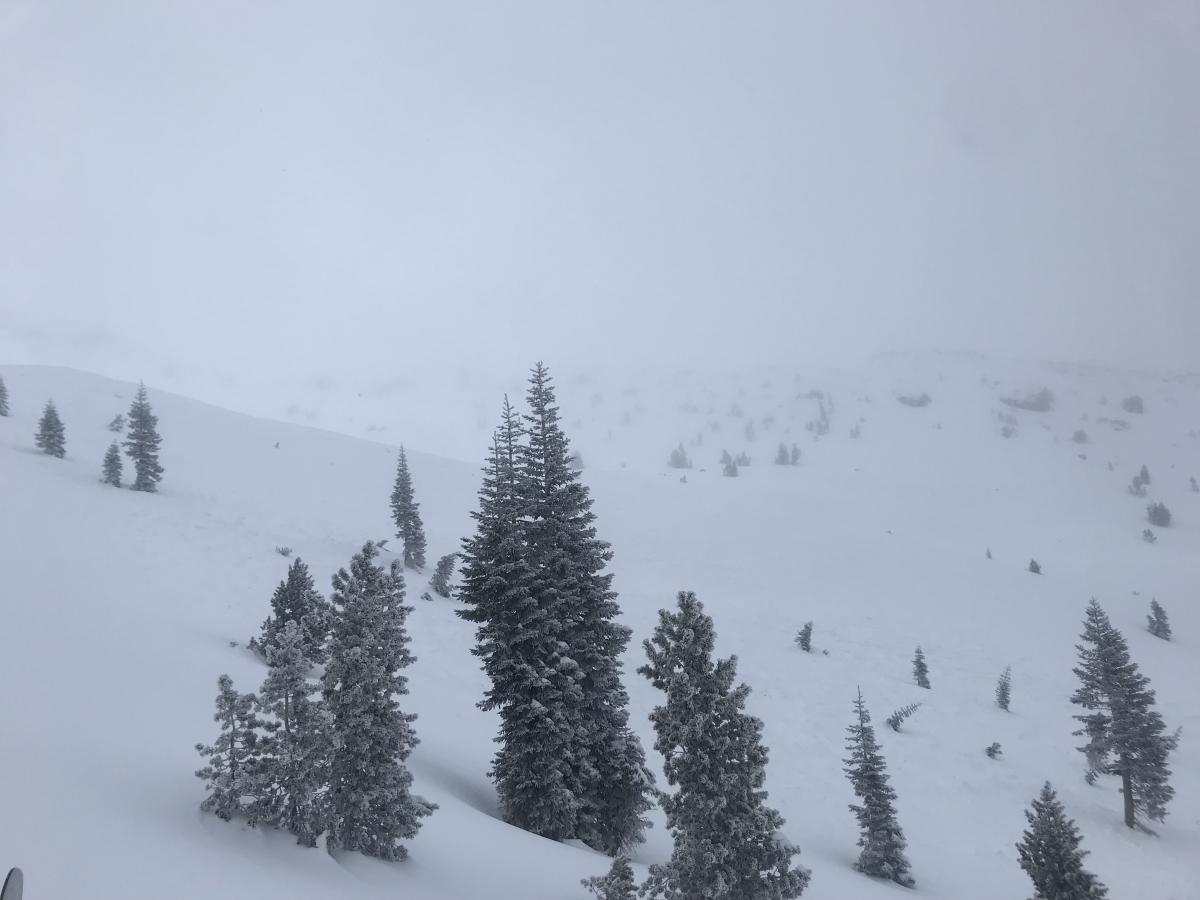 Todays objective was to observe snow surface conditons and weather trends prior to the approaching storm. Eric and I ascended Green Butte ridge where we could observe multiple aspects.

Regarding the weather, visibility was poor when starting out from Bunny Flat parking lot. Visibility then worsened above treeline, making it difficult to distinguish any geographic or snow features. Winds were unnoticeable below treeline, and then light out of the southwest above treeline. We experienced light precipitation in the form of graupel. Rime was also developing on trees and structures.

A hasty pit was dug on a SE aspect at ~8000ft. The surface crust was found with about 2 inches of new snow beneath it. Below this new snow was 23 inches of consistent 4-finger hard snow, followed by pencil hard melt-freeze old snow to the ground.

No signs of instability were observed today. However, It will be interesting to see how the impending storm will interact with this widespread surface crust.