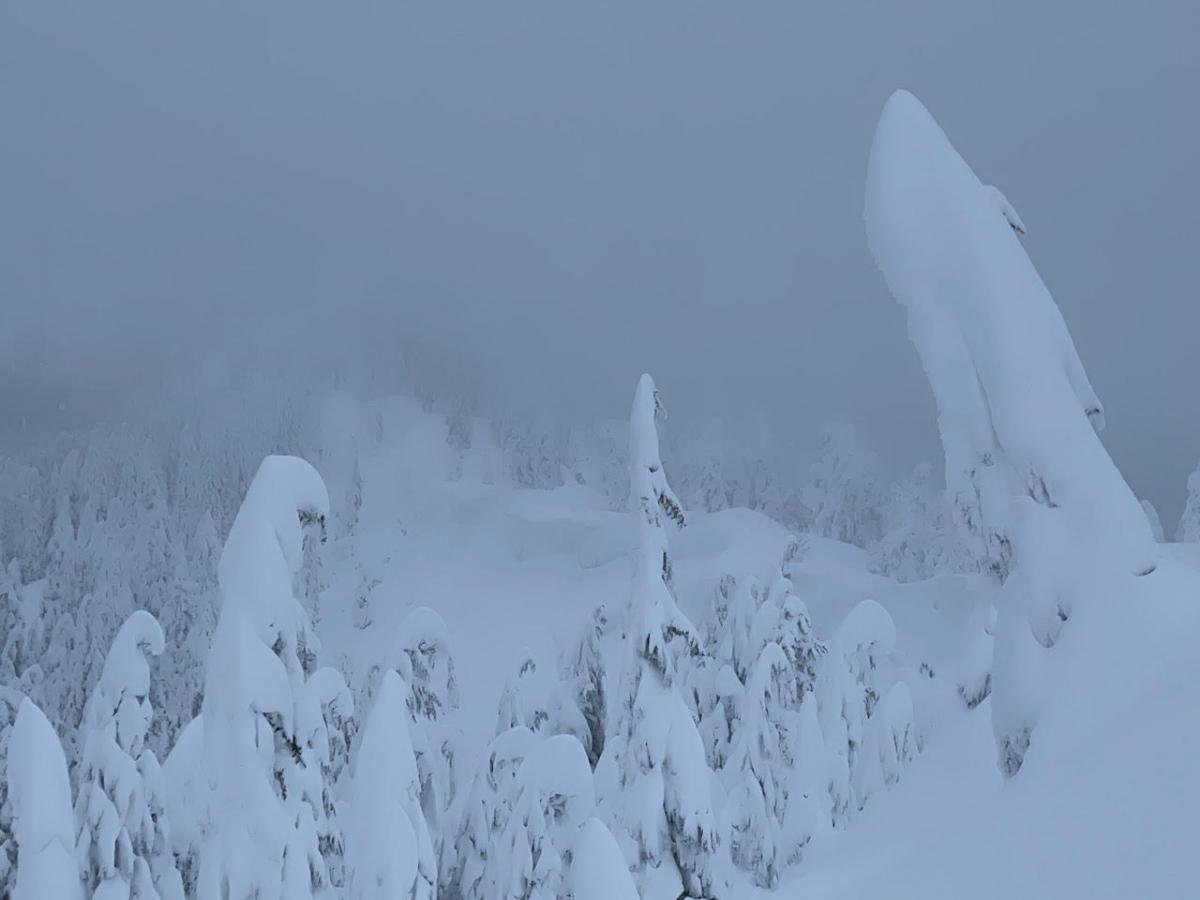 Today’s observation led me to Gray Butte to investigate the aftermath of storm snow and wind effect. Throughout my tour, visibility near treeline remained poor, and the wind was calm from the south and southwest. I observed no new wind transport. Winds have crafted large cornices, and wind drifts along areas of exposed ridgeline. The new snow from January 13th was easy to penetrate, and I initiated minor cracking and blocking instabilities within the new snow, old snow interface. The January 12th rain crust was found 100cm down from the snow surface, inferring my pit location had previously been wind loaded, even though it did not originally appear that way. A compression test highlighted density changes within the last storm and the two beforehand.