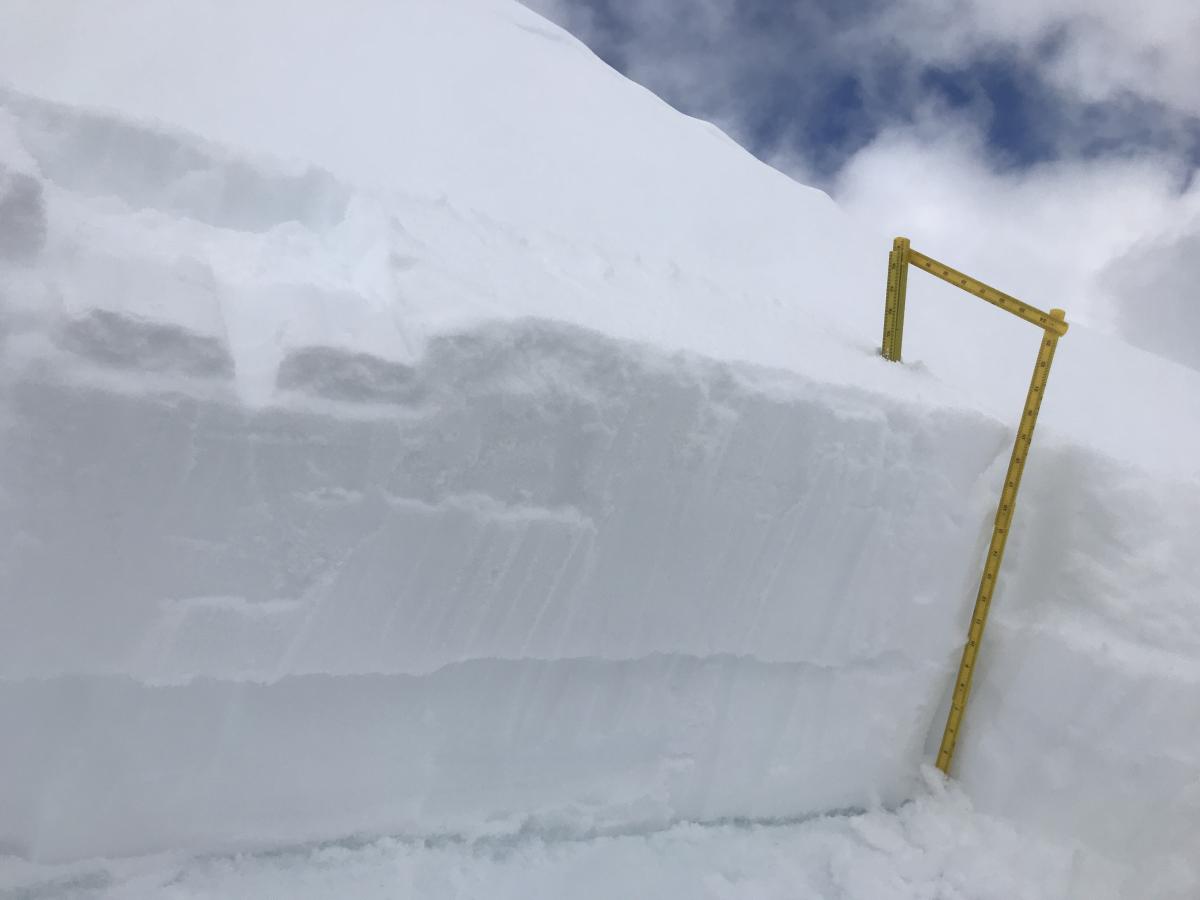 NOTES: Today was a lot of low clouds, fog and flat light. A few, very small specks of blue sky poked through, but overall it was a low visibility day until about 430-5pm when finally the clouds started to clear. Above 6,500 feet, it still felt pretty wintery all day with snow on the trees and chilly temperatures. The high today at the OSB station was only 26 degrees. No natural or human triggered avalanches were observed. That said, above treeline on westerly aspects, numerous fully propagating extended column tests (resistant planar) were produced with moderate force. (ECTP12-14 down 10-12 inches) Winds were very calm today. Previous, moderate wind loaded westerly aspects. Drifts 2-3 feet deep. In some locations, a soft sun crust exists between the two sections of storm snow from this week. Overall, the storm snow from the week of 3/16 is fist to four finger hardness and resulting in good riding conditions. There is a chance a light sun crust formed in isolated locations late this afternoon. The storm snow has settle out well, though the moderate force, propagating ECT failures were a little surprising.