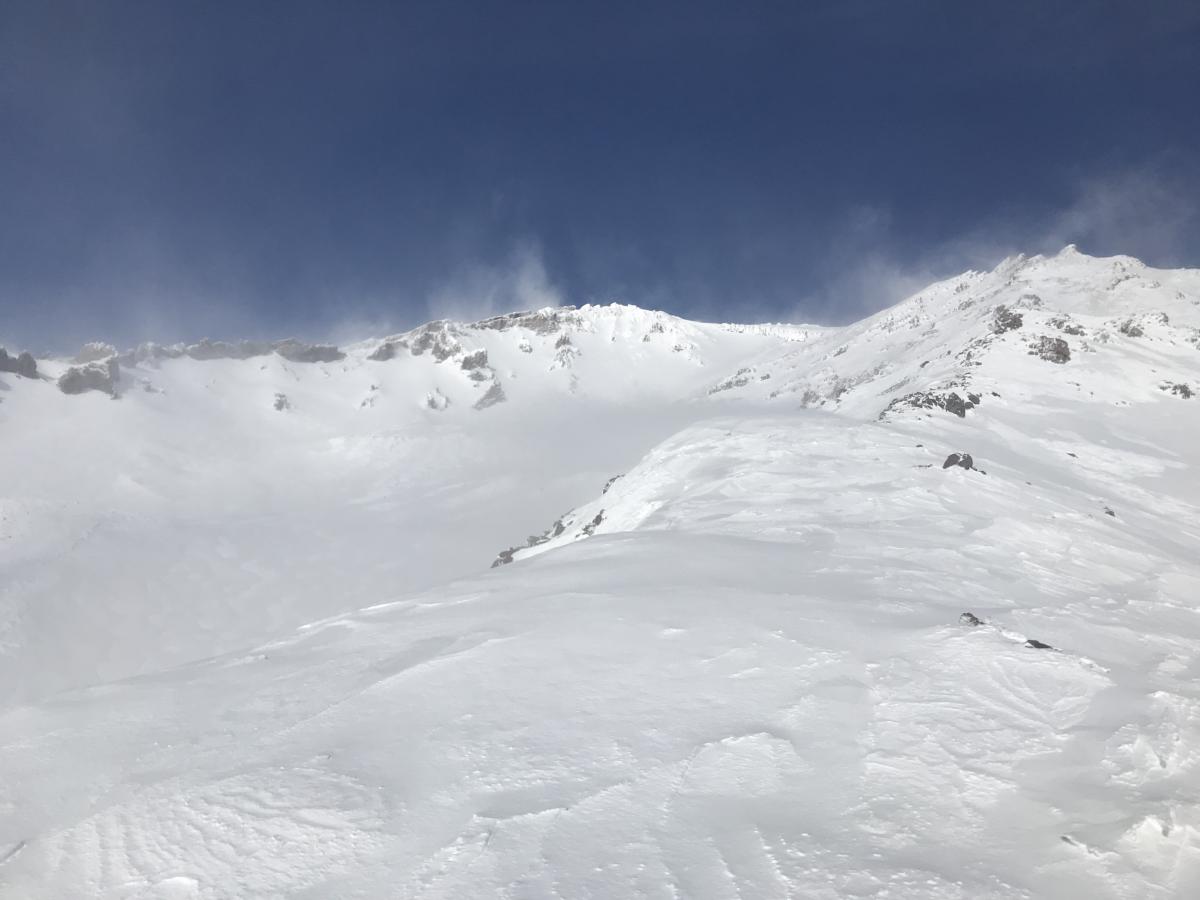 WIND: Calm below treeline, moderate and gusty near treeline, strong above treeline...westerly in nature, switching to southeast near the noon hour

A last minute spurt in this mornings short lived storm brought in a storm total of about 6 inches. Westerly winds were strong and gusty near/above treeline terrain. Most all slopes steeper than 25 degrees (avalanche terrain) was stripped of the low density, new snow. Low angle gullies captured the most snow accumulation. Wind slabs were observed but none on steep enough slopes or size of consequence.

Below Treeline: 4 to 6 inches of low density snow evenly distributed on top of variable crust layers. The 12/19 icy crust less prominent at lower elevations. Wind calm and little to none previous wind affect. No signs of avalanche danger.

Above Treeline: Windy, primarily out of the west but localized swirling and eddies observed wind out of the south and east as well. All slopes steeper than +/- 25 degrees were scoured and wind stripped down to the 12/19 ice layer. Low angle gullies and leeward areas behind exposed rocks held drifts up to 2 feet deep. No wind loading was observed in avalanche terrain. Smooth, icy surfaces along ridgelines and moraine tops remain. Some shallow buried rocks still exist.