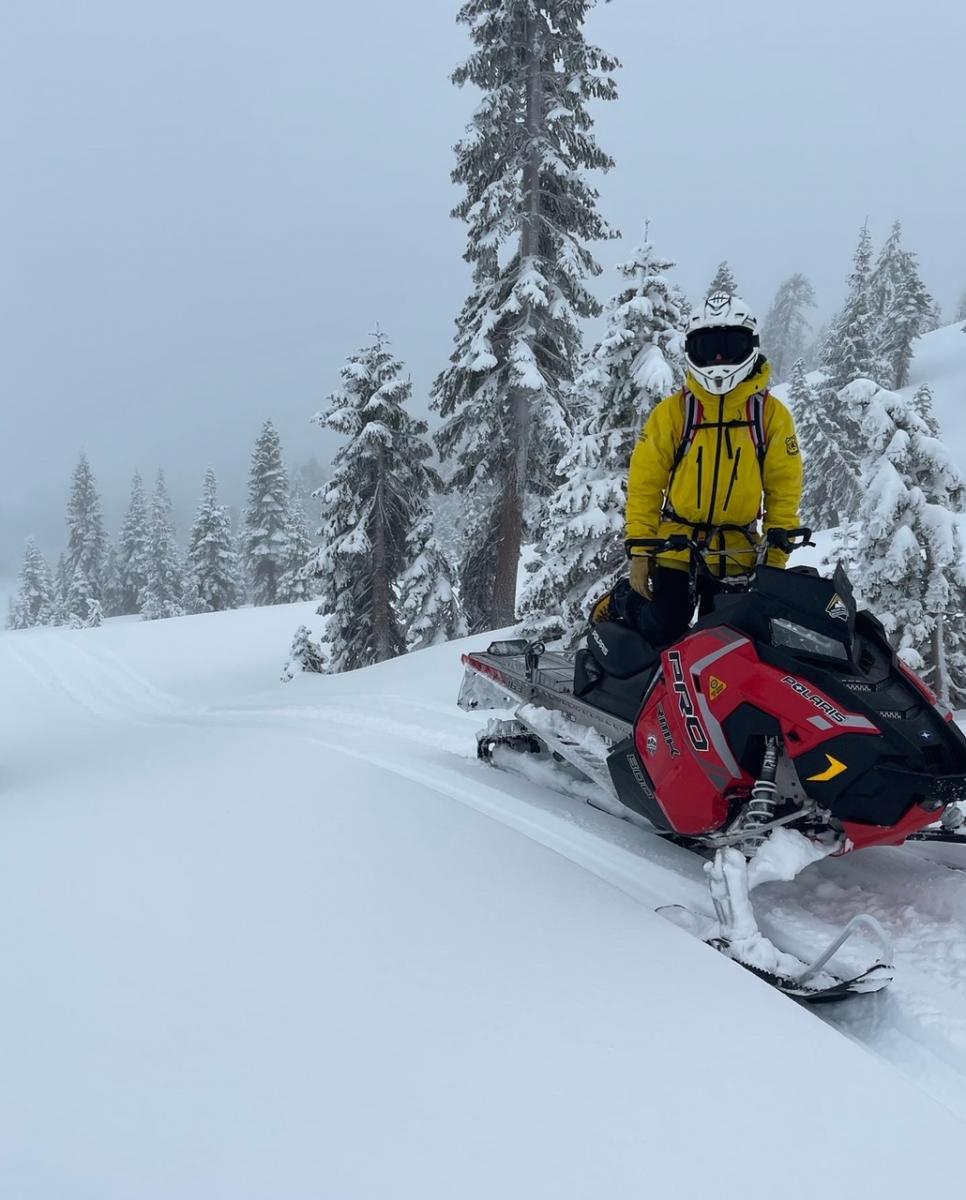 Since the beginning of the active weather pattern that started on January 3rd, we have received about 2.5 feet of heavy, dense snow above 7,000 feet, with water equivalent of approximately five inches. Visibility, observations and backcountry access have been limited, but we were still able to snowmobile up onto Mount Shasta on 1.5.23 and assess the snow stability.

Powder-over-the- hood riding was expected, but to our surprise, snowmobile penetration was only about six inches. On an easterly aspect near treeline at 8,000 feet, numerous, repeatable extended column tests failed upon isolation. A 2.5 foot thick hard slab rests tenuously on a thin crust/weak layer. This weak layer is fairly widespread. These eyebrow raising stability test results indicate a touchy snowpack near and above treeline. During the storm, snow levels hovered around 6,000 feet. The snowpack below treeline is a wet, mushy mess. Rain runnels and tree litter are a common sight.