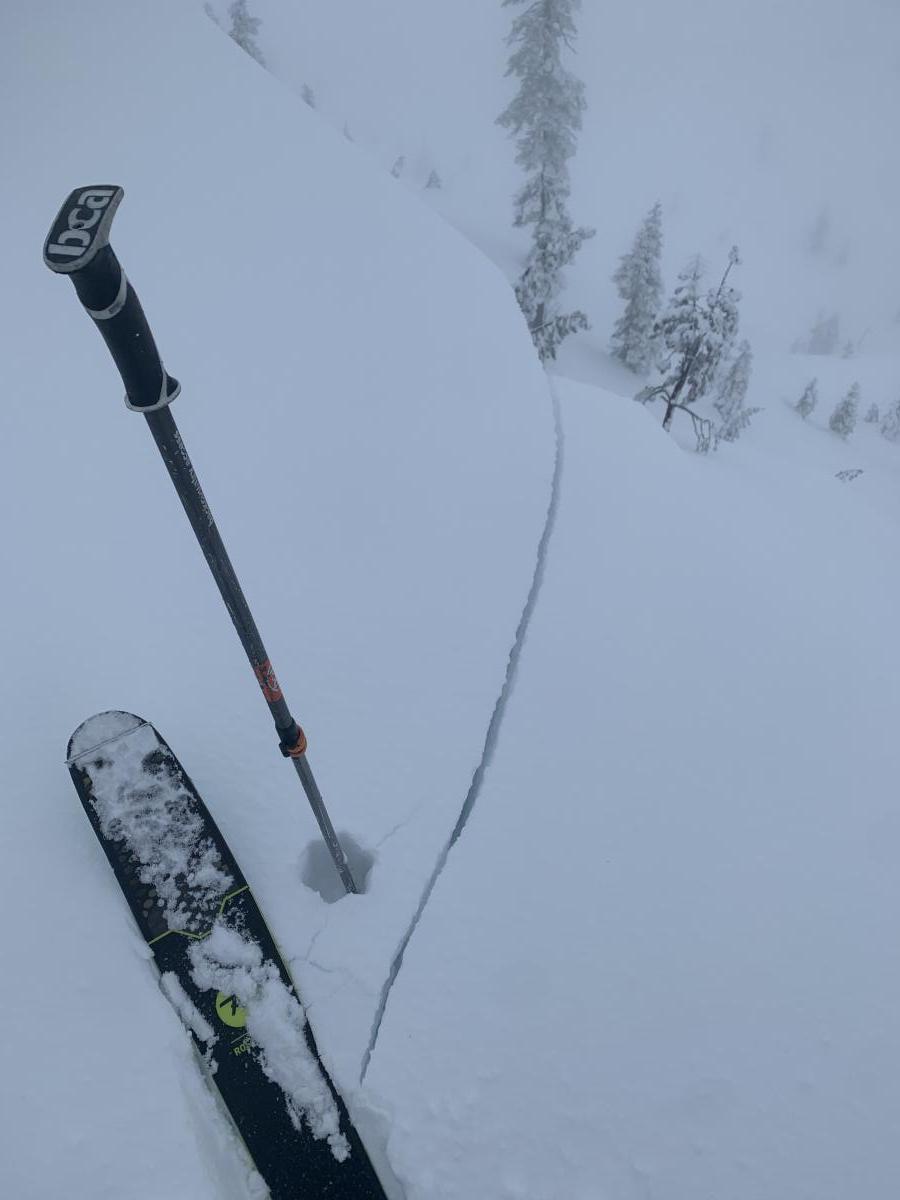 A full circle tour of the Castle Lake Basin today. The forecast area saw breaks in precipitation over the past two days, but very little clearing. Today was very similar to yesterday: very poor visibility, moderate SW/W wind, snow flurries and touchy cornices and wind slabs along wind exposed ridgelines, bowls and moraines near and above treeline. Below treeline, the new snow kept itself together quite well with no obvious signs of avalanche danger presented. New snow amounts varied widely depending on topography: anywhere from 4 to 12 inches of new snow was measured. In calm, protected areas, about 4 - 6 inches seems to be about average. Near and above treeline where wind was present was the priority concern for the day. Cornices along the ridges were quite large and sensitive. I stomped on a few small ones but stayed well clear of the biggies. Cornices did not trigger wind slabs on slopes below.  Wind slabs were observed up to several feet thick, but were not as sensitive as the day prior on Mt. Shasta. Again, the most notable watch out's for the day was cornices along ridges and wind slabs on steep (>35 degrees), unsupported slopes.