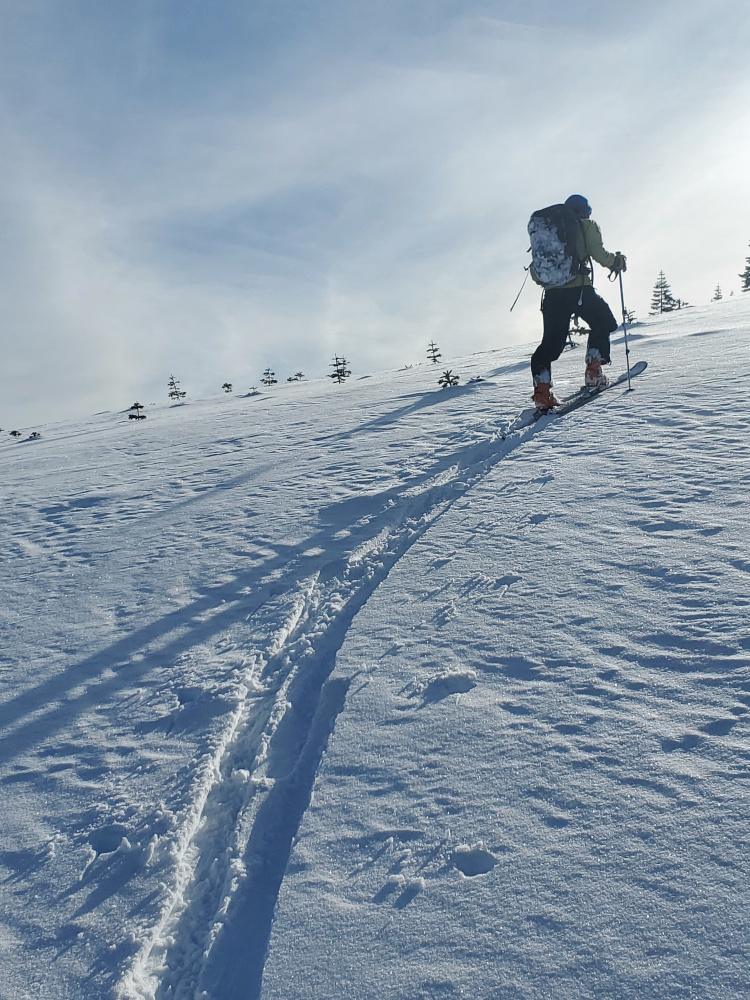 Observations from a tour into Trout Creek Drainage near Rainbow Mountain:

A tour into the Trout Creek drainage east of Mount Shasta and just south of Rainbow Mountain once again demonstrated that some of the fringe regions of our forecast area seem to stay colder, hold more snow, and resist the warming trends that are turning Mount Shasta's snow into mush and crusts.

That said, today's warm temperatures were causing tree bombs to plummet and pinwheels to roll in sun exposed areas, but north facing aspects were still holding low density snow. Measured snow depths were topping out at 5 ft. The snowpack off roads above 5,000 ft seemed to provide plenty of support for boondocking enthusiasts.

A full pit was dug on a NW facing slope revealing a lingering fist-hard weak layer deep in the snowpack about a foot off the ground. However, a thick crust lives above this, locking things up tight. It would probably take a snowstorm of biblical proportions to awaken this weak layer. Compression tests yielded no failures and a deep tap test conducted below the crust and above the weak layer yielded hard failures.

Roads are covered with thin, firm snow near the Pilgrim Creek Snowmobile Park. You can drive further into the wilds if you seek better snow for your sleds. Some of the trails in the Triforest trail system have been groomed.