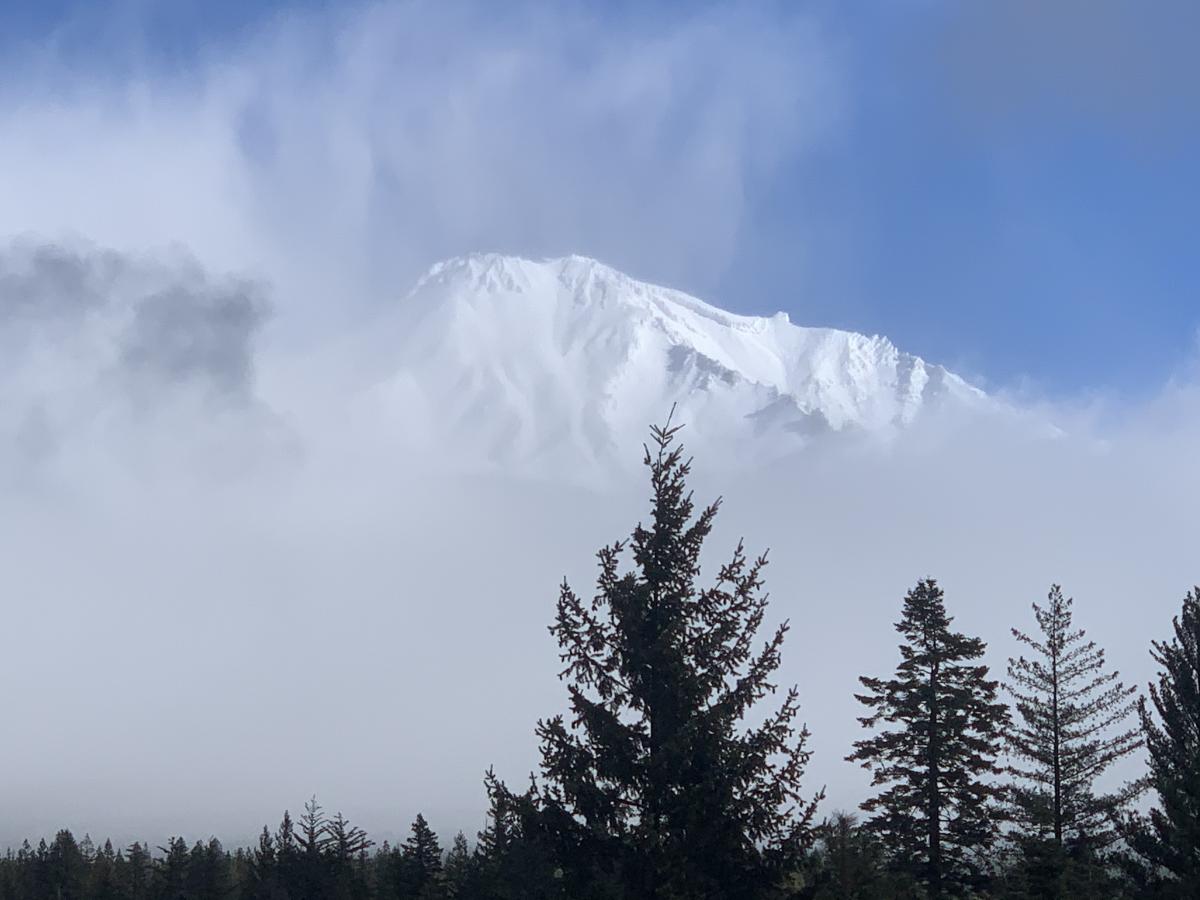 An ethereal day with a bit of everything from light snow, blue sky, wavering clouds and fog. The morning was much clearer, the afternoon cloudier. While it snowed all the way to town, real snow on the ground was observed from 5,000 feet and up along the Everitt Mem. Hwy.. Three to five and a half inches of new snow was recorded from last night's storm, about a foot of new snow over the week since 12/11. Approx. a foot of snow below that to the ground for a 25-inch total base. Three easily found crusts throughout, some thicker than others. A layer of sugary snow exists 7 to 10 inches up from the ground. No avalanches or signs of weakness observed during snowmobile tour. Still, a shallow snowpack with many rocks. Now is probably the sketchiest time as many obstacles are barely covered. Above treeline has even worse coverage as periods of wind over the winter have scoured the early season cold,low density snow away. We need a good 'old fashioned sloppy, south-flowing, shasta-snowmaker storm to cream over all that rubble!