Weak snow beneath the surface on Mount Shasta. 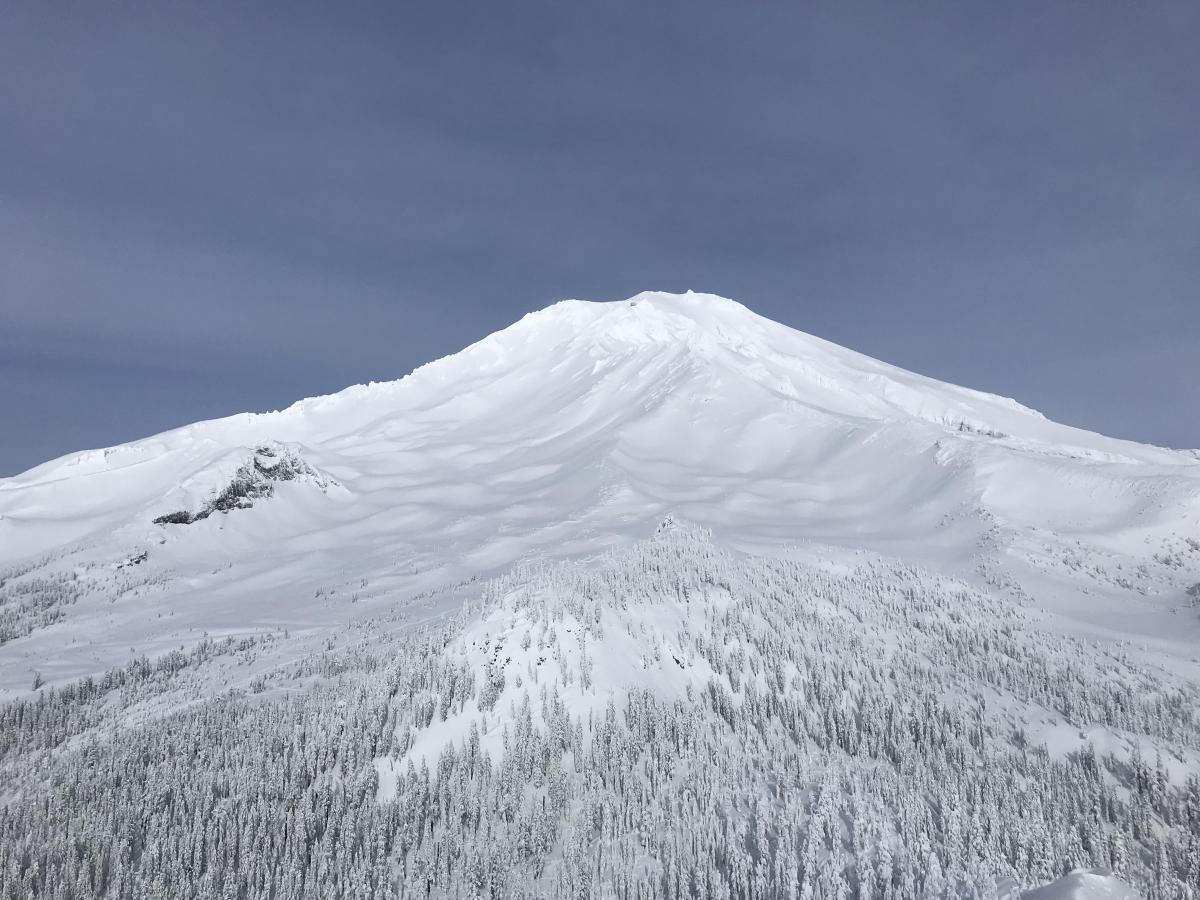 With the superb visibility, my goal was to get out and have a look around. I saw several old storm slab crowns on a steep west aspect near treeline on Gray Butte and a large debris pile in the flat area below Gray Butte (see photo). Mount Shasta looked splendid and well-covered, to say the least. Western and northerly aspects in the alpine looked wind loaded and displayed textured surfaces, such as wind ripples and wind lips. Large cornices on east and northeast aspects dominated the ridgelines, and the slopes beneath looked soft and unsuspecting. However, they were indeed wind-loaded, hosting a 2 ft slab of cohesive snow atop a very soft layer of snow 50 cm down. Above treeline, I observed no signs of avalanche activity. An ECT was performed on an east aspect at 8,442 ft, near treeline, with unstable results on the weak layer of snow 50 cm down.