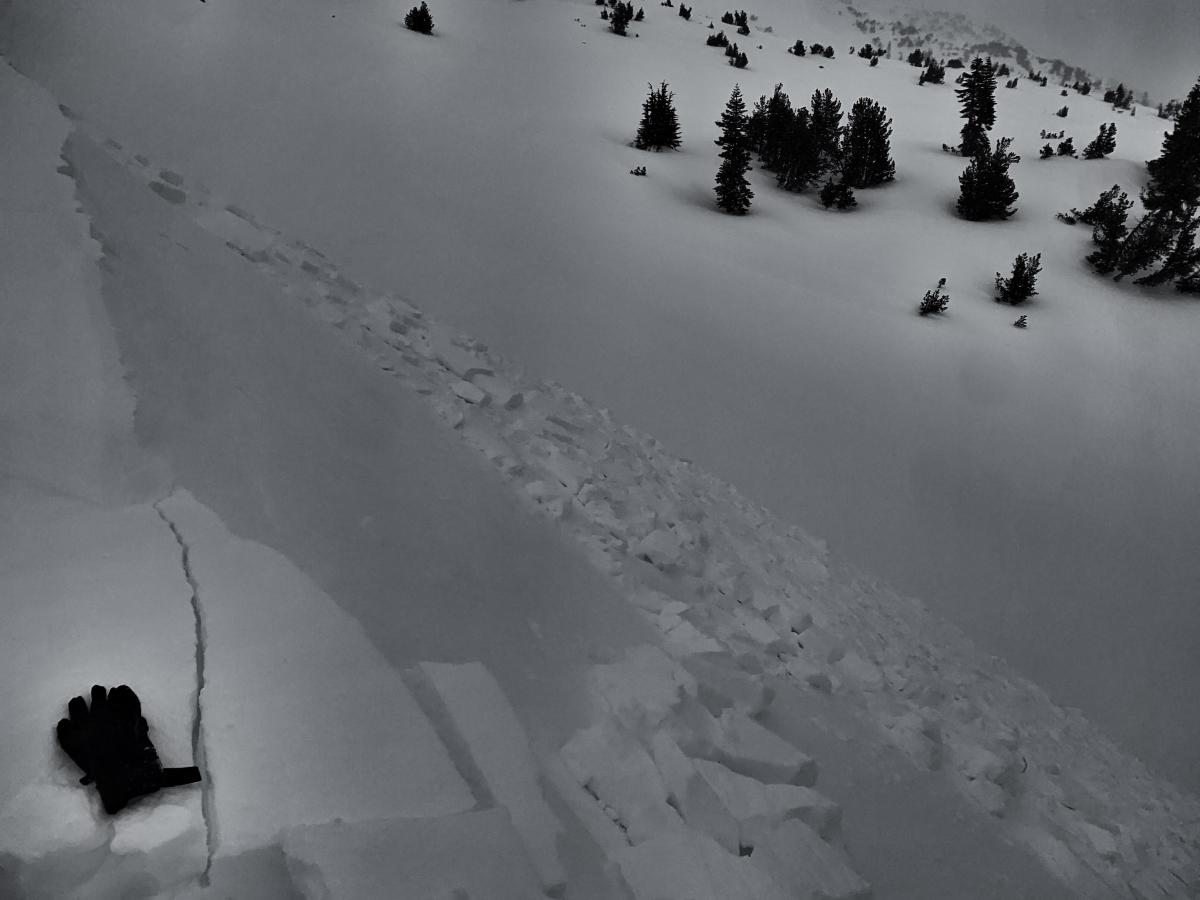 A fast moving winter storm swept through this morning, kicking in about daylight and bringing an initial burst of 1-3" of snow at Bunny Flat and 4-6" in the Old Ski Bowl area. Snow was on again, off again during the day. The sky remained obscured. Blue sky and sunshine did not come out to play. The wind was apparent near and above treeline, but spatially variable. One area you'd feel it, not far away you wouldn't. West/Northwest wind speeds overall were diminished today and provided for some good wind loading on northeast, east, southeast aspects where wind was apparent. Temps reached 29.5 F at 1400 hours near treeline. Triggering small wind slabs on test slopes was easy and cracking in the snowpack was observed. Cornices were fragile. Wind slabs were 5-7 inches thick and consisted of the new storm snow and subsequent loading by WNW wind. Below treeline, extended column tests could easily fracture soft slabs within small amount of new snow, but did not propagate.

An initial burst of snow this morning, then on again, off again precipitation (snow) throughout the day. Total storm accumulation 3-6", more the higher in elevation you traveled. Sky remained obscured. The light was very flat above treeline and visibility poor above 9,500 feet.

Evidence of the extreme winds yesterday could be observed from the numerous tree tops that were snapped off and laid freshly on top of the snowpack.

Blowing snow was observed near and above treeline and in open areas below treeline. Aspects NE/E/SE facing wind loaded with 6' to 12" drifts.